Disgusting Tories try to extend 'Universal Credit' on the sly

Those disgusting Tories try to extend 'Universal Credit' on the sly... 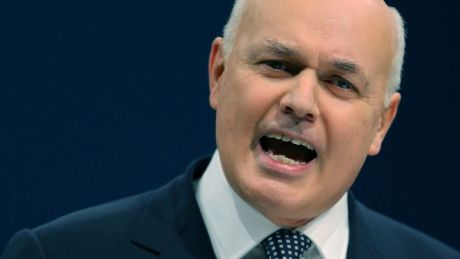 Pie this and pie it hard!

Those disgusting Tories try to extend 'Universal Credit' on the sly...

No worries if you have missed this so far, because these nasty b'stards are introducing the worst of their so called 'welfare reform' on the sly. So far it has been introduced and monitored in a limited number of 'job centres' in the North West of England. This has centred around Wigan in 10 or so 'jobcentres'.

Now they are planning to roll out this further in the North West:

http://www.bbc.co.uk/news/uk-politics-27934566 Presumably this is because they haven't met any kind of active resistance to their plans yet.

There's no mention in the article of who exactly this further welfare assault is aimed at. Does anyone know what areas of the North West or especially what 'jobcentres' are being targetted by these rich tory b'stards this time?