The fascist EDLer is a dying breed, but miscreant neo-nazi parents are doing their utmost to transmit their rabid race hate onto the next generation, dressing their offspring in terrorist balaclavas for EDL demos and training them in the art of racist chanting. 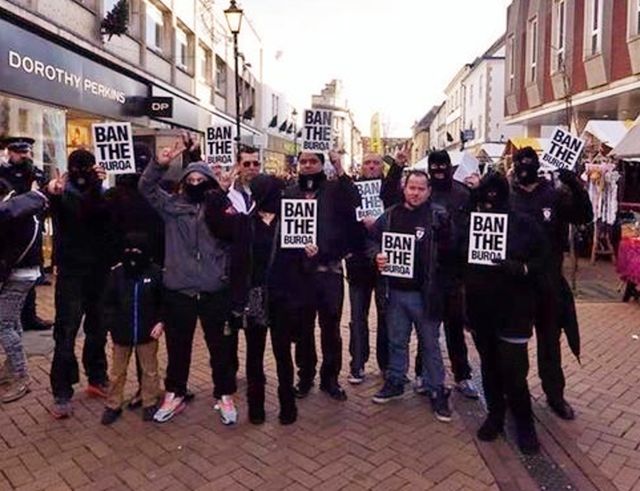 Thanks to the despicable actions of far right parents introducing their progeny to fascist political organisations, be they BNP, EDL, Britain First or UKIP, the toxic legacy of brainwashed race hatred is guaranteed to continue from generation to generation. Bringing up innocent young children with racism in their hearts, is absolutely vile. Youngsters taught to hate by adults who should know better.

Anyone who teaches their kids to grow up in far right circles, is a shitstain upon society.

The picture was taken at their flash march yesterday in Mansfield.

One only has to remember the example of Nick Griffin - brought along to NF marches by his daddy, growing up into the Holocaust-denying monster he is today.