Liverpool is being turned into a police state while labour politicians do nothing. Just take a look at the dispersal order handed to our friends and family for feeding the homeless people of Liverpool, for providing an essential service, which the council is failing to provide. Merseyside Police's use of the Anti-Social Behaviour , Crime and Policing Act 2014 - Section 34/35 powers to move people away from outside the building is a deliberate attack on the human rights of people who support our occupation of the former Bank of England building, 31 Castle St, Liverpool. 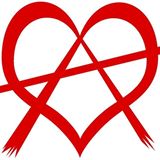 The use of these powers is sanctioned by a Labour Police Commissioner, Labour MPs and councillors who turn a blind eye to the attacks on our services; and cowardly Mayor Joe Anderson who has not met with us or acknowledged our demands that Liverpool Council rescinds cuts to homelessness services. We demand that police withdraw from outside the bank; remove the fence that has been erected outside in front of the bank; cease their unlawful use of section 34/35 dispersal powers; and that we reiterate our demand that Joe Anderson meets us here. The fence outside the front of the former Bank of England tells us and the public what the Council and Police think of us, we are here to stay. They want to get rid of us before the election next week.

We challenge them to try, our voices will not be silenced, we will be heard and we will not stop until our demands are met. We reiterate our previous demands of 29/4/15 and these new demands.
We also demand that access to water, food and other provisions continues, this morning, the Council and Police as well as erecting a fence around us, have stopped us having access to new supplies, through the bag and rope system. Our right to these provisions is enshrined in the human rights act.

The fact that we have an international audience highlights that the effects of austerity aren't only felt here in the UK, but also in the international community across the world. This is a great achievement. We will continue with our peaceful direct action that has taken place at this pre-election hour, and highlight that the entire way we have peacefully occupied this building hss been an embarrassment to the Police, Liverpool City Council, as well as to the Coalition Government themselves.

We urge Union members, branches, community organisations and those standing in the 2015 election to send us messages of support and solidarity.

We can build an opposition to austerity. Solidarity networks are essential. We are part of that web of consciousness, we are growing, join us.