A Bradford-based mass murderer who was jailed for 23 years for killing his parents, and broke his parole last year and was jailed for a further six months for operating a cannabis factory, has come out of jai to set up and extremely racist Twitter account @teed_paul David the James Bond fanatic has welcomed him to Bluehand. 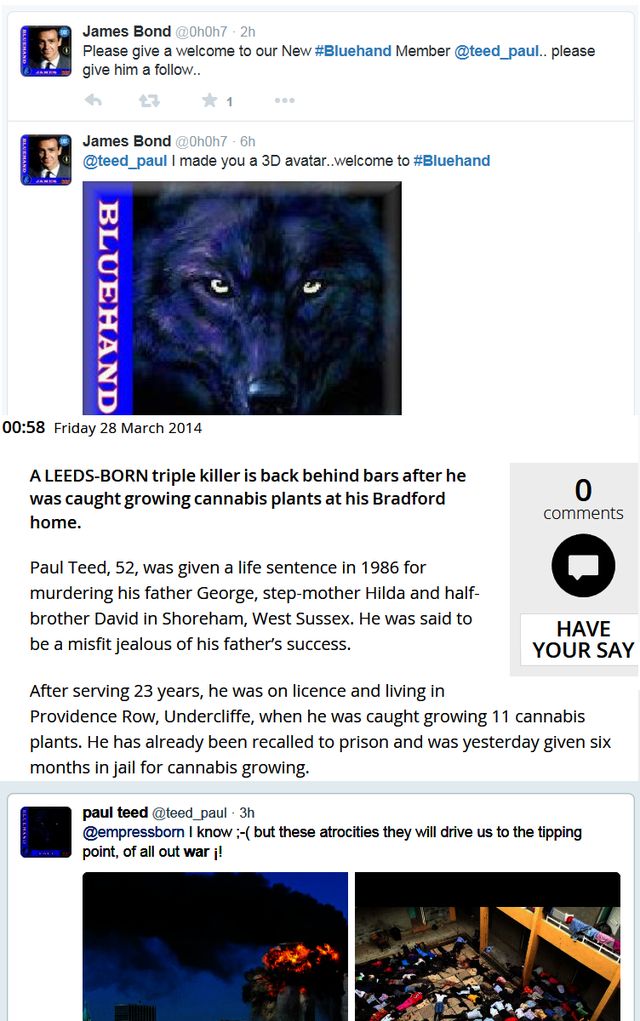 Desperate for members, the far right internet-old clique Bluehand, are now happy to invite mass murderers into its ranks.

He claims to be a changed man, and his blog advertised on his twitter account says he has turned over a new leaf.

But he lusts for death - the mass murder of Muslims in an "all out war".

The judge described him as a loner #bluehand