The National Front failed to leave Wigan with their heads high after local people and Antifa showed them they were not welcome in the Northern town. It didn't take long before ickle Diddyboy started shitting his pants when the time came to leave the pub they were hiding in. As always, as we always see at far right rallies of any kind, there were open salutes to Adolf Hitler, by someone who appeared to be wearing an ASDA staff coat. 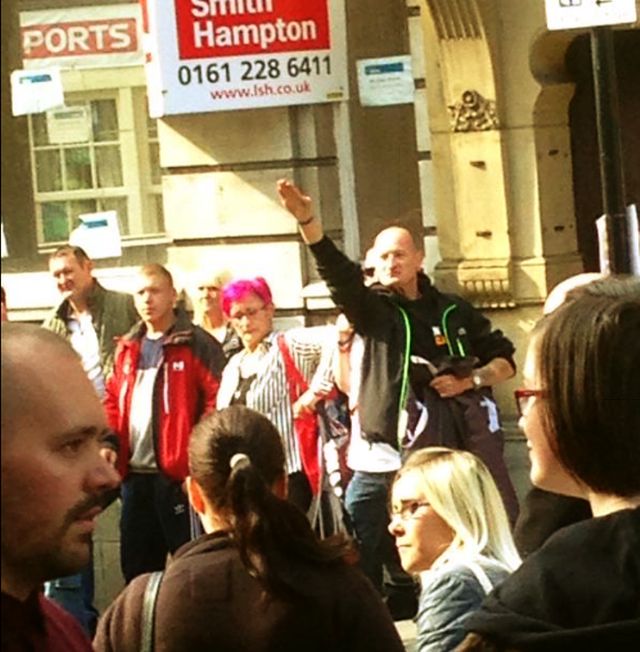 The picture shows a National Front neo-nazi making a sickening nazi salute to passers-by. From the green stripe on his jacket, he seems to be wearing an ASDA employee jacket.

If this is the case, ASDA's human resources team need to investigate and take disciplinary action against him.

For, if this is an ASDA uniform, this nazi piece of shit is putting ASDA into disrepute.