EDL supporting, Hitler loving kiddy abuser Michael Kinnear of Blackpool was jailed for nine years for the most horrific sexual abuse of a young girl along with his co-abuser Caroline Shaw. Kinnear was a regular at EDL demos, and was vocal in his campaigning against non-white paedos, whilst secretly he was a nonce of the most horrific kind, who conversations show, was discussing to rape and kill young girls. This shows the blatant hypocrisy of the EDL - an organisation teeming with horrific criminals and perverts. NOTE: - The EDL failed to protest outside the courtroom for the conviction of one of their own child abusers. No surprise there! 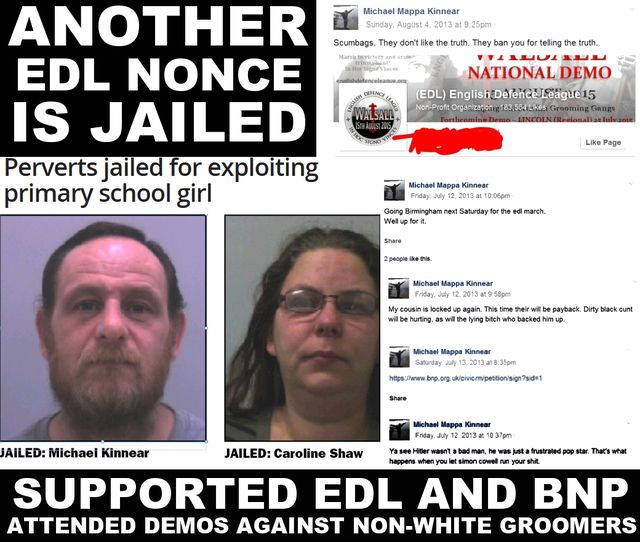 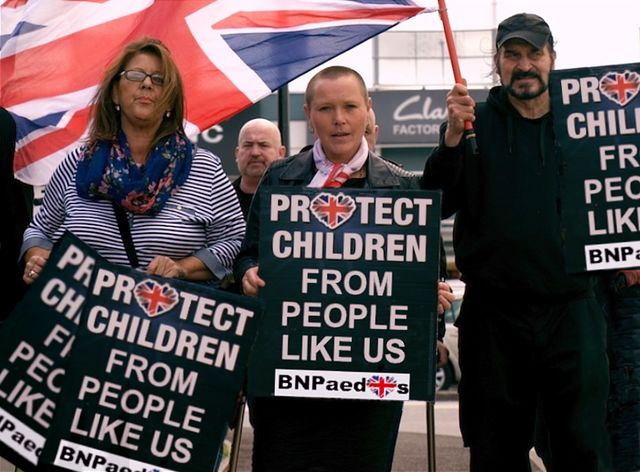 The despicable scumbags of the EDL are coming to Bradford to chant hatred against Muslims and refugees on Saturday the 14th of November at 1pm, unfurling banners saying "refugees not welcome". They are coming under the premise that they are protesting against so-called "Muslim grooming gangs", when in fact their own kind are busy abusing kids without so much as an apology or condemnation from the EDL leadership.

It says it all. Hypocrites, violent criminals and nonces galore, (not forgetting child murderers) in the EDL and BNP in Blackpool.

Ensure there is no rest for unpatriotic British fascists. Oppose them in Bradford, Saturday the 14th of November 2015. Arrive earlier than the EDL before 12pm.

Don't join the UAF pen. Instead protect the streets of Bradford from EDL fascist scum!