The EDL have become more and more hardcore neo-nazi week by week, as they venture from Islamophobia to National Front-like anti-immigrant fervour. Using the NE EDL's twitter account, Alan Spence chillingly justifies death threats by his own members towards landlords willing to help Syrian refugees, which is an out-and-out nazi-istic stance - classic fascist intimidation of anyone willing to help minorities. Oswald Mosley, who is former BNP-candidate Spence's spiritual hero, approved of similar tactics against the housing of Jewish refugees fleeing from Nazi tyranny. 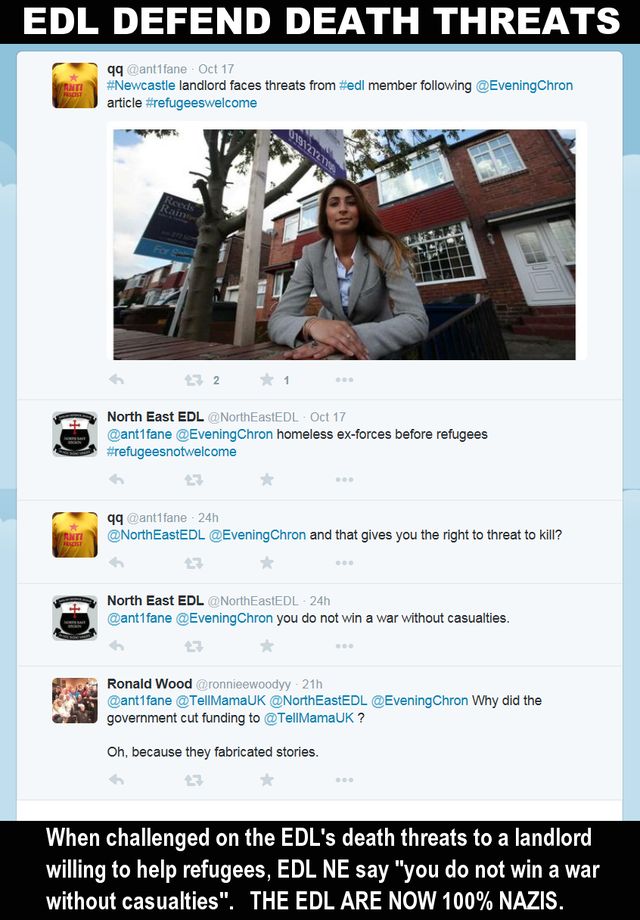 The EDL are now open in defending nazi death threats, and as such, should now be labelled as an active terrorist group by the government.

NO PASARAN TO NAZI SCUM!