Following the EDL's LGBT Division leader's miraculous conversion from gay to straight, and the unveiling of his latest new twitter account that does not mention his former sexuality once, Tommy is now a member of racist and homophobic #bluehand, and as such, volunteered as a steward for the vehemently homophobic National Front and their neo-nazi NWI / NEI buddies (as pictured). Notice the way he glances nervously around whilst he marches, teeming with self-consciousness. Nicknamed after a loyalist terrorist who murdered scores of Catholics, little Tommy English knows full well his will be in danger if his newfound National Front buddies ever discovered that he used to be gay. 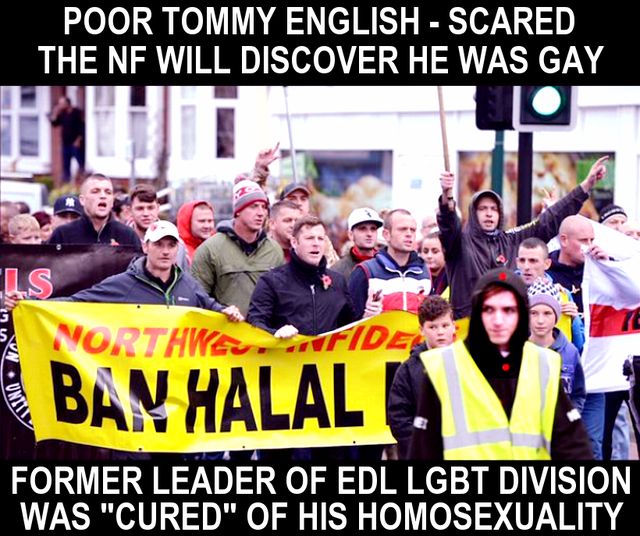 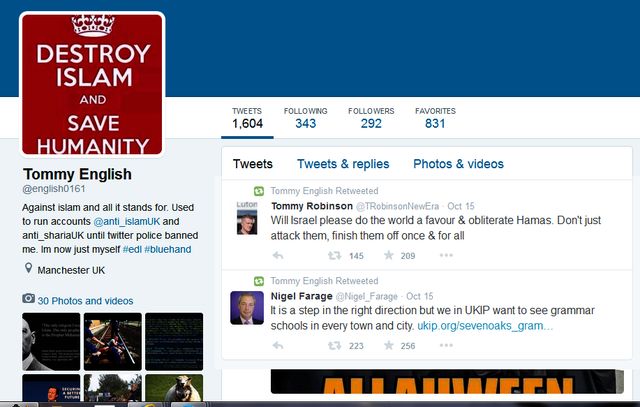 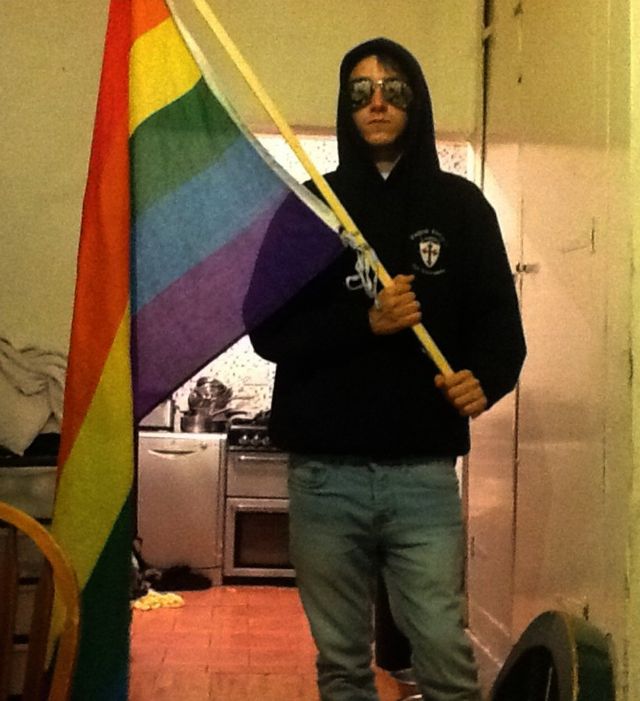 National Front members have beaten up LGBT people in acts of extreme violent homophobia since the 1970s. They are notorious for homophobic hate. How someone who for years with the EDL, claimed to be gay, could all of a sudden, with absolutely no explanation pose as straight and march with hardcore white supremacists, is an absolute mystery. Once his NF buddies learn the truth, he had better run for the hills.....

It's bizarre. Look how dear little Tommy junior appears to glance back nervously towards his homophobic neo-nazi brethren. His ears prick up like a scared rabbit in traffic headlights whenever he hears hears them use anti-gay slurs, scared shitless the NF or NWI turn on him, when there are no refugees, black people or Muslims to abuse.

Adolf Hitler originally permitted gay people become national socialist soldiers, but later sent his them to Auszhwitz and other concentration camps. "Tommy English" needs to read up his history books before it's too late, or else he too could be targetted for his supposed sexuality.