Wild animals should be free to roam around in their natural habitat. When the violent, repulsive, drunken, coke-snorting fascists of the EDL visit Bradford, they shouldn't be told to "get in the sea", Bradford being miles from the sea, but instead they should be directed straight down into the smelly, polluted underground stream that runs under Bradford City Hall - Bradford Beck. Wading through pools of disease-ridden slime should be a dream come true for these violent extremist scumbags. Spending all their time tweeting and Facebooking shite, they should be in their element swimming amongst the turds. If lucky, they will cop a dollop of two, whilst marching away from sight, under Bradford's city streets, giving them food for thought. 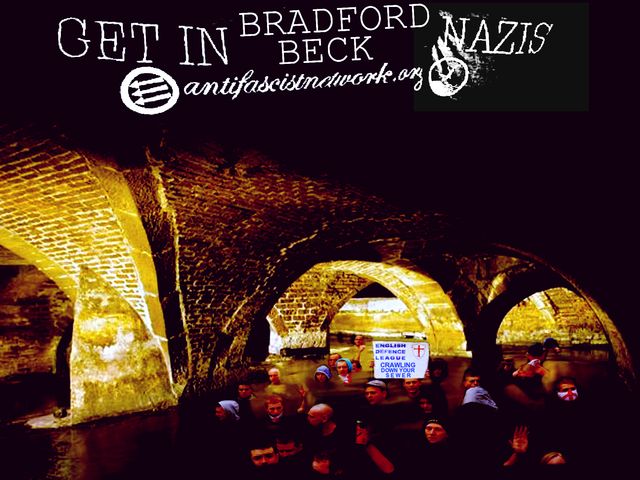 GET IN BRADFORD BECK, NAZIS! 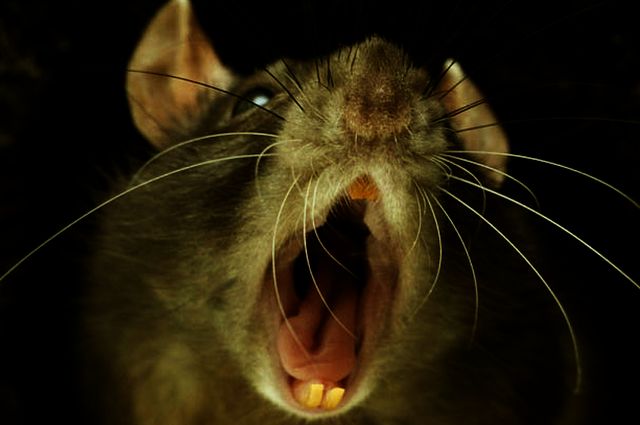 The EDL love to call Muslims "rats", just their hero Adolf Hitler when referring to Jews. Down in the dark, dank long-forgotten depths of Bradford Beck, psychopathic Islamophobic fanatics will learn at first hand how difficult it is to extreminate rats. Chanting "Allah Is A Paedo" won't get them far with a ten-kilo giant black river rat gnawing away at their tonsils, no matter how furious they are, learning of the rats better development in the trouser department. Rodent micropenises aren't much threat to the average man's self-esteem, however compared to the deficiently underendowed fascist footsoldier, they are immediately transformed into veritable Dirk Digglers. That and the alarming fact rodents also have much larger brains than racists, is sure to bite fatally into the EDLers' self esteem, leaving the sludge-smothered EDLers foaming with infernal jealousy.

Rats are neither Jews or Muslims - in-fact, they do not have a special diet at all, swallowing whole every single morsel of protein presented their way, including pot-bellied far right extremists.

GET IN BRADFORD BECK, NAZIS!