An anti-immigrant London chauffeur company with 50 thousand followers, which drives celebrities, politicians, sports people and worldwide dignitaries to the nation's capital is a vile anti-immigrant, anti-Muslim racist who supports UKIP and Tommy Robinson. He has set up a petition to stop all immigrants entering the United Kingdom. With so many followers amongst the rich and famous, you would think they would give him the cold shoulder, even if he didn't use a swastika as his logo. It goes to show how the upper classes don't care less about the politics behind the companies they use to provide services. 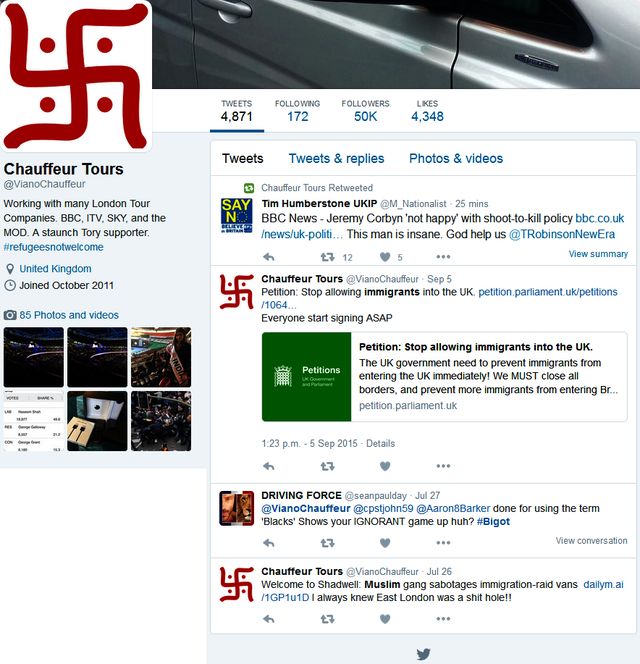 It is so depressing that someone so vehemently anti-immigrant is hired to escort the rich and famous all over London, and yet, this vile bigot is extremely popular. All those following who are not members of far right parties, who don't themselves loathe immigrants, black people and Muslims, should seriously look at themselves in the mirror.

The BBC and Sky should immediately cancel this nazi chauffeur's contract, for starters.