MEET former Lord Mayor, openly white supremacist Conservative Councillor Heather Venter on Driffield Council. A former Mayor, Venter tweets hatred against black people and Muslims, and likes anti-African and anti-Roma tweets regularly. One of the publications Councillor Venter regularly tweets out is the horrific neo-nazi online newspaper the Daily Stormer, where white power extremists and Adolf Hitler worshippers plot the next Reich. Maybe nobody cares less about committed neo-nazis holding office in Driffield, nor discrimination in the town. Councillor Venter wants employers to not employ Muslims, which is of course illegal as well as racist. 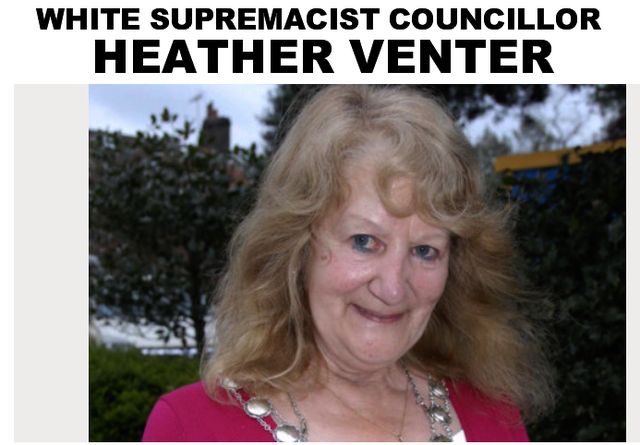 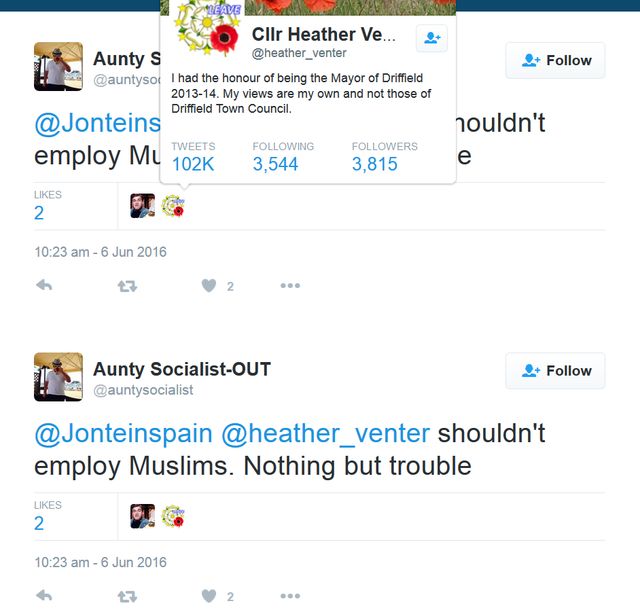 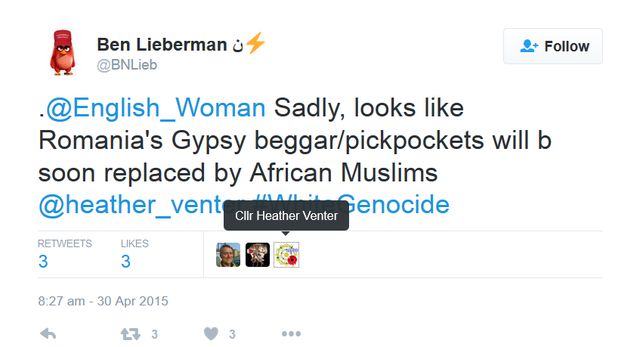 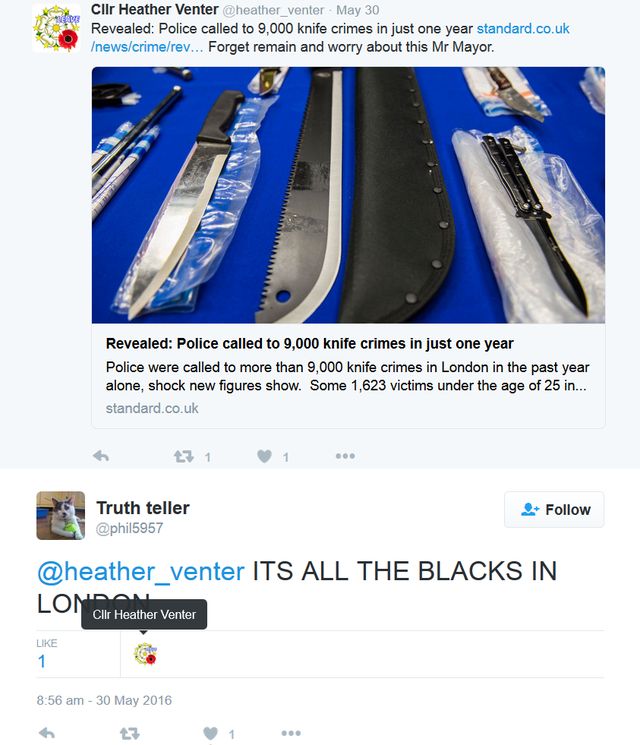 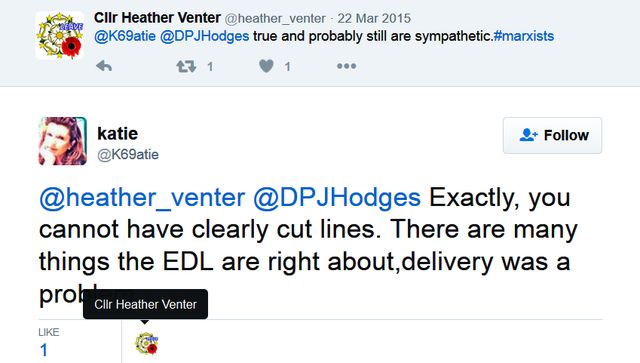 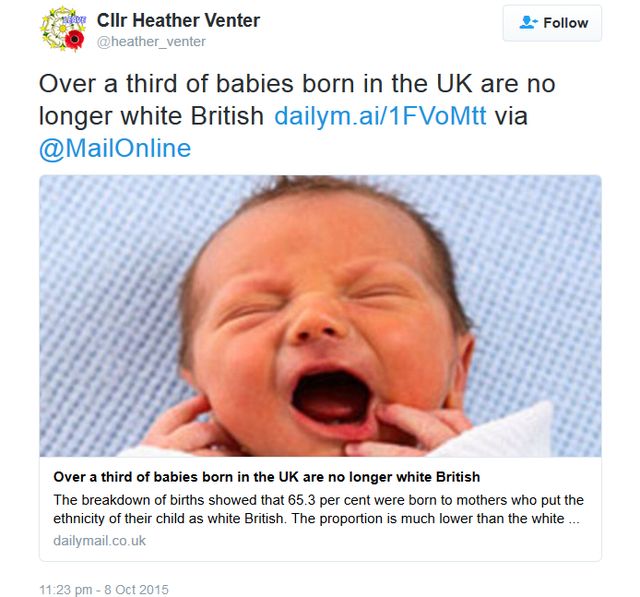 The Daily Stormer is an American white supremacist website founded by editor Andrew Anglin who had previously managed the Total Fascism website. Noted by the Southern Poverty Law Centre as an extremist organisation like Stormfront, it was named after Adolf's weekly tabloid-format Nazi newspaper published by Julius Streicher, Der Stürmer, and is vehemently anti-Semitic. As the screenshot illustrates, she helped advertise a pro-Apartheid march taking place in London. Another screenshot shows the former mayor of Driffield agreeing with the labelling of black people as thugs and criminals, which is extremely galling for somebody who has held office.

A retired anti-European campaigner, she is also a fan of the English Defence League, who offensively believes that British Muslims "ignore" English law in-favour of Sharia. She has sleepless nights distressing over scare stories about white children being out-born by non-Aryans which she also tweets out like a devoted national socialist cyber-stormtrooper. That and refugee Africans living in Europe ("white genocide"), and Roma people, whom she also does not like, half a million Roma people murdered in the Holocaust.

In the community, Councillor Heather Venter manages the Driffield Partnership and voluntary organisation Friends of North End Park, non of whom are aware of her sickening nazi views. She also is on the board of ERYLINK (Health Watch) and H&ER Credit Union.

After sending a scathing email to the East Riding Council they informed me that my email had been passed on to the standards committee and they have been asked to investigate.
Hopefully we'll see the back of this scumbag sooner rather than later.
Racism is not welcome in my town.