London's pirate radio scene is brimming with alternative dynamism, and many people wrongly believe its drum and bass stations are radical and left-of-centre. Not so, Rude FM, which is run by a supporter of the far right EDL and Tommy Robinson. A loather of Muslims, who looks forward to the beginning of World War III, the boss of one of London's original pirate D&B stations is an abysmal EDL London stalwart who is betraying London's multicultural society. 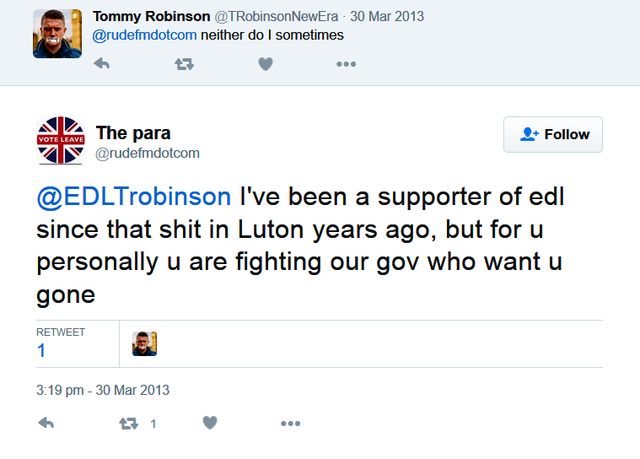 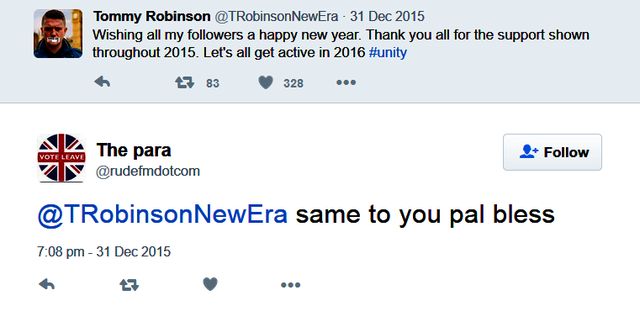 Fans of drum and bass are more often then not, alternative and left-of-centre, and have been such, since Maggie Thatcher imposed the Criminal Justice Act to stop the New Age Traveller scene supporting free-parties and orbital raves, however, not so Rude FM.

Everyone should know the truth about Rude's neo-Nazi owner, how he supports far right groups, dislikes socialists, and loves Britain to bomb Muslim countries. Calling himself "The Para", the guy is a walt, a pretend soldier, who's only battles he has ever fought involve large amounts of cocaine and Stella.

Their website (www.rudefm.com) boasts falsely "Appreciating diversity and supporting good music has always been a key factor for RudeFM.com". Diversity does not mean racial or religious diversity, most obviously.

Most if not all pirate stations support ethnic minority communities, but Rude is a big disgrace, supporting the fascist white male Stella and Coke set.

Illegally broadcasting on 88.2fm as well as www.rudefm.com, It is high time Ofcom paid them a visit, to bust them for pirate broadcasting.

Report them to Offcom now. It is Rude not to.