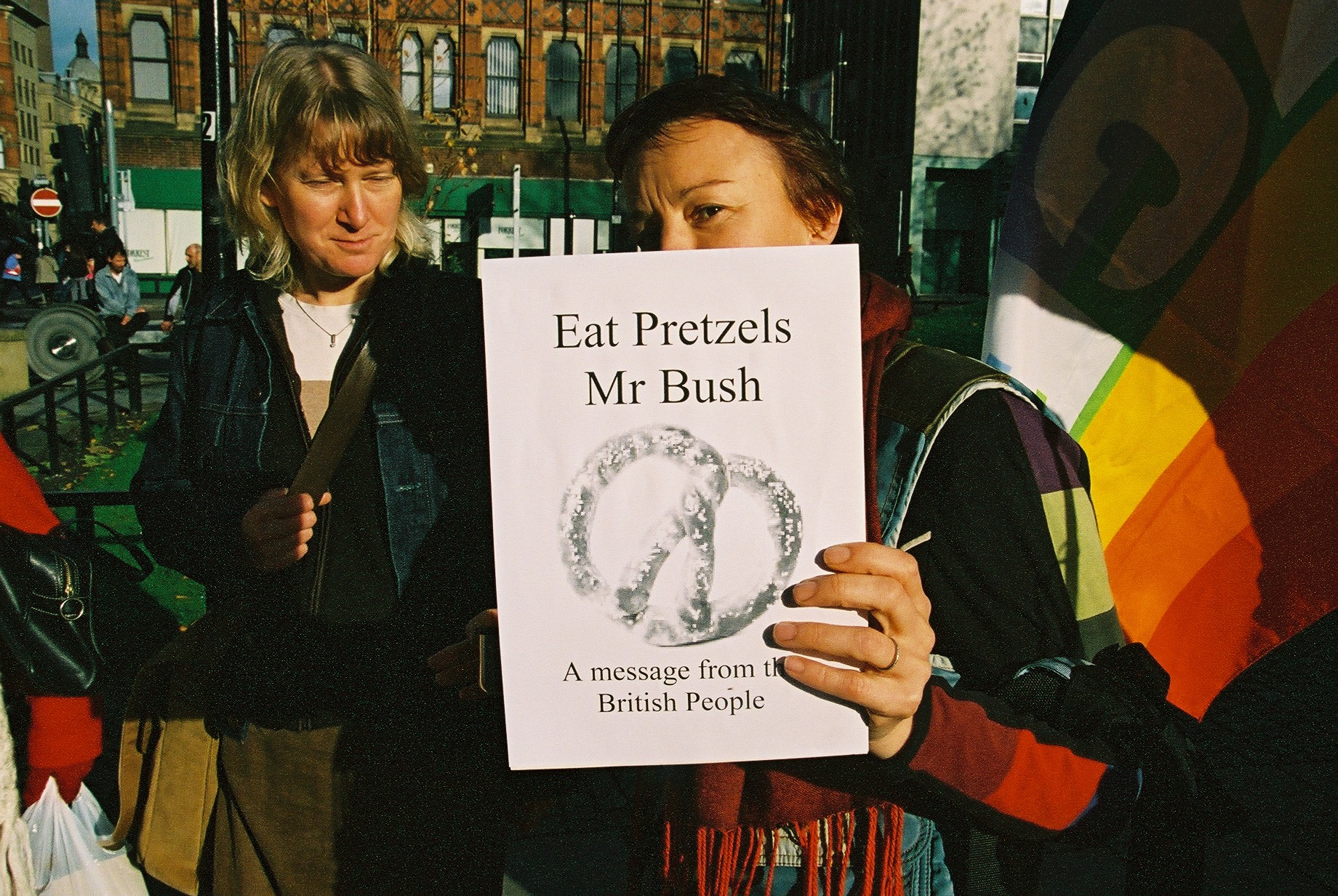 Choke on this Dubya 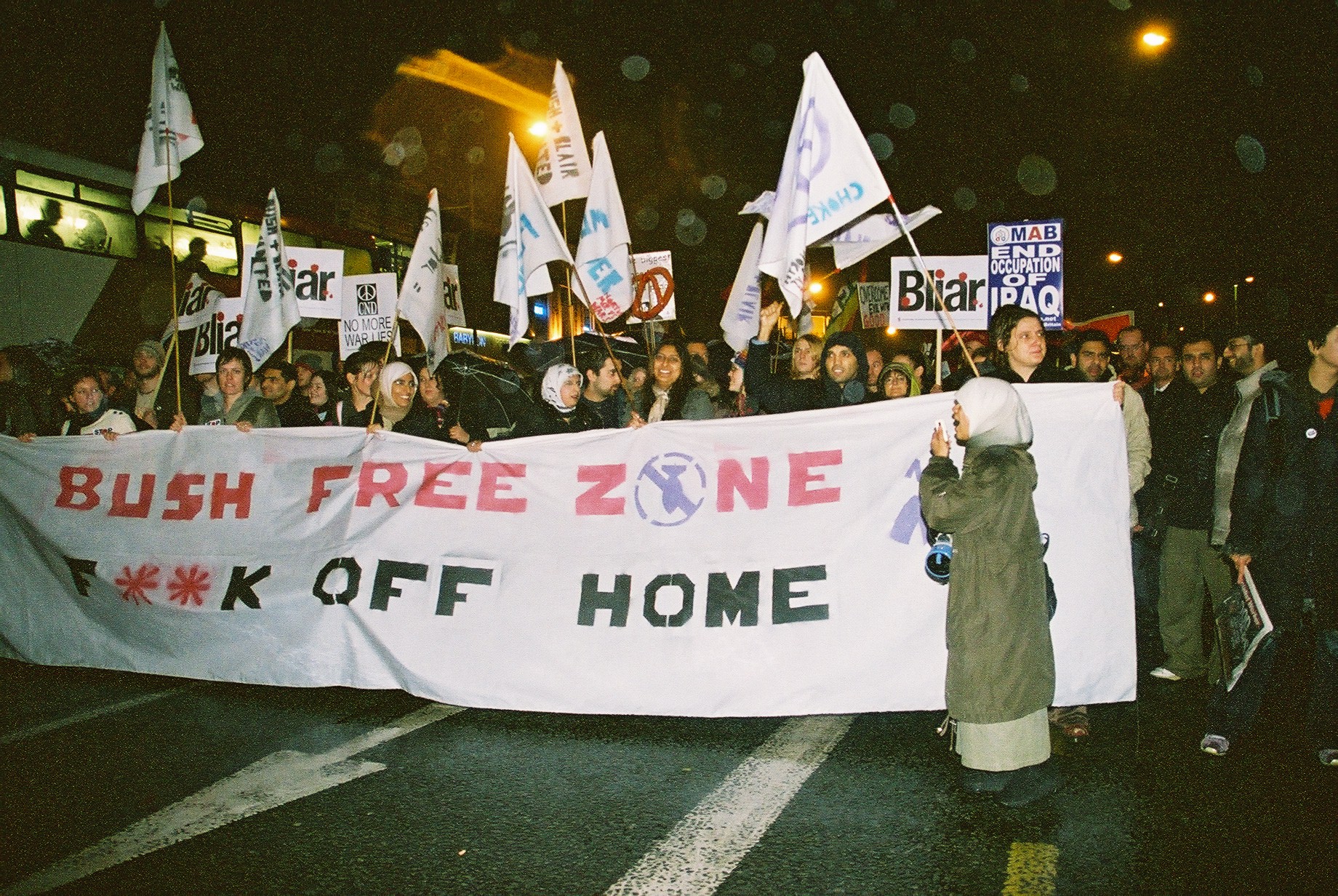 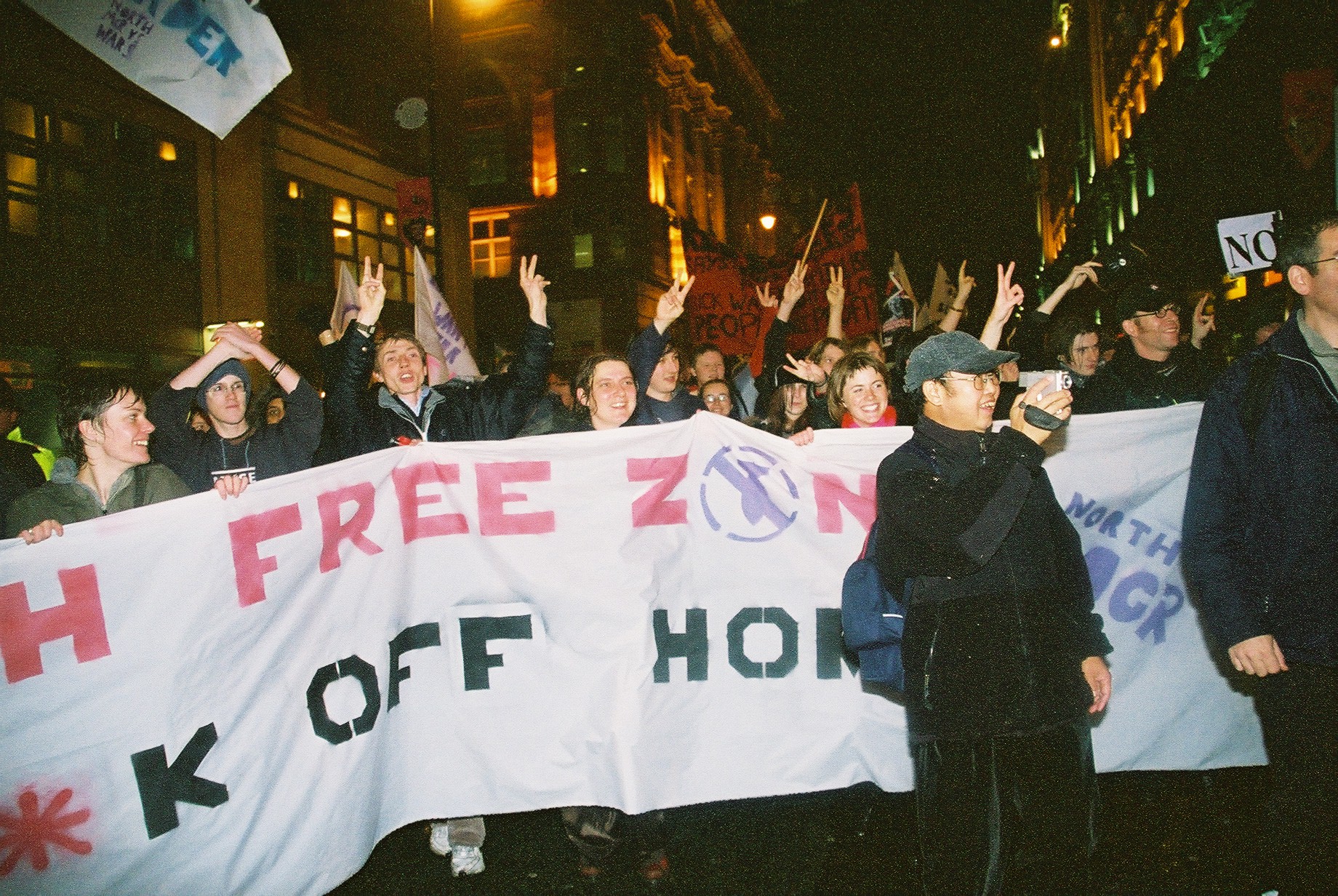 Greater Manchester Coalition to Stop the War invites you to....

The post Stop Bush protests meeting
Bring your photos along, share your experiences of
the campaign and the protests

(Regular GMC2STW weekly meetings will revert back to
their regular Tuesday slot for the following week)
pictures from the protests have been posted on Stop the War Coalition website
go to. www.stopwar.org.uk

LOCAL DEMONSTRATIONS took place across the country on Wednesday.

EDINBURGH: The atmosphere in Edinburgh was brilliant. There were about 7,000 people marching, singing "Power to the people" and banging drums. Around 1,500 marched to the US consulate.

GLASGOW: There were about 3,000 people in George Square on Wednesday night. Some 800 came to George Square at lunchtime as a statue of Bush was toppled.

BRISTOL: Over 2,000 people gathered in the city centre in the evening. The police refused permission for people to march, but they took to the streets anyway.

NEWCASTLE: We held the biggest anti-war demo we have ever had in Newcastle. Northern Region Unison helped mobilise for the demo, and there was a big contingent of school students.

MANCHESTER: It was a great day of protest in Manchester. Pickets of Esso Petrol stations,Lunchtime rally in the Peace gardens of 300. More than 2,000 went on a teatime march. Then around 1,000 plus went past the police chanting "Whose streets? Our streets!" back round the city centre to All Saints Park.

NORTHAMPTON: Around 100 people, including TGWU delegates, came to see a statue of Bush demolished.

EXETER: About 500 people rallied in the evening. The protest and speeches made local TV news.

BIRMINGHAM: About 1,000 people rallied in Birmingham. There were protests in Walsall and elsewhere in the West Midlands.

CANTERBURY: About 200 people protested in Canterbury. There were school students, pensioners and trade unionists.

SHEFFIELD: There were about 500 of us marching. At lunchtime around 200 people, mostly from schools and Sheffield's universities, marched round town.

CAMBRIDGE: A crowd of around 250 demonstrated in Cambridge, chanting "Bush, fuck you, Rumsfeld too-and your poodle!"

NORWICH: About 400 people protested in Norwich. Our toppling of a Bush statue went out live on TV.

NOTTINGHAM: From 5pm we marched round the town, sitting down, running and chanting, around 500 of us.