INDYMEDIA and other internet news archives have been mentioned in the European Parliament’s recent conference on asbestos that discussed a planning application to build 600+ homes and a children's nursery on the site of what was the world's largest asbestos textile factory- Spodden Valley, Rochdale in North West England.. 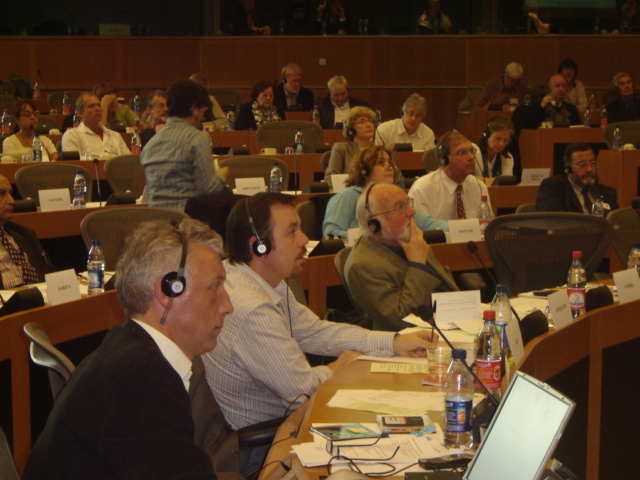 Speaking in the European Parliament...

INDYMEDIA and internet news archives have been mentioned in the European Parliament’s recent conference on asbestos.

“It was a privilege to speak at the European Parliament, yet it was very daunting: I looked across the chamber to see dozens of interpreters translating my Rochdale accent into over 15 European languages”.


Nigel Morrell explains how the campaign benefited from the visit:

“It was a chance to speak to Members of the European Parliament representing other states including the Netherlands, Ireland, Cyprus, the Czech Republic and Greece. We also spoke with Senators from the Dutch and Italian national parliaments”.

“Asbestos and health experts from all over the world were at the conference. They were very interested to hear about recent developments at the Turner’s site: They have been given weblinks to the Save Spodden Valley campaign’s news archive:

http://www.spodden-valley.co.uk/news.htm and those of Rochdale Observer newspaper:

“The Spodden Valley issues are now known about in beyond Europe in countries such including Brazil, India, the United States and Canada. They see it as a big issue- what happens at the birthplace of the world’s modern asbestos industry could affect the way their asbestos factory sites are cleaned up in the future”.

“Calls were made to use the example of asbestos contamination in the Spodden Valley as the model for why it is important to decide what constitutes safe contamination limits for soil. A consultation process is underway in Brussels to agree a Europe-wide definition of contaminated land”.


A poignant letter from Barbara Balmer, the daughter of a Turner & Newall asbestos cancer victim was also read out.

Su Wilson comments:
“You could hear a pin drop in the Parliament chamber when a letter was read out that compared the recent apologies made by the Countryside Properties and MMC to the words of a dying man apologising to his family for not being there to see his grandchildren”.

A minute of silence was held as a mark of respect for Alan Balmer and the countless hundreds of thousands of people who have died, and are still dying, because of exposure to asbestos.