Spodden Valley asbestos- a ‘hot potato’ that nobody wants to hold?

There is still confusion over which government and council agencies have powers and responsibilities over the site of what was the world’s largest asbestos textile factory. A consortium headed by Countryside Properties wants to build 600 homes and a children’s nursery there.

Was the public’s chance to question the council- ‘Gone in 60 seconds’...? 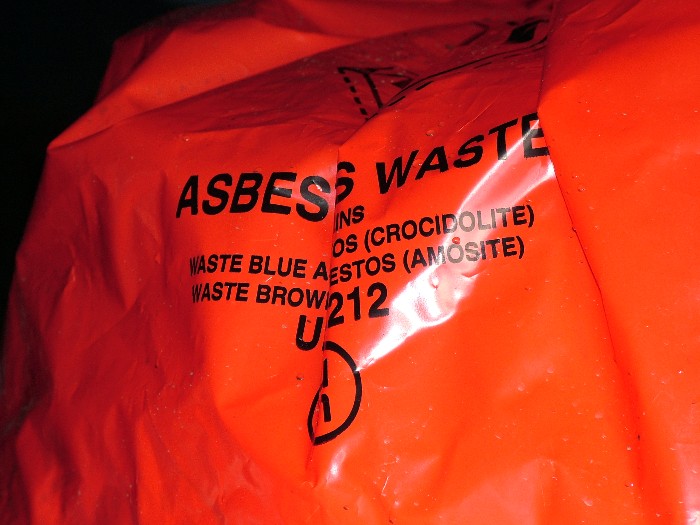 The HSE, Env. Agency or the Council don't seem to know where these bags went to

Paul Rowen MP has joined with councillors from all parties to ask a question about the Turners site at this Wednesday’s full council meeting.

The move was in response to the Save Spodden Valley campaign having this question blocked by the Borough Solicitor because it arrived by email 60 seconds after the deadline for the submission of public questions.

In a reply from the council emailed less than 6 minutes later, it was explained that the Borough Solicitor had considered the matter and ruled that the question couldn’t be accepted.

Jason Addy, Co-ordinator of the Save Spodden Valley campaign was surprised at the speed of the council decision:

“I feel honoured that the SSV campaign’s question could be read, processed, judged by the Borough Solicitor and a rejection message sent back all in under 6 minutes. That is remarkable service- I wish my glass recycling bin could receive the same attention!”

However, regarding the Council’s decision, Jason Addy was philosophical:
“I make no excuses- if the council’s rules are strict about the 12.00 deadline and the email didn't reach the council until 12.01 then that is my fault.
“I understand how difficult this can be for council officers- it can be a tough call for them- if they are seen to be showing favour to one group then others may have legitimate reasons for complaint.
“All we have ever asked for is fairness in addressing all the issues relating to the re-development of what was the world’s largest asbestos factory. We expect the developers to be subject to the same strict rules and scrutiny as it appears the local community is subject to”.
The campaign group insist that the question to be asked at Wednesday’s meeting is not a criticism of the Council or its officers. Jason Addy explains:

“All we seek is clarification of who is responsible for what at the site. There needs to be evidence of joined-up thinking - action not mere words.

“Recently, the Health and Safety Executive have issue a press release, the Environment Agency have attended a meeting and the Council’s Environmental Health Department have commented at the last Township meeting- the individual messages given out are confusing-

“There remains concern that, 18 months on, there appears to be no effective environmental policing of the site. The developers appear to have avoided a criminal prosecution over the destruction of the woodlands because of a lack of communication between the various government agencies. There can be no such failure in communication about asbestos and contamination”.

In his recent ‘apology’, Countryside Properties (Northern) MD Ian Kelley said that his company would not exercise their option to purchase the former asbestos factory site unless and until it had been fully remediated to the satisfaction of The Environment Agency, the Health & Safety Executive and Rochdale Borough Council.

Here is the question to be asked at this Wednesday’s Borough Council meeting:

“Matters of health and safety, for the whole Borough, arising the former Turner Brother's Asbestos factory site is a long standing issue that has received national and international attention. It has been the subject of a Maiden Speech and an adjournment debate in Parliament. It is a matter that has cross-party support in council, and both the Westminster and European Parliaments.

A multi-agency group, of various statutory bodies that may have
responsibilities for the site, has been established and has met several times: Last month the HSE gave a summary of is powers and
responsibilities. Last week the Environment Agency has did the same.

Please could Rochdale Council make a full statement as to its
powers and responsibilities over the Former TBA site.

Please note that this question is NOT meant in any way to be a criticism of our Council or its officers- the issue of enforcement, regulation and scrutiny is a complex matter and one that may require additional funds from central government and European sources”.