Last night at Rochdale Town Hall, a packed public audience cheered as the Township planning committee rejected a Countryside Properties (Northern) Ltd application to build 186 homes on the site of a former Tannery, Bleach and Dye works at Greenbooth, Norden. 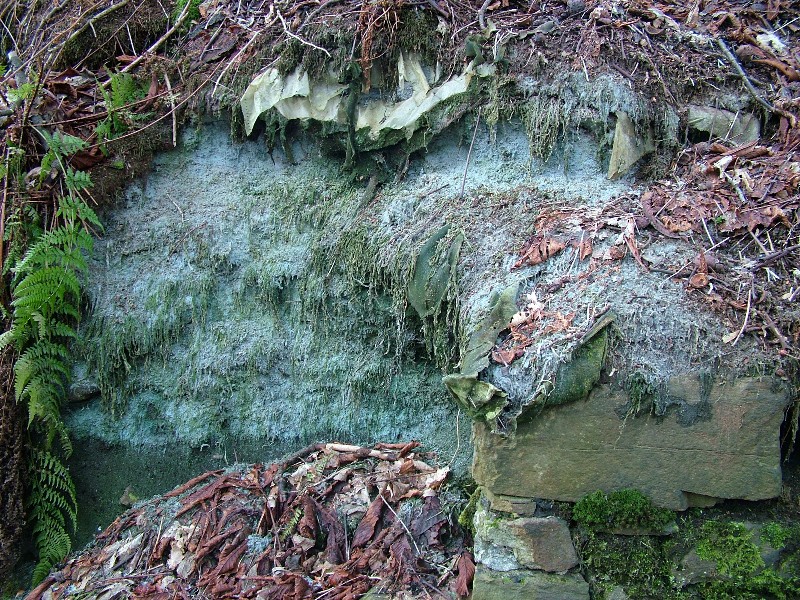 Save Spodden Valley campaigners took an interest in last night’s planning decision because the same Countryside Properties subsidiary is involved in the controversial planning application at the former Turner Brothers Asbestos factory site. Plans for 600 homes and a children’s nursery are currently on hold until 2006.

A major reason for the cross-party rejection of the Greenbooth planning application was the lack of information about contamination on the site. A recent Private Eye investigation revealed that an Environmental Desk survey had been commissioned by the developers that confirmed significant contamination on the site yet a more thorough that could have been conducted, known as Environmental Impact Assessment (EIA) but had not been done. The developers could have commissioned an EIA and Rochdale Planning Department could have insisted upon it, but took the view that it was not necessary.

Papers gathered under the Freedom of Information Act allowed Greenbooth campaigners to question the decision not to have contamination issues scrutinised fully prior to making a decision to build homes on the potentially polluted Norden site.

In striking similarities to past events in Spodden Valley with Countryside Properties, exposed waste has been photographed at Greenbooth in adjoining woodland. The bright blue contamination exposed waste at Greenbooth is not asbestos but appears to be tannery waste containing old hides and dye. As with the Spodden Valley site Rochdale Council’s Contaminated Land Officers decided not to immediately designate the area as “Contaminated Land”.

Last night’s meeting heard that tannery workers in the 1960’s were given annual inoculations against anthrax. The meeting also heard of International Labour Organisation papers listing the types of cancer-causing chemicals associated with contaminated sites once involved in industrial bleaching, dyeing and tannery work.

Government guidelines suggest that one option remediate contaminated land is through the planning process so that the cost of clean-up is paid for by developers.
Advice given by Rochdale Planning Department last night suggested that building homes was the only option and recommended the approval of application subject to further tests. Councillors from all political parties rejected this and demanded that the contamination issues be fully investigated and made public before any decision to build homes could be made.

Campaigners applauded the principle of responsible use of brownfield sites rather than destroying greenbelt land, IF it is done in a safe and fully accountable manner.

Remediating contaminated land can be very expensive, if done properly. There are strong concerns that the responsibility to test, assess and clean up heavily contaminated sites rests with developers whose primary objective is to make profit from their investment.

Under the planning meeting rules, only one member of the public was allowed to speak for 5 minutes. Ward Councillors are also allowed 5 minutes. Cllr Ann Metcalfe was unable to attend the meeting but her letter was read out by the planning officer.

Cllr Wera Hobhouse gave a forceful presentation to reject the current planning application on the grounds of public amenity, traffic safety and contamination.

In a detailed submission, Cllr Hobhouse questioned why an Environmental Impact Assessment had not been requested. The Coucillor quoted from the government’s own guidelines that suggest when there are issues of contamination, projects GREATER than 5 hectares an EIA may be appropriate. Countryside Properties application was for 5.1 hectares, the planning report refers to 5.3 hectares.

During the planning committee debate, councillors from all parties expressed their strong concerns about the need for more information about contamination. Countryside Properties controversial plans and past actions in the Spodden Valley were also referred to as examples of ‘miscommunication’ regarding environmental information.

“of particular note is the absence of any asbestos contamination”.

2005 has been a tough year for Countryside Properties in Rochdale-
In January 2005 a senior CP manager told BBC Radio 4 that local people were wrong to say there was exposed asbestos in the Spodden Valley. Subsequent BBC and Private Eye investigations revealed that exposed asbestos was known about by the landowners since at least September 2004. Countryside Properties also publicly denied knowledge of a “2003 Site Contamination Drawing” suggesting pollution throughout the development site. The developers and their environmental consultants Encia were also at the centre of confusion caused when positive test results for asbestos were omitted from answers given to the public, councillors and the BBC.

A public apology was made by Countryside Properties yet fresh controversy occurred when 50,000 brochures headed “Spodden Valley Regeneration – Community News” were recently published. They are currently being challenged for alleged misrepresentation and substantial errors of fact.

“It shows the importance of contamination issues relating to brownfield sites. It sends a strong message Countryside Properties. The public of Rochdale and its elected representatives don’t appear impressed by glossy brochures and slick presentations. From now on this Town will demand all the facts about contamination and our environment are open and accountable so that safe, positive decisions can be made.


“As an industrialised borough with a legacy of heavy industry we must ensure that all brownfield regeneration projects are of the highest standard. Corners cannot be cut. Future generations of Rochdalians must NOT pay the price for past environmental pollution with their health.”