Countryside Properties: Yesterday in Parliament-and on the streets of rochdale 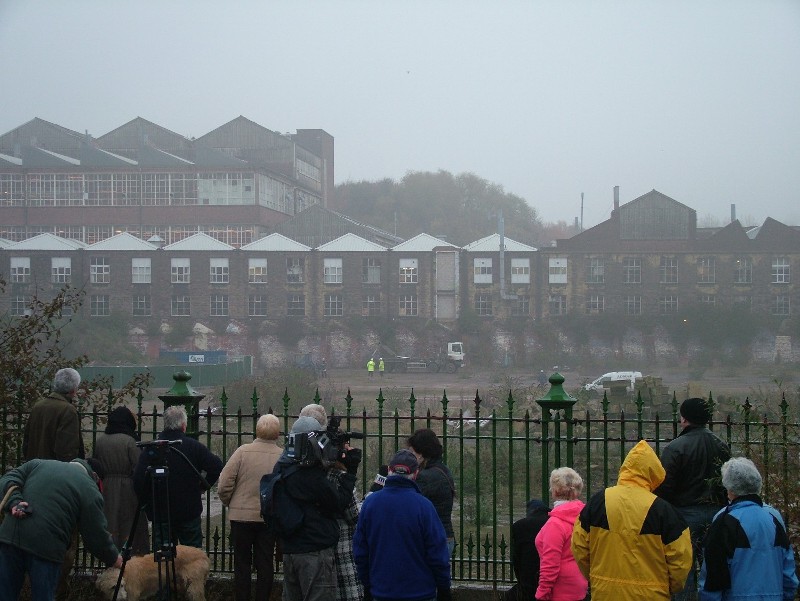 Meanwhile in Parliament cross-party support came from Jim Dobbin MP and Paul Rowen MP. Both spoke at length about the Spodden Valley and the need for tougher laws to ensure the safety of brownfield land regeneration:

From the vantage point 200 yards away campaigners watched water hoses dampen the rubble as workers in protective suits and masks drove diggers scooping the rubble into skips. Double mesh sheeted then secured the loads. HSE officers were on site to inspect the work. An Environment Agency officer was at the Pilsworth dump site to inspect the wagons and paperwork.

Using binoculars and long distance camera lenses, the work appears to have been done according to the joint HSE / Environment Agency press release.

Campaigners are to keep monitoring the work to ensure that the same degree of care is maintained when the media’s cameras are not pointed towards the site. As the past 18 months have repeatedly shown, constant public vigilance has been vital.

The following message has been sent by the Save Spodden Valley campaign to Jim Dobbin MP and Paul Rowen MP, the councillors of the TBA Working Party, the HSE, Environment Agency and Rochdale Council officers:


“Many thanks to the government and council officers, organisations and elected representatives who have worked hard recently to ensure that the removal of the rubble is to be done in a safe and accountable manner.

There are many questions that remain unanswered but these should not get in the way of expressing thanks today to everyone who is working to safeguard the health and safety of Rochdale”.


An email from the landowners has just been received stating that the operation to remove the rubble is taking longer than originally anticipated. The work is now expected to continue into next week.