Producer Hendrik Verbeure and Cameraman Mark Schellingerhout are Belgian based filmmakers who have just visited the Spodden Valley. They came to Rochdale to film the former Turners Brothers Asbestos site. This visit is central to their 2 hour documentary on asbestos and the diseases caused by exposure to the dust and fibre. 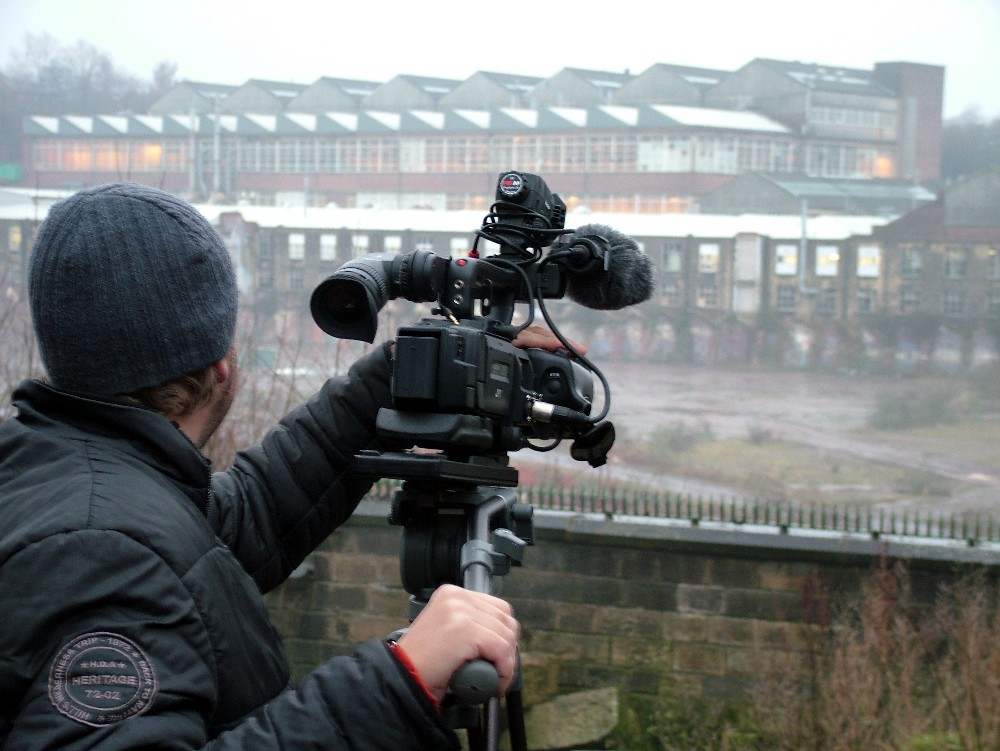 The birthplace of the asbestos industry...

The Rochdale site has importance to the film crew as it was the birthplace of the modern asbestos textile industry and headquarters of the T&N worldwide empire until 1948.

The world’s first asbestosis victim was Rochdale TBA worker Nellie Kershaw in 1924. The first mesothelioma cancer victim recognised by T&N was Spotland worker and resident William Pennington in 1936. The link between lung cancer and asbestos exposure was confirmed by a study of Rochdale TBA workers in 1955.

Researchers have uncovered documents that prove the asbestos and insurance industries knew about the dangers of the deadly fibre for many decades. Factory Inspectors in 1898 warned about the working conditions of asbestos workers. It has been suggested that the story of the asbestos industry is one where known facts about health and safety were suppressed for the sake of profit.

The documentary will also concentrate on the SSV campaign with reports of T&N documents and historic aerial photographs that have been presented to Rochdale Council’s consultants- Atkins Global.

The filmmakers have been following the events in the Spodden Valley and met with SSV campaigners at the European Parliament this September.

In Brussels this autumn, the Parliament chamber was stunned when the conclusion of the developers’ planning application was read out. Their Environmental Statement stated about the site of what was the world’s largest asbestos textile factory:

“of particular note is the absence of any asbestos contamination”. [paragraph 5.30].

Since the application was published further test results confirmed the existence of positive test results for asbestos on the site. However this was only confirmed following an investigation by the BBC that suggested that the developers had been selective in the information given to Councillors, Council officers and members of the public.

Soon after the BBC investigation, the developers published an apology for their ‘past actions’ and ‘miscommunication’.


Analogies have been made about the way the developers and their PR companies have presented plans to builds hundreds of homes and a children’s nursery on the site that had once been the HQ to the asbestos industry’s own lobbying organisation – the Asbestosis Research Council.

“The Rochdale factory site is central the history of the asbestos industry. Today, we are fighting to ensure all the facts come out about the site and asbestos to ensure that lessons can be learnt. The controversial planning application is firmly in the international spotlight”.

Filming has already been completed in Canada and Italy. It will move to South Africa in January 2006. A final visit is planned to Rochdale and Manchester in this Spring before the documentary’s completion for Summer 2006