"We're not here for benefits. Let us work!"

Over 50 protesters gathered in the snow around Grey’s Monument in Newcastle last Saturday to demand the right to legal work for asylum seekers. 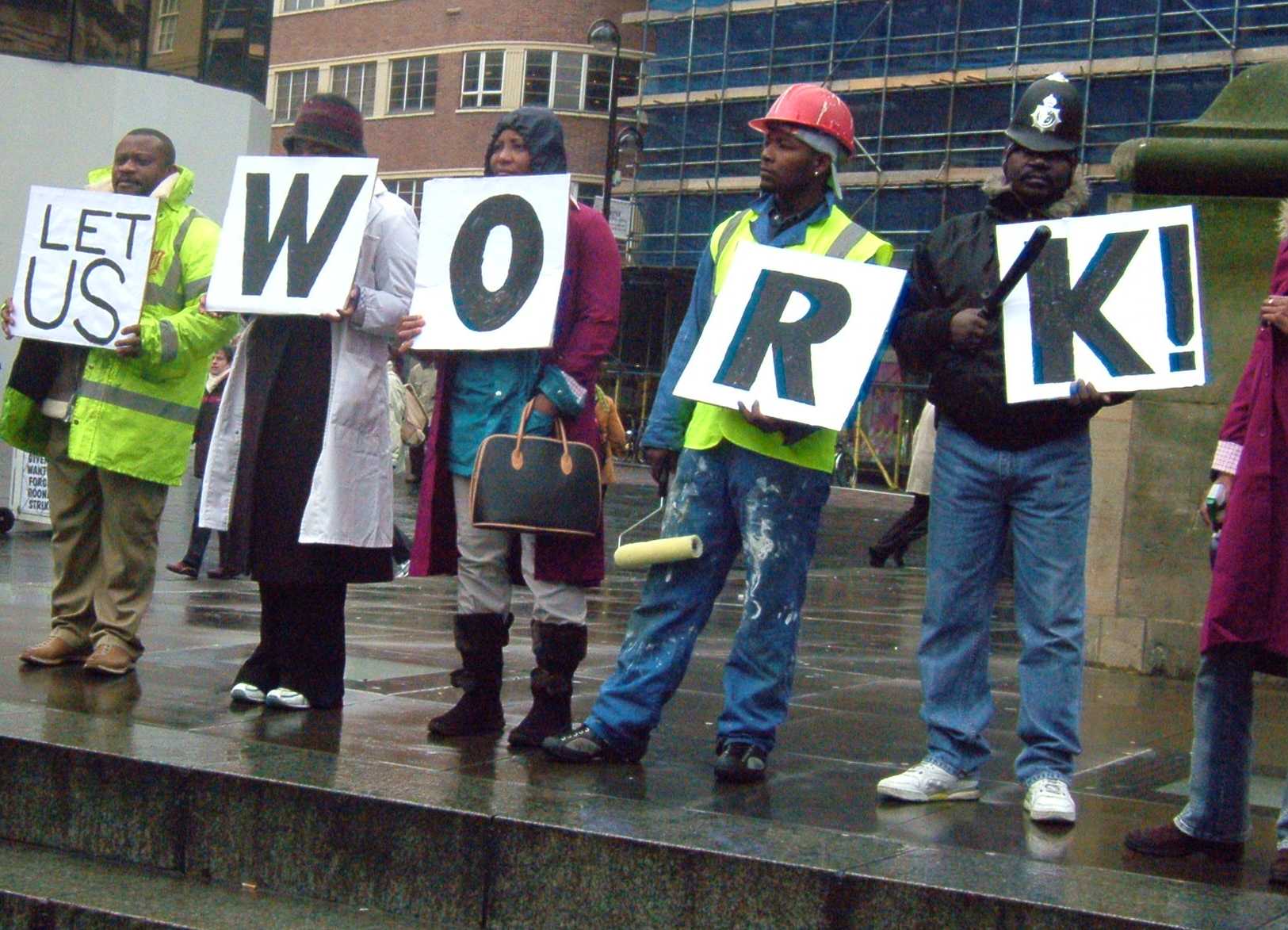 Street theatre showing the skills that asylum seekers could contribute. 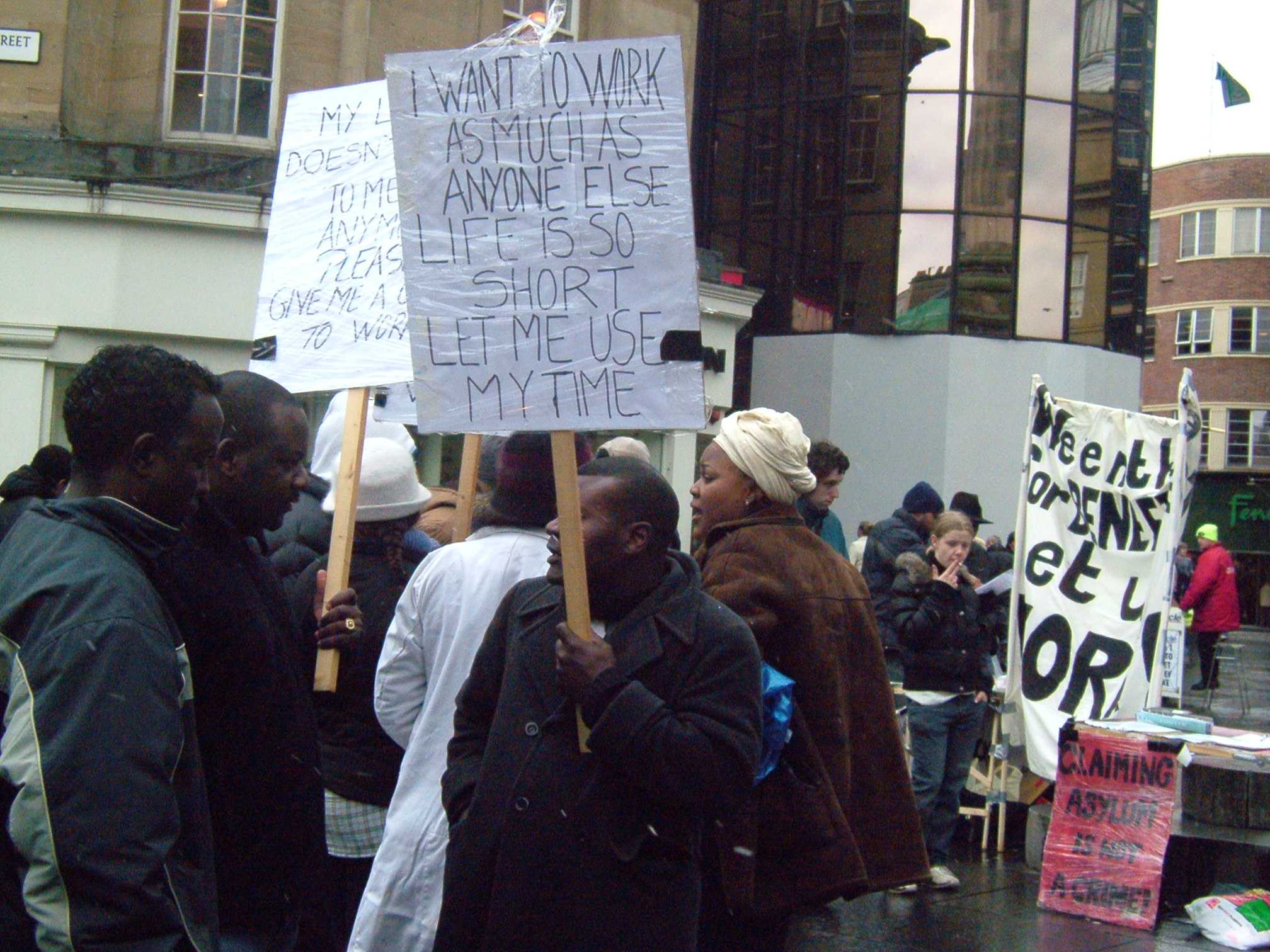 "I want to work as much as anyone else. Life is so short. Let me use my time."

The lively demonstration, called by Tyneside Community Action for Refugees (TCAR), used street theatre, chanting and placards to communicate the message that asylum seekers have many skills that they could contribute to society if only they were allowed to work.

The right to legal work is a fundamental right but but has been denied to Asylum Seekers since July 2002. Instead, skilled and willing workers are being forced to survive on benefits of £38.96 per week, well below the official poverty line. It is humiliating to be forced to live on handouts and be denied the chance to contribute your skills to society.

A spokesperson for TCAR said, “We know that many people think that we just came to Britain for benefits. This is not true: we are refugees. It is not safe for us in our own countries. We didn’t come here for benefits. We demand the right to legal work. Please let us contribute our skills to society.”

Failed asylum seekers from countries like Eritrea, the Democratic Republic of Congo Iran and Iraq cannot return to their country as it is too dangerous. However, they have all benefits and accommodation removed, forcing many into homelessness and others into poorly paid illegal work. Without insurance, unions, contracts or a decent minimum wage, workers in the illegal economy are the most exploited section of the labour force.

Tyneside Community Action for Refugees (TCAR) is a new network of groups and individuals in Tyneside who have united to campaign for change in the way asylum seekers are treated. It is open to anyone who agrees with its basic principals:

TCAR is run by volunteers and meets fortnightly to plan campaigns and events based around these principals. If you agree with our principals, we welcome you to join us. Meetings are held in the Amnesty bookshop on Westgate Road (near Central Station in Newcastle).The next meeting is Wednesday 15th March at 7pm.