Nuclear Power? No Way?
A Campaigning day in Manchester on the 20th anniversary of the Chernobyl disaster. 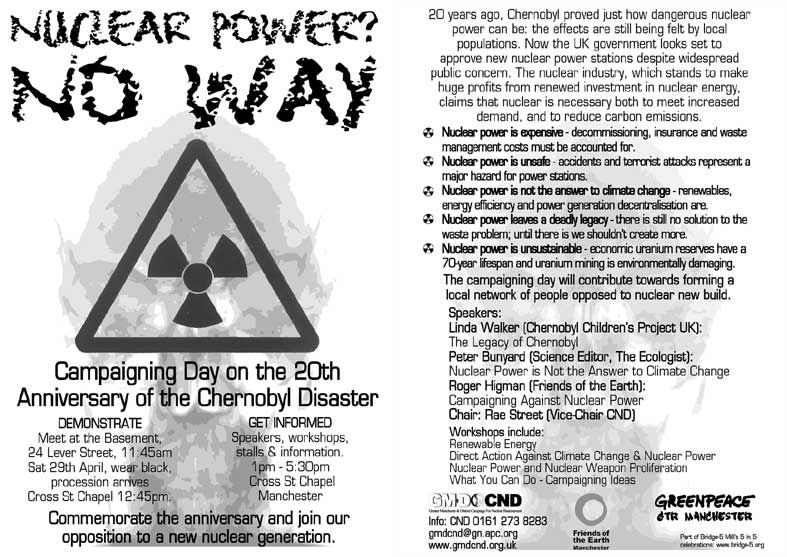 Commemorate the 20th anniversary of Chernobyl and join our opposition to a new nuclear generation.

20 years ago, Chernobyl proved just how dangerous nuclear power can be: the effects are still being felt by local populations. Now the UK government looks set to approve new nuclear power stations despite widespread concern. The nuclear industry, which stands to make huge profits from renewed investment in nuclear energy, claims that nuclear is necessary both to meet increased demand, and to reduce carbon emissions.

The campaigning day will contribute towards forming a local network of people opposed to nuclear new build.

Workshops include:
Renewable Energy
Direct Action against climate change and nuclear power
Nuclear Power and Nuclear Weapon Proliferation
What you Can do