Rochdale has a problem with illegal flyposting on street furniture next to its busiest roads. Many of the culprits are building companies directing drivers to new multi-million pound developments.

Safety groups are concerned that drivers can be distracted by the illegal signs. Cyclists have expressed particular concern about Countryside Properties PLC advertising its Mayfield housing development. 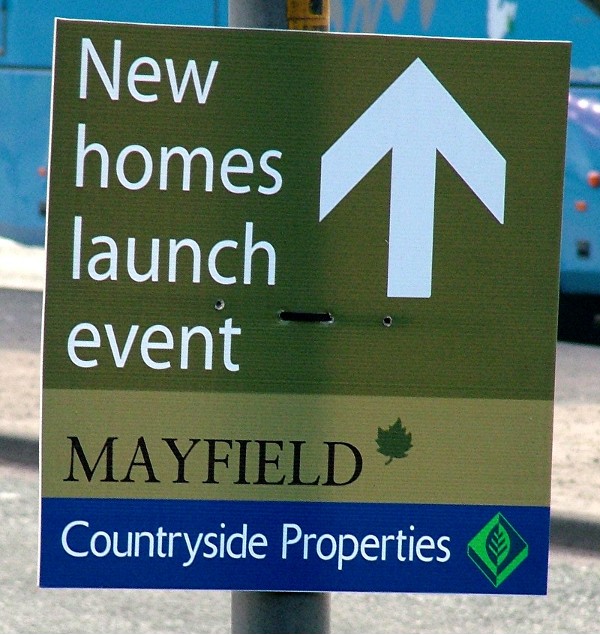 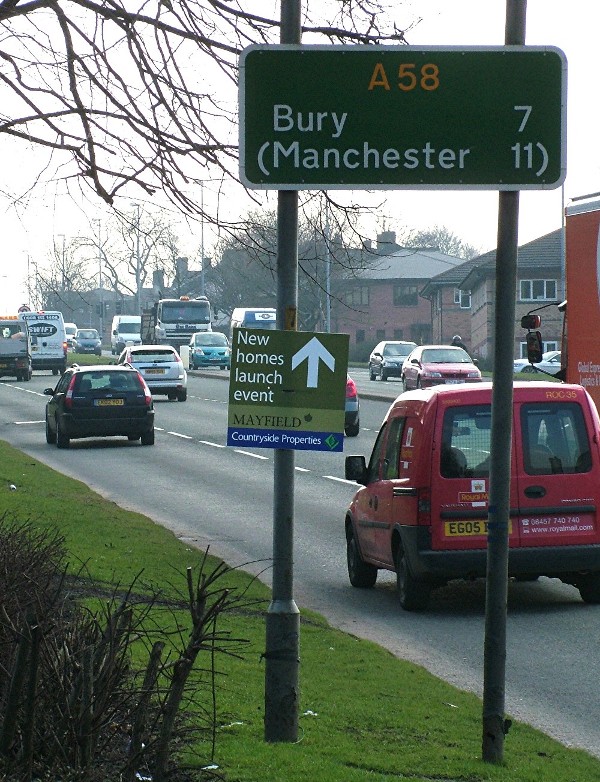 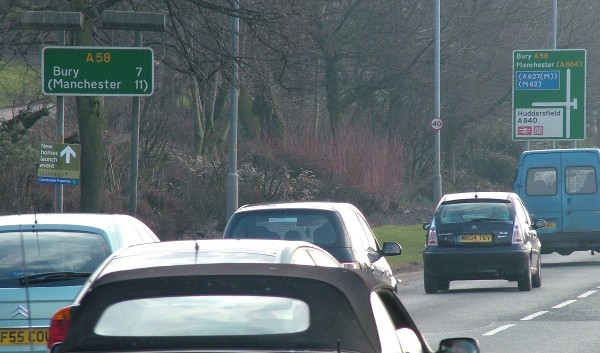 These photographs show Countryside Properties advertising on a busy dual carriageway that is a blackspot for cycling accidents.

Rochdale Council officers confirmed that Countryside Properties, or its advertising agents, did NOT have permission to put signs on this major road.

The Council’s Highways Department says it is fighting an unending battle. The companies cashing-in from the unlawful advertising often avoid punishment as it is up to the prosecuting authority to prove that the companies benefiting from such flyposting are involved in the unlawful activity.

Countryside Properties prides itself on its ‘green’ and ‘ethical’ credentials. In the past, its Environmental Statements have boasted that they “have never been prosecuted for environmental malpractice”.

Countryside Properties were not prosecuted for the destruction of woodland in the Spodden Valley.

Over a year ago, young Rochdalians asked Countryside Properties to restore the damage to the broadleaf woodlands that had been destroyed.

Apart from a lame apology by the developers for their ‘past actions’ and ‘miscommunication’ – no environmental damage has been repaired.

Meanwhile back on our busy roads, Rochdale Council are considering charging £50 per unlawful sign they remove from its highways. Countryside Properties are to be asked to pay for the removal of the dangerous advertising signs they have been benefiting from.

Take the unauthorised signs down

It's not just cyclists - unauthorised signage is a danger to everyone. The local authority highways department have limited resources to deal with this sort of thing but everyone can help.

The sooner an unauthorised sign is removed, the sooner the danger is removed. So take them down. To avoid any suggestion of theft, either leave the sign at the roadside or hand it to the local police or highways department (I'm sure they will be grateful...). If you see anyone putting unauthorised signs up report them - photographs and video make convincing evidence. Pressure your councillor for action - remind them that the council could be liable if unauthorised signage contributes to an accident. ASBOs have been used by some authorities against companies advertising by flyposting.

When we reported unauthorised banners on street furniture around Nottingham the council just told us that although it was illegal they 'normally turn a blind eye'! The companies in question were Asda and Mcdonald's who are enough of a scurge on the planet without the extra advertising. We pointed out that the banners were on railings at a crossing and made small kids about to cross completely obscured. The banners were not there the following day so it's worth the effort and even more rewarding when the company themselves have to remove or pay for removal of them. Just looking for a way to get rid of these 2 companies completely now.