Asbestos concerns and the Save Spodden Valley campaign were recognised this week by Chancellor of the Exchequer Gordon Brown at a national campaign award ceremony.

Save Spodden Valley campaign co-ordinator Jason Addy and web designer Alice Smith were invited to London by the Sheila McKechnie Foundation. The community campaign from Rochdale was nominated for the Consumer Action award sponsored by Which? 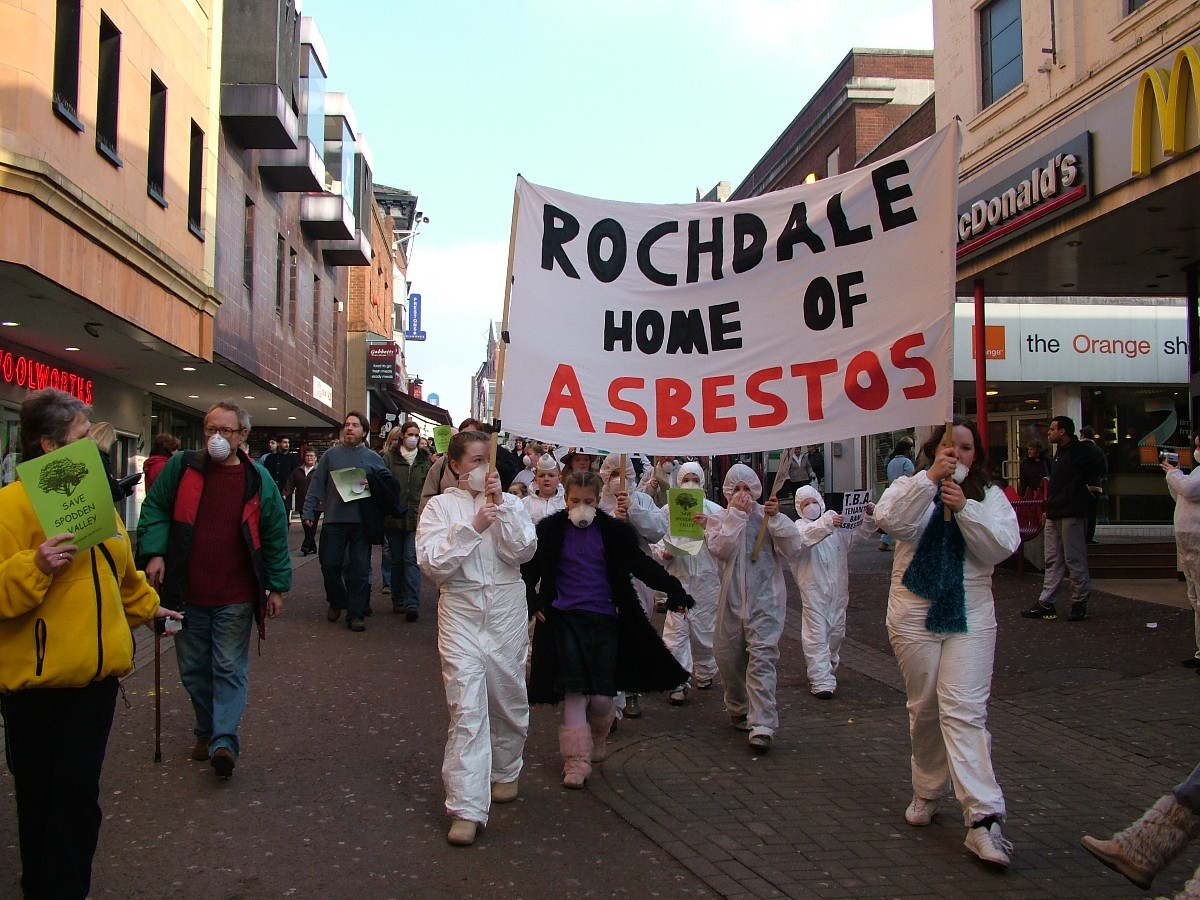 All generations campaigning together in Rochdale...

Winners of awards at the South Bank ceremony included a Conflict resolution campaign in Israel – Palestine and a Non-Governmental Organisation intent on rebuilding the Zimbabwean economy.

“Campaigning is a central part of our democracy...I want to empower grassroots activists who don't have the backing of massive networks and paid staff. This is why I support the foundation to give training and advice to a new generation of campaigners...”

Following the awards ceremony, Jason and Alice from Save Spodden Valley (SSV) had an opportunity to discuss the SSV campaign with other guests including Lord Geoffrey Howe and Terry Waite.

“I was surprised how so many people already knew about events in the Spodden Valley and the dangers associated with asbestos and contaminated land.

“Plans to build hundreds of homes and a children’s nursery on top of what was one of the world’s biggest asbestos factories are met with utter disbelief.”

“The actions of the developers in destroying woodlands around the factory site, their past refusal to confirm the existence of exposed asbestos on the site; their attempt to register confusingly similar internet domain names and their ‘miscommunication’ of positive test results for asbestos are met with extreme concern”.

“We are very grateful for the support and encouragement the Foundation has offered to Spodden Valley. Although we didn’t win on the night, the award ceremony was an incredible event to be invited to”.

The Sheila McKechnie Foundation was formed in 2005 to support the “next generation of campaigners”.

In a society where large numbers of people feel that national politics and politicians do not represent them or respond to their needs, the Foundation believes that it is campaigners who make the crucial connections between politics and problems in their everyday lives. Campaigning can stir people into action to tackle injustice.

The Foundation was set up to honour Sheila McKechnie, who was chief executive of Which?. She died in 2004 after a long fight against cancer. Sheila described herself as 'a fully paid-up member of the awkward squad', and the awards recognise those who aren't afraid to take on big challenges in order to transform people's lives.

The Sheila McKechnie Foundation is committed to building a stronger platform for new campaigns to break through and realise their goals. Sheila was a powerful and respected advocate for social change. The Foundation formed in her memory seeks to build on her lifetime achievements by equipping the next generation of campaigners. The Foundation will:

- speak up for the interests of campaigners

More information about campaigning and the Sheila McKechnie Foundation can be found at: