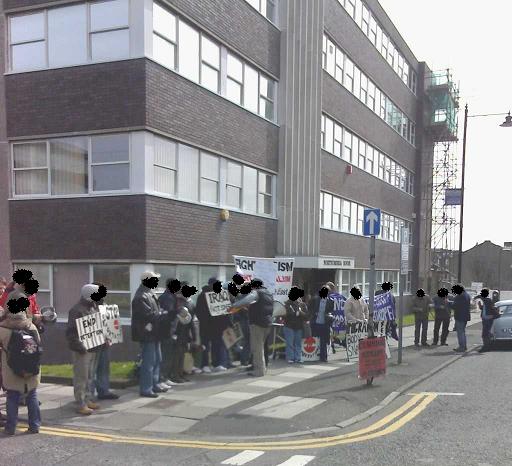 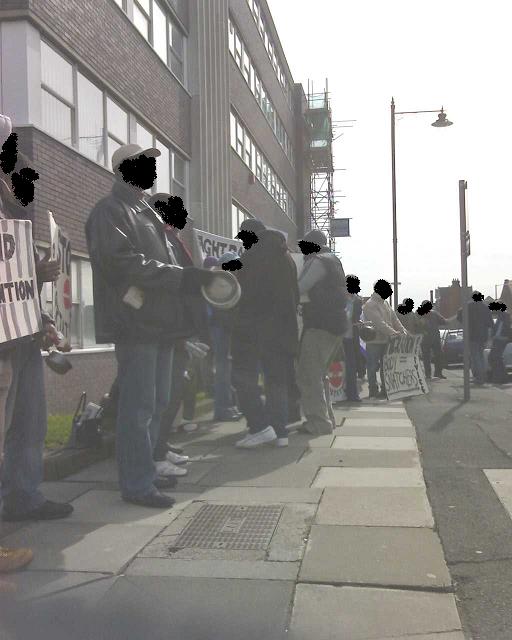 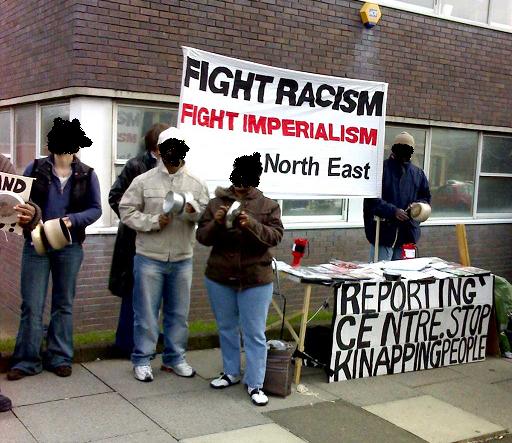 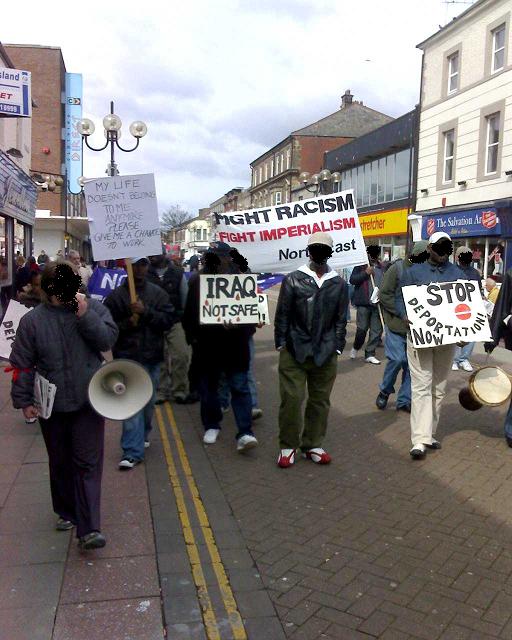 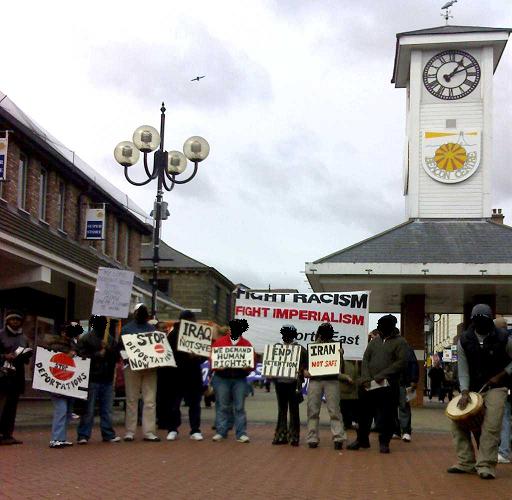 This was done to break the silence under which refugees are forced to regularly sign their continued compliance with an unjust system, in constant fear of detention and deportation. Around 40 people participated in the protest, drawing together refugees, local individuals, activists from Revolution Socialist Youth Movement and Fight Racism! Fight Imperialism, and trade unionists.

TCAR will continue to build such actions, and welcomes anybody who agrees with their aims to get involved. The regular pickets of North Shields Reporting Centre will continue. There are regular open meeting in Newcastle City Centre, contact TCAR at

- the right to work, no to forced labour
- a just and fair legal process for asylum seekers
- the right to asylum and for Britain to uphold it’s international commitments under the 1951 UN Convention
- people seeking asylum to be treated with dignity and respect
- decent housing, income and welfare rights for all
- the right of asylum seekers and their communities to self defence, for example, for the right to physically resist being forced onto a plane, or to resist ‘snatch squads’

- forced deportation
- the persecution of people on the grounds of race, nationality, religion or political view-point
- the scapegoating and criminalisation of asylum seekers
- forced poverty, homelessness and destitution
- attacks on the legal representation of asylum rights
- forced dispersal