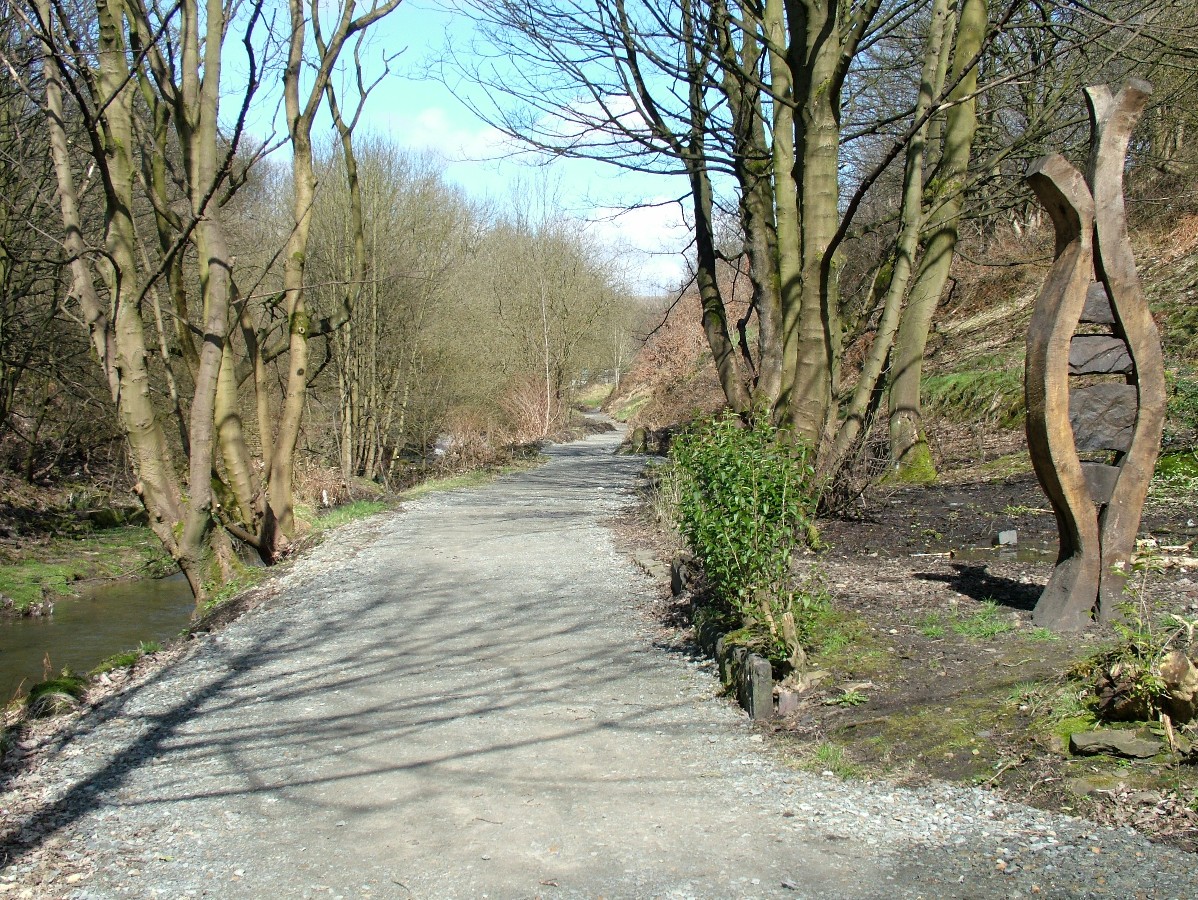 The event was hosted by Spotland Community Association and was also in memory of the Association’s former chairman, the late Malcolm Sandiland.

Many members of the public were invited. Those attending included pupils from Meanwood Primary School, local residents, Friends of Healey Dell, Save Spodden Valley campaigners, local councillors including some from the TBA Working Party, plus officers and staff from several council departments and associated organisations that have worked on local environmental projects.

Over the past year, the local community and schools have been involved in consultation about the project. Money for the path improvements came from the lottery New Opportunities Fund, organised in partnership with Friends of Healey Dell, Rochdale Council and the Neighbourhood Renewal Fund.
New artwork by Antony Holloway has been installed along the Spod Rd pathway last year. This was paid for by grant monies from SRB5 Area improvements and Friends of Healey Dell 'fair shares' lottery money.

The path at Spotland Bridge has been widened thanks to a one metre wide strip of land being donated by Rochdale Scouts.

The Healey Dell Rangers worked on clearing the overgrown and muddy pathway to create a durable surface with effective drainage. ‘Kissing gates’ with RADAR key access have been installed to allow wheelchair users full access to the Spod Rd path whilst attempting to deter anti-social behaviour from motorcycles and quad bikes. For horse riders, Spod Rd is also a safe route to the Mary Townley Loop and Pennine Bridleway. For cyclists, this is a link to Sustrans National network running along the old Yorkshire and Lancashire Railway line through Healey Dell into Rossendale.
The opening ceremony was praised by Elwyn Watkins, Healey Ward councillor and TBA working party member:

“This is good news for the entire Spodden Valley: a once neglected 'gem' is starting to get the attention it deserves. There is an opportunity for all the communities that surround the Spodden Valley -from Spotland, Meanwood, Brotherod, Elm Park, Lane Head, Whitworth, Healey, Shawclough and Falinge to have a green amenity they can be proud of with this pathway for walkers and wheelchair users, cyclists and horse riders”.

“Today was a positive step towards opening the entire Spodden Valley as a green gateway to Healey Dell and the West Pennine moors for thousands of people”.