National Grid's pet pipeline is way behind schedule. They are in a panicked rush to get it built and avoid hefty fines, but a determined protest campaign and the rugged welsh landscape are ganging up on the ill-fated pipe. 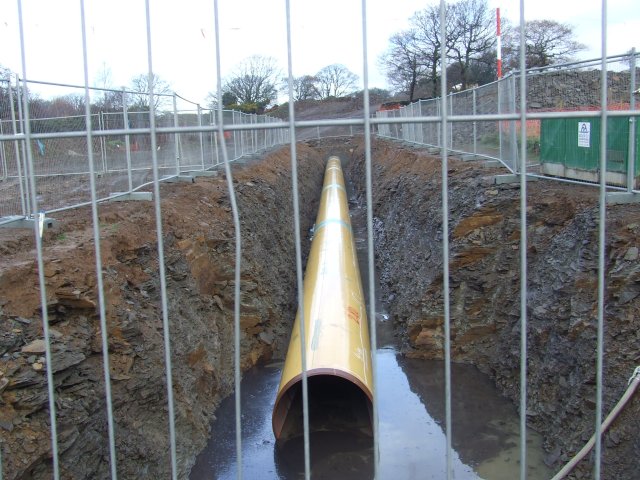 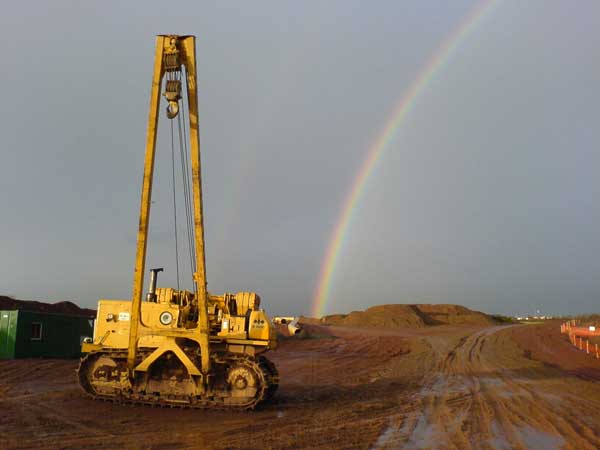 National Grid will be penalised with hefty fines if they don't complete the project on time, so they are pulling out the stops - doubling the number of diggers they use from 200 to 400 and working in 4 places at the same time.

Phase 1 of the project, from Milford Haven to Ffelindre, is 90% complete, but phase 2, from Ffelindre to Tirley in Gloucestershire, is far from.

“This is one of the biggest [projects] we have ever built,” says Kees Ezinga, head of operations for contractor Nacap Land & Marine Joint Venture. (National Grid have contracted them to do the actual building bit.)
“Last year, we managed to [lay] 100 km of pipe in two spreads. But we have four spreads to go and are bringing in extra equipment,” says Ezinga. “Starting in April, we only have four months to [finish] this job.”
Full article at...

Clearly its time to step up the protests and make it as hard as possible for them to work. A concerted effort now could push the project far beyond the deadline, costing National Grid some serious money and undermining the viability of the whole thing. Even if they do eventually get the thing built, it would be massively over-budget and, as happened with the road-building projects of the 90s, future destructive and carbon-intensive projects could be scrapped.

The protest camp in Brecon is under immediate threat of an eviction, just when National Grid are starting to panic. They need people to come and support them, even if you can only come for the day. Its in the Brecon Beacons National Park, in beautiful woodland. You can find the latest news, pictures, and the site contact phone number and directions here:

There are lots of events coming up around the pipeline.

On Saturday 24th March, there will be a Carnival against the Pipe, starting at 2pm in Trebanos, near Swansea.
Details:

There will be a bike tour of the pipe, starting at the Carnival and going all the way along the length to Gloucestershire. Have a look at...

http://risingtide.org.uk/bristol/bikethepipe
to see the route and read more about it. The bike tour will be stopping to spread the word about the dodgy pipeline in the communities that it passes through.

On 20th-21st of April, Bath Climate Camp, is targetting the offices of NACAP Joint Venture Land & Marine, who are the contractors building the pipe for National Grid...
They are inspired by the Climate Camp at Drax last September.
More info :

ps. i am sorry for not downsizing the pictures. before i get told off, if i knew how to do it, i would. thanks.