bring in the summer!!!

its supposed to be sunny according to bbc weather!!!
bright or sunny spells 19 degrees. 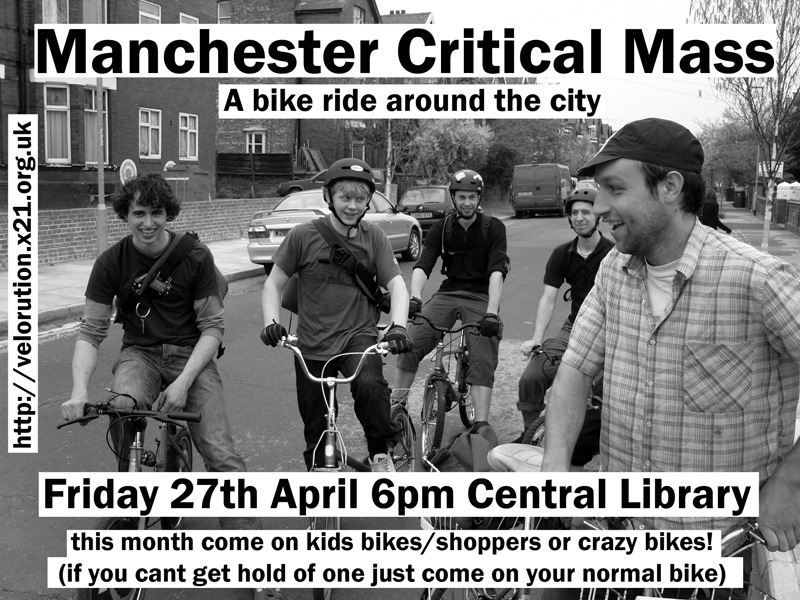 On the 27th April we celebrate crazy bikes so please come on a crazy bike or a kids bike or a shopper.. its time to lose your cool as the season loses its cool too! Bring on the Summer! If you'd like to borrow a kids bike for the ride please email us.

After this ride we're gonna go hang out in the park with some music so bring beers and food etc. Manchester Bike Polo Team The MCR Dropouts will be having a practise in the park and would love it if cmers would like to have a go!

It's for anyone that rides a bike;
Its a celebration of getting round the city without polluting it;
Its about every journey being an adventure instead of just sitting on a boring bus or in a stressful car;
Its about cyclists riding together to demand more respect from other road users;
Its a way to meet other cyclistas;