Colombians to speak out in Manchester - hear the truth about BP 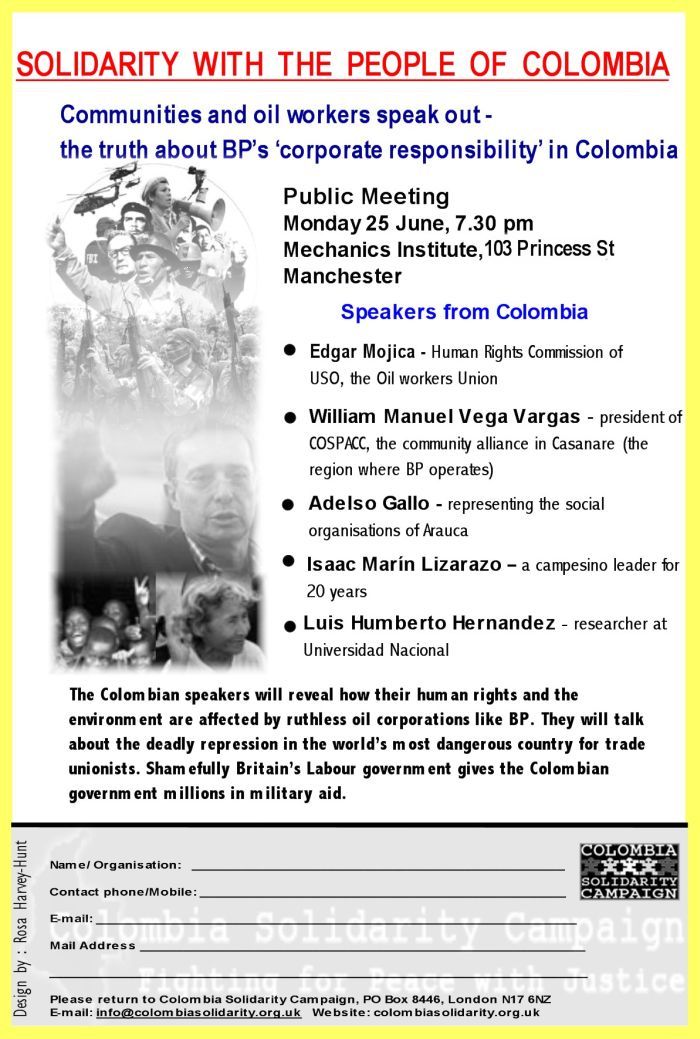 The Colombian speakers will reveal how their human rights and the environment are affected by ruthless oil corporations like BP. They will also talk about the deadly repression in the world’s most dangerous country for trade unionists. Shamefully Britain’s Labour government gives the Colombian government millions in military aid.