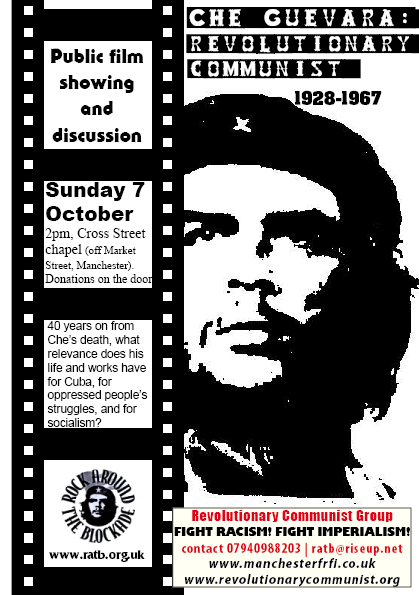 Rock around the Blockade campaign 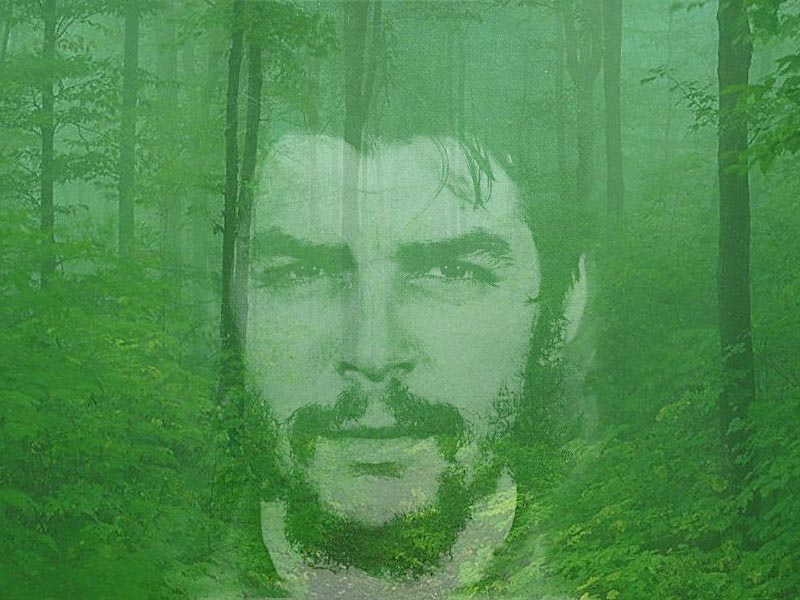 
Havana.- Cuban doctors doing free cataract surgery at a hospital donated by the Island operated on Bolivian ex Sergeant Mario Teran assassin of guerrilla Ernesto Che Guevara in 1967.
Teran, now an elderly, was operated on in Santa Cruz at an institution that President Evo Morales inaugurated.
The ex military slain Che in October 1967 at the school in La Higuera, after he was caught wounded and unarmed the day before, reminds the Cuban daily Granma in its feature “Che vuelve a ganar otro combate” (Che Wins a New Combat).
"No one will remember him tomorrow, as it happened four decades ago when he hit the news (...) I ask you not erase this name (Mario Teran) from your memory, so no one will forget and all will judge," said the author.
Teran Jr. Went to Santa Cruz daily El Deber as asked to release a note thanking the Cuban doctors who restored his father's sight via Operation Miracle program.
He will never be able to draw a line between the ideas that turned him a cold-blooded murderer and this man that sent doctors from his guerrilla ranks to cure alike wounded comrades and enemies.
And stresses "Remember this name: Mario Teran, a man trained to kill that sees again thanks to the doctors that followed the ideas of his victim."
Teran followed orders of Generals Renre Barrientos and Alfredo Ovando, the White House and the Central Intelligence Agency, reminds the source.
Che did not even close his eyes after he died to be able to accuse his assassin that resorted to alcohol to fulfill the order.
He told the media later that he shook like a leaf before that man whom at the moment he saw "big, very big, huge," reads the page.
Wounded and unarmed, Che Guevara had the courage his assassin lacked to open his worn-out green-olive shirt, to show his chest and shout: Stop shaking and shoot here, that you are going to kill a man, he reminds.
"Now an old man, he will be able to see the colors of the sky and the forest again, enjoy t e smile of his grand children and watch soccer matches."
The feature concludes that four decades after Mario Teran tried to destroy a dream and ideals with his crime, Che wins another combat and continues in campaign.

Some websites about Ernesto Che Guevara:

There aren't as many kids wearing Che T shirts any more, just the odd fresh faced student strolling along Oxford Rd, full of naive idealism, teenage rebellion and ignorance of the facts.

I'm pleased to see that the Che idolisers can still muster up enough interest for a meeting. Perhaps the government should donate some lottery money so that this fast dying part of our youth culture can be preserved for future generations to marvel/laugh at.

What a good thing that today Cuba's prisons are not run in the disgraceful and murderous way that Che ran La Caban Fortress. While Cuba's prisons and whole legal system is a travesty of justice, things are not quite as bad as in Che's day. Perhaps one day all prisons on Cuba will reach the standard of the US one at Guantanamo Bay. That would be a great day for Cuba's prisoners.