Bio-fuel - A Wolf in Sheep's Clothing

Around 20 activists, some dressed as wolves in sheep’s clothing, visited the D1 Oil refinery in Bromborough on the Wirral, on 2nd February 2008. They were there to highlight the dangerous consequences of large-scale bio-fuel production for the climate and for people worldwide.

The demonstrators from Manchester and Liverpool, inspired by the Camp for Climate Action, erected a 16 metre banner reading, “Biofuels cause Climate Chaos” and another smaller banner reading “Biofuels + Big Business = Disaster”. The demonstration came at the end of a week of action called by Biofuelwatch.

On arrival activists were told by security that the plant was empty and not operating, however when several activists entered the site, at least twenty workers dressed in boiler suits came out to meet them. Although the gates were shut campaigners remained for approximately one hour to talk with staff and local residents. Police attended but no arrests were made.

D1 Oils plc. have used palm, soya and rapeseed oil to make bio-diesel. Now they have joined forces with corporate giant BP, aiming to acquire and plant one million hectares of land with supposed 'wonder crop' Jatropha, within four years. For information on the real impact of this crop and other agro-fuels check out www.biofuelwatch.org.uk

photos from the D1 action 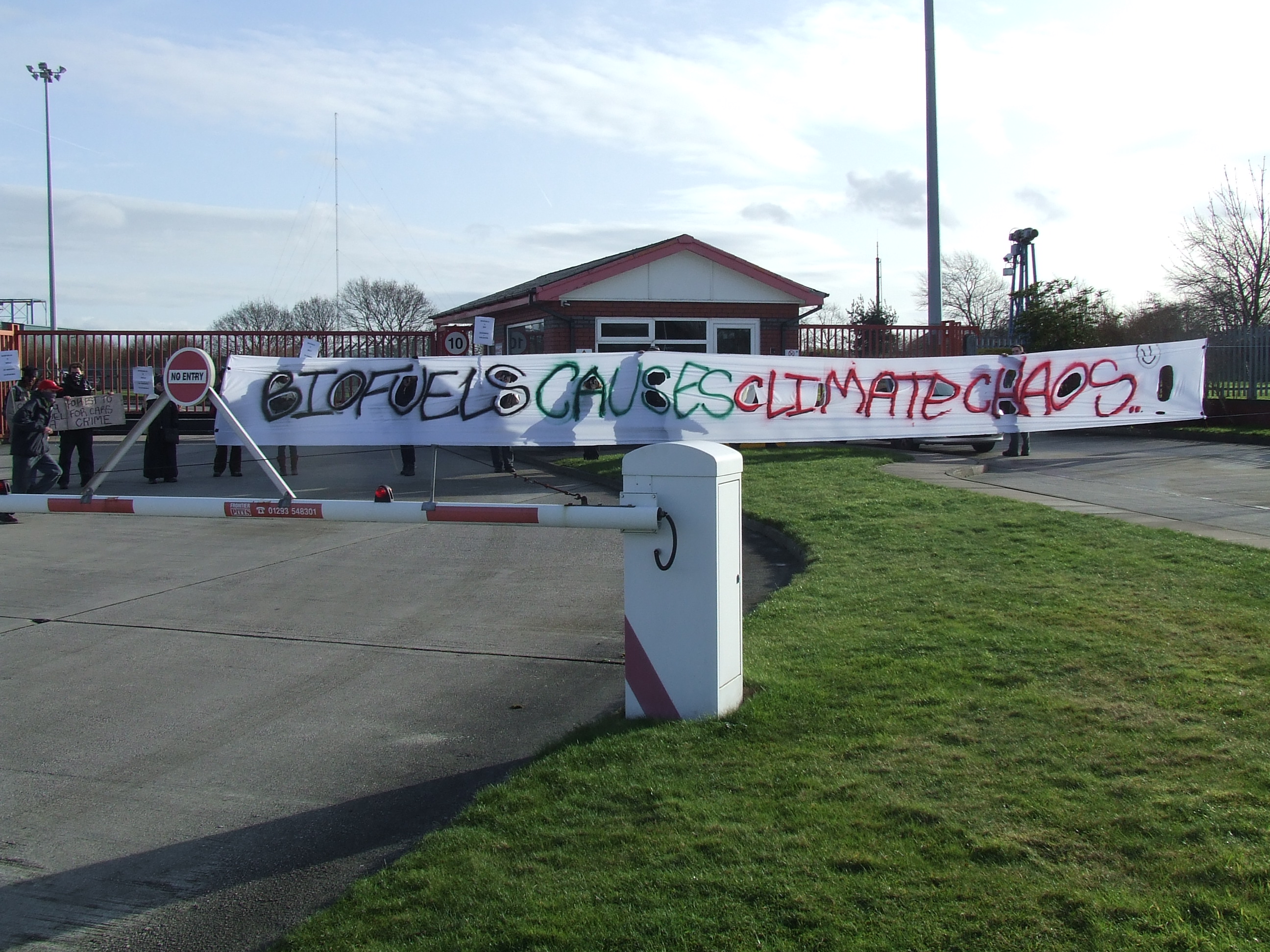 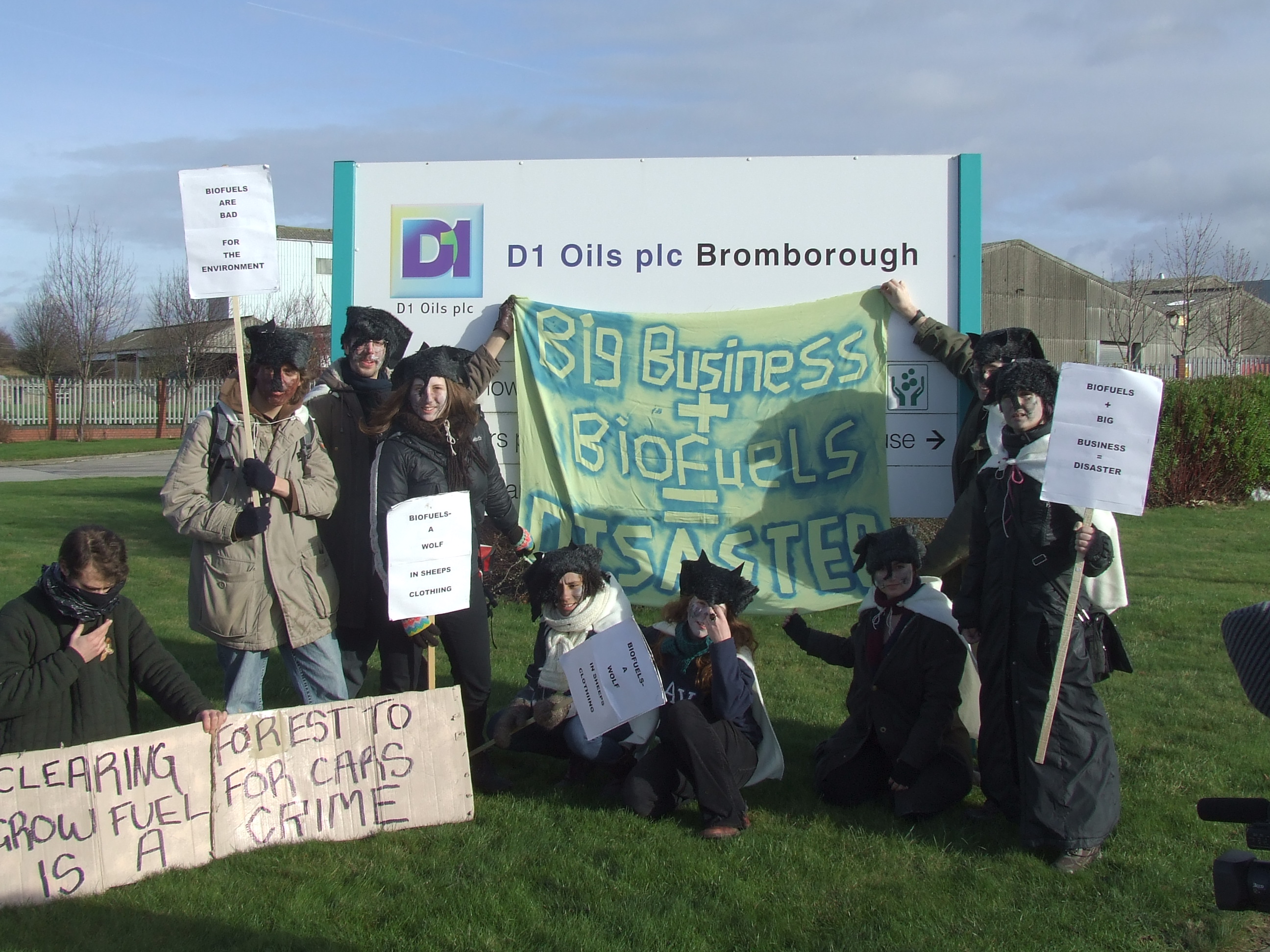