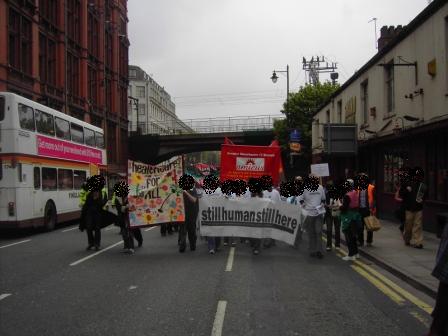 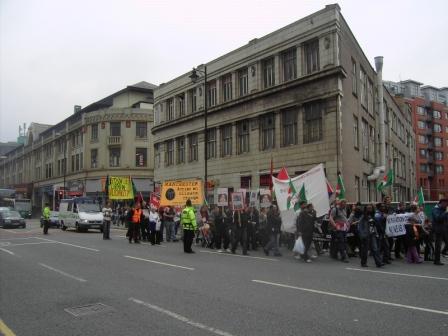 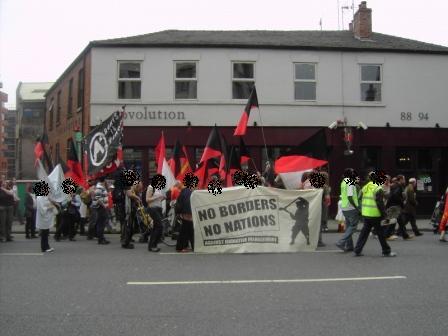 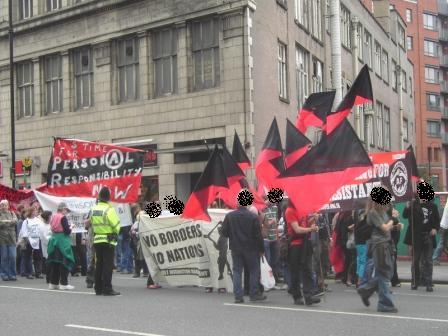 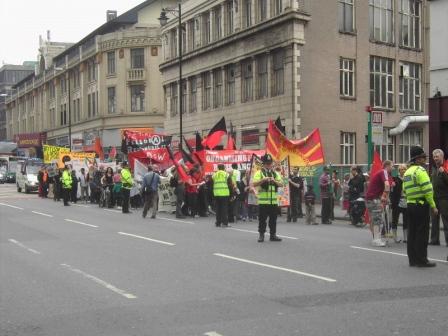 Either a very wierd slogan or I haven't read it properly!

Great to see the pictures. I think it shows the benefit of putting a lot of effort into a demonstration. We had AF members from Manchester, Preston, Sheffield, Leeds and Hereford there. I reckon that around a quarter of the march were anarchists or friends of anarchists. The result was that passers by saw us as a credible alternative, that the organisers had to acknowledge our presence and that we got to have a speaker on the platform at the end. In other words a useful propaganda exercise and on a march which we generally felt sympathetic too as well.

Good to see asylum issues at the forefront at Mayday

In addition to the aforementioned anarchist flags & banners, it's really good to see asylum seeker issues at the forefront of Mayday marches. In Nottingham, for the last few years, the Mayday Organising Committee is an off-shoot of the Nottingham Refugee Campaign Group.

For full report and pics from Nottingham, including the No Borders Nottingham banner, please see:

It's clearer than ever that the anarchist message against the very concept of states and borders must be central to any new workers' movement, in order to counter the rise of nationalist oppositions to globalisation which are so divisive as well as racist.

No Borders, No Nations, Stop Deportations!!

Anarchist in No Borders Nottingham

Good one in Glasgow too...