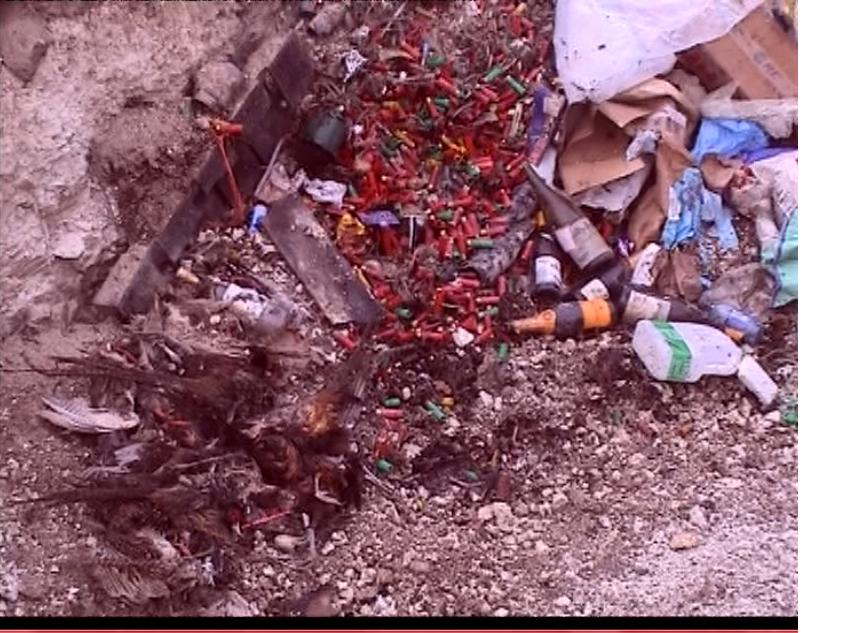 Today, a petition was presented before the Full Council Meeting at Bradford Town Hall calling for the removal of authorization and withdrawal of shooting rights on Ilkley Moor. Due to the time limit of 5 minutes per presentation, not all the issues were covered; however it received enough support to be passed for review by the Executive Committee. A date has not yet been set for this, but we shall keep everybody updated.

Anne Hawksworth, Ilkley Councillor and Head of the Environmental Portfolio, has been plugging the Ilkley Moor Shooting since 2005 and continues to support this barbaric bloodsport although she denies being involved in shooting herself. According to other councillors, the presentation and campaign to stop the shooting has ‘rattled her cage’ and is having an impact. No wonder she’s backing it - there’s big money involved with the council receiving £1,000 per shoot that happens on Ilkley Moor, according to council documents obtained by West Yorkshire Hunt Saboteurs.

Listed below are the details of the Executive Committee who get the final say on whether or not the shooting goes ahead. Please politely contact them and ask for a decision that suits the animals set to be slaughtered on Ilkley Moor:

“Dear Sir / Madam, Bradford Metropolitan Council Executive Committee,
I am writing to ask you to vote in favour of a ban on shooting grouse on Ilkley Moor.

CRUELTY
The shooting industry is carried out purely for the entertainment of those involved. Birds are scared out of the undergrowth by beaters and are then blasted out of the sky. Grouse fly at upto 80 miles per hour and due to this, a clean kill is difficult and many fall to the ground wounded and still alive with missing wings and limbs.

To keep a high population of game birds on the moors, traps are placed to control preditor species such as foxes, stoats and corvids. According to William Swann, Chairman of the Animal Welfare Science, Ethics and Law Veterinary Association, in his scientific report to DEFRA on reviewing trapping on game estates 21-69% of the animals caught in traps are “non-target species” (deer, badgers, hedgehogs, dogs and cats). There are several types of traps authorised for use on Ilkley Moor. Larsens are used to catch corvids - one bird is placed in one compartment as well as a dead animal to attract other crows, magpies and ravens. When they drop through a small hole at the top, they are unable to fly back out so panic and become distressed - it has been known for gamekeepers to not check the Larsens regularly and the animals starve to death. Spring traps are a cuboid shape with one end blocked off and the other has a trigger-type system where the animal steps on a panel, it shuts and the creature cannot escape. These are often big enough for animals upto the size of a cat to be caught; and again if not checked regularly animals die of dehydration or starvation as no food or water is placed inside. The last trap is a Fenn (similar to the now-illegal Gin trap, but can cause equally as much suffering). These work by animals stepping on a plate and it snaps shut on their limbs - many animals gnaw their own legs off in order to escape. These traps are indiscriminate in what they catch; so any animal can become caught.

PUBLIC SAFETY
In a society where gun crime is a big problem, what kind of a message does it send out that Bradford Council approve the shooting of sentient animals and birds?

Ilkley Moor is publicly owned common land on which everybody has the right to walk without the fear of guns being used nearby; or them or their pets stepping on traps.

I hope you consider stopping grouse shoots on Ilkley Moor,
Yours Sincerely,”