In the same week that Ontario, Canada's most populated province has recommended reducing radioactive tritium exposures to the public, Sellafield Ltd has revealed that they are applying to actually increase these discharges in Cumbria. 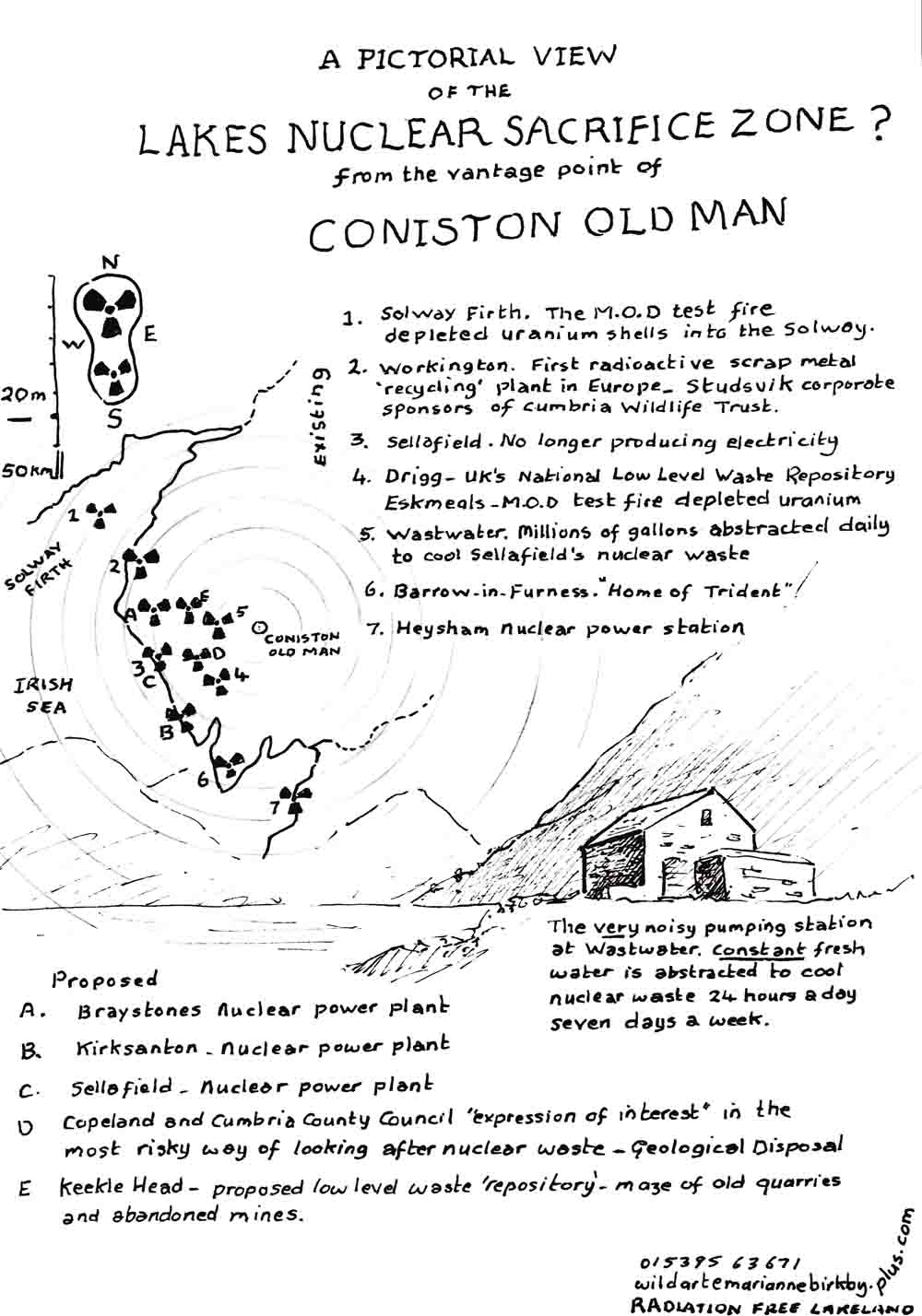 The obscene scandal of Sellafield’s huge discharges to air, ground and sea both routine and accidental continues unabated with the Environment Agency confirming at a recent meeting in Whitehaven: " contamination of groundwater is slightly more wide spread laterally, than previously thought. In addition both tritium and technetium-99 have been detected in the sandstone aquifer, which underlies Sellafield."

It is a scandal that Sellafield Ltd has applied to the Environment Agency to increase its discharge limits following a rise in radioactive emissions to air from the Magnox reprocessing plant. These ‘discharges into the air’ are of radioactive water (ie tritiated water, with tritium being
the radioactive form of hydrogen). Importantly tritium is not dissolved in water: but it is the water molecules themselves which are radioactive.

Tritium is increasingly regarded as dangerous to public health. For example, an official Government Health Protection Agency report in 2007 recommended that tritium's hazards be doubled. This week an official Government-appointed Committee in Ontario has recommended that their drinking water levels for tritium be tightened 350 fold (from 7,000 to 20 becquerels per litre). This is 5 times more stringent than the current EU limit of 100 becquerels per litre
for tritium in drinking water. The last available figures for 2007 show that Sellafield emitted 83 million million becquerels of tritium water vapour and discharged 628 million million becquerels of tritium water in Cumbria.

A spokesperson from RAdiation Free Lakeland has said:
"The findings and recommendations regarding tritium in the Canadian report should be considered at Sellafield. Is there some Lakeland Magic making Cumbrians radiation-resistant while those soft Canadians need more protection? It seems that the nuclear industry and those entangled in its financial largesse do not wish to know uncomfortable truths about tritium
so liberally released at Sellafield. In 2008 at Council meetings, Cumbria councillors gave oral promises to consult independent scientists about radiation hazards: this has not happened. Relying on the whim of the industry and our pronuclear administration is irresponsible and apparently dangerous to the health of Cumbrians and people in the wider international
community".

A RISE in radioactive discharges into the air is causing another problem at Sellafield, it was confirmed to The Whitehaven News yesterday.

An expert panel in Ontario is recommending that the province adopt the toughest standard in the world for the amount of cancer-causing tritium considered safe in drinking water. Tritium is the main radioactive contaminant found in Ontario water supplies, and, although small amounts are produced through natural processes, most of what is detected comes from leaks at nuclear power plants