I spent a night in solidarity with Brian Haw on August 19th - his 3,000th day of protest. I enclose 12 photos. 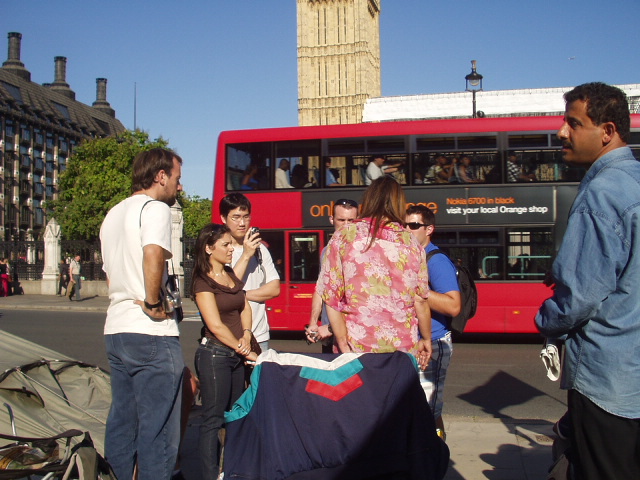 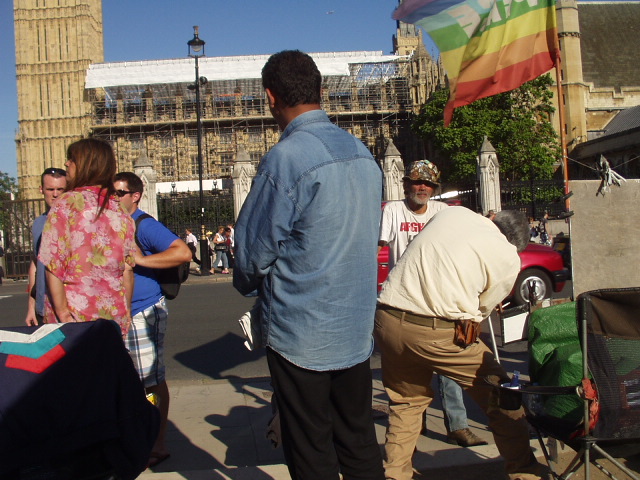 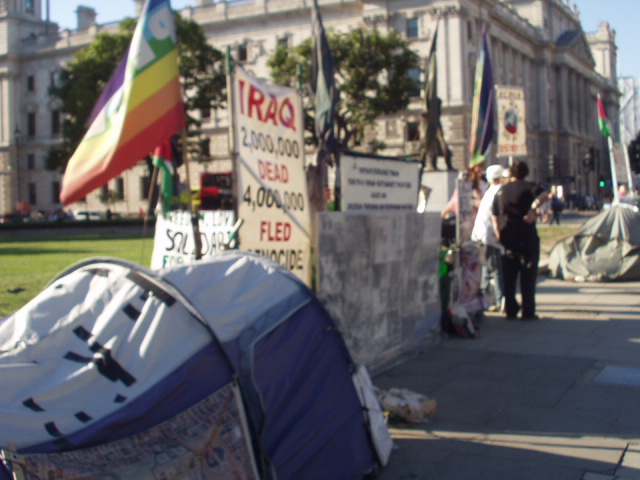 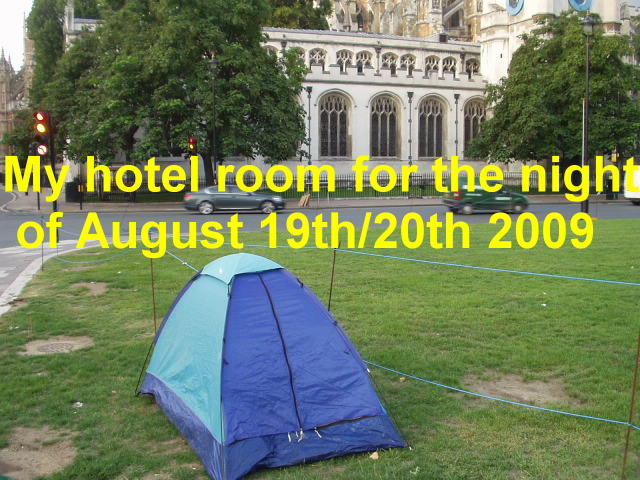 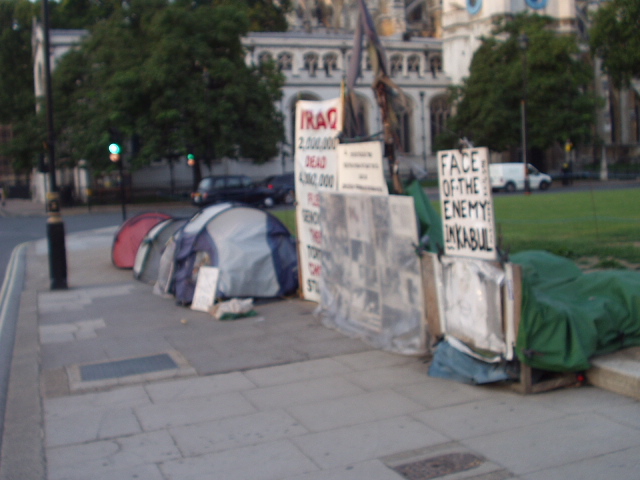 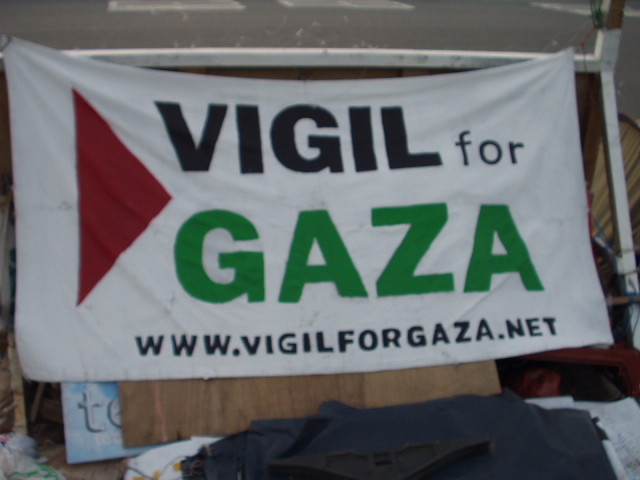 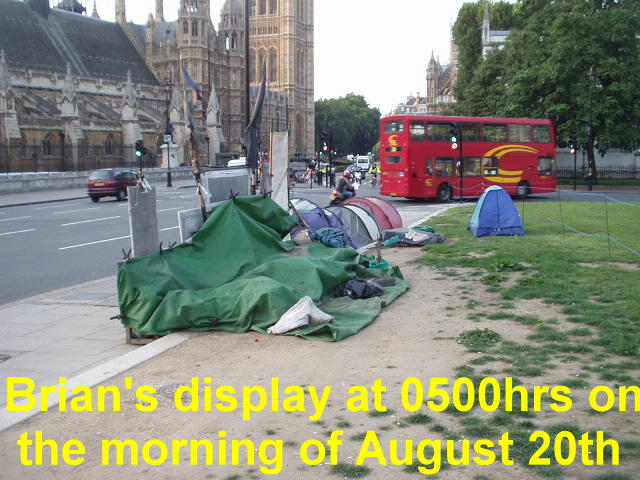 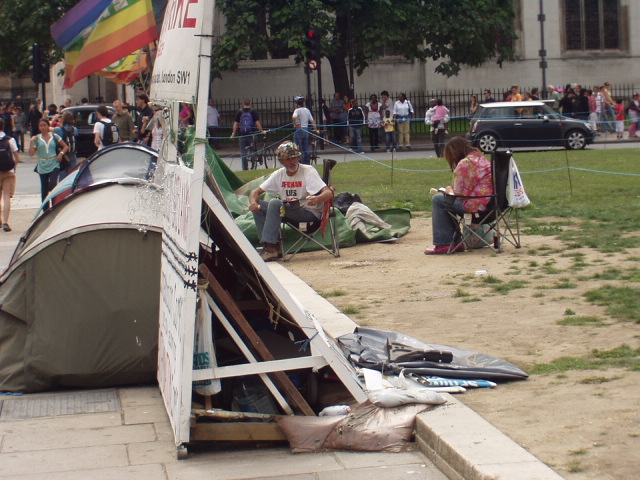 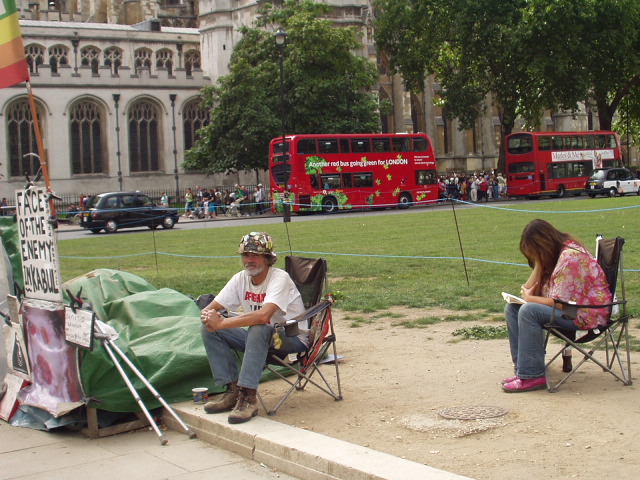 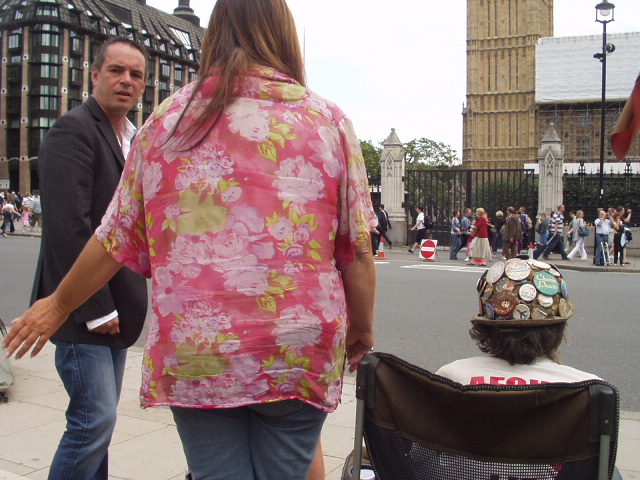 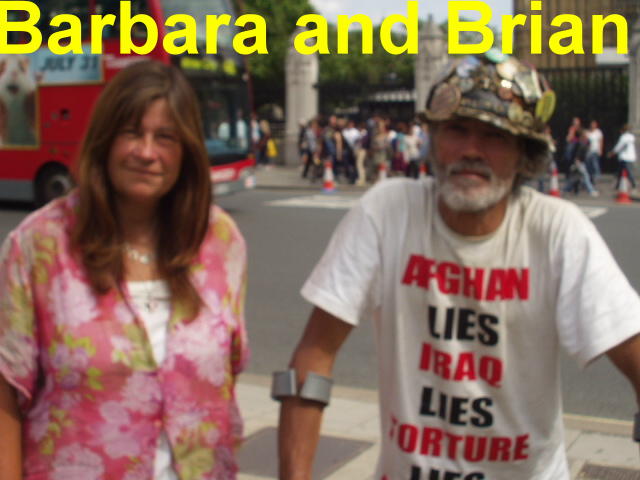 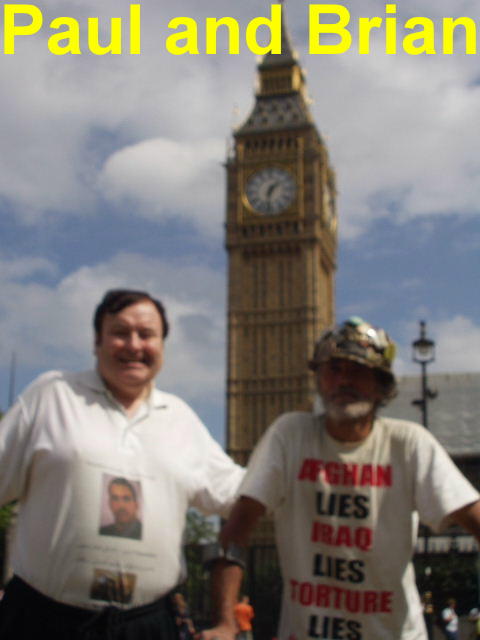 Brian Haw the long-term Parliament Square peace protester clocked up 3,000 days in London on Wednesday August 19th. I tried very hard to get the mainstream media interested but with little success.

I have known Brian since 2002 and generally go to see him about once a year (I live in Edinburgh). On Wednesday 19th August I went to spend a night in the Square in solidarity with Brian on his 3,000th day. I slept in a tent after a long talk with Brian and his supporters who include a Palestinian called Aqil and an Australian called Barbara Tucker. Would you believe it was the first time I had ever slept in a tent and it was difficult to fit in to the small space and then trying to sleep with the all night traffic proved close to impossible

I have tried very hard to get the media interested in Brian’s protest and over the past few weeks I have tried all the newspapers I could think of including a number in the USA, Canada and Australia as well as Al Jazeera television and Al Arabiya. I also e-mailed BBC Newsnight and BBC Newsnight Scotland and the Sunday Herald and Edinburgh Evening News but all failed to reply.

Disappointingly the only newspaper, which showed any real interest, was the Independent, which did a two-page spread and an editorial on Wednesday 19th August, which was Brian’s 3,000th day in the Square:


My attempts to get the British media interested drew some bizarre responses like “Is he still there?” “How do you spell his name? Is it H-O-U-G-H?” the best comeback coming from the Sun which asked (I am not inventing this) “Where is Parliament Square? ” – this from a London based journalist remember.
Brian is a sincere, committed man who has given up 8 years of his life to campaign for what he believes in – the cause of peace. Yet the mainstream media studiously ignores him preferring instead to focus on the financial and sexual shenanigans of the `honourable` members in the House of Commons opposite Brian’s display.


Disturbingly David Cameron, our likely next Prime Minister, has said he will have Brian evicted from Parliament Square for making the place look untidy. He said on the BBC website:

http://news.bbc.co.uk/1/hi/uk_politics/8158052.stm
This has very serious implications for freedom of speech in this country if it goes ahead – what would follow? The closure of Speakers’ Corner in Hyde Park?

Long may his protest continue!