Manchester No Borders held an emergency protest at the French
consulate today, after French riot police have begun mass evictions
and arrests of refugees hoping to join the UK via the French port town of
Calais.

On Wednesday, French immigration minister, Eric Besson, announced that the
Calais area will be a ‘migrant-free zone’ by the end of next week. Large
areas of woodland, known locally as the ‘jungle’, where young men, many
still children, have set up temporary shelters are to be cleared and
bulldozed. 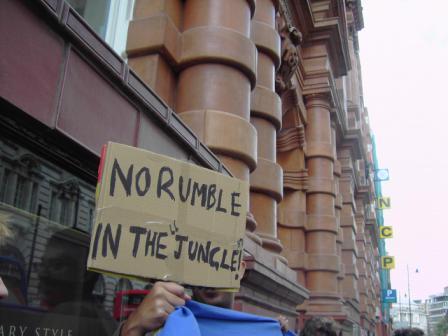 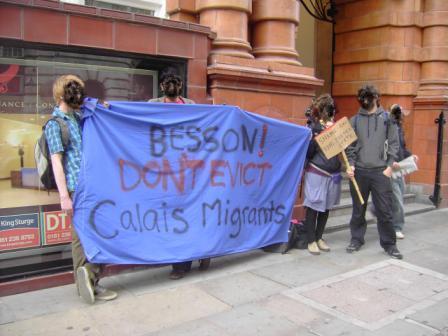 Flyers were handed out to passers-by making them aware of the situation. Also BBC Manchester came down to do an interview for its evening news programme tonight.

Some more people from Manchester are planning to join the No Borders presence in Calais in the next weeks.