On Sunday 7th February 2010, Hasty Lane tenants threatened by the expansion of Manchester Airport will be teaming up with climate justice campaigners in the public launch of the Adopt-a-Resident scheme. Like at Heathrow, the scheme aims to build solidarity and campaigning links and to send out a message that if the bulldozers come, they will have to deal with people from across Manchester standing together to protect people's homes and to protect the clmate. 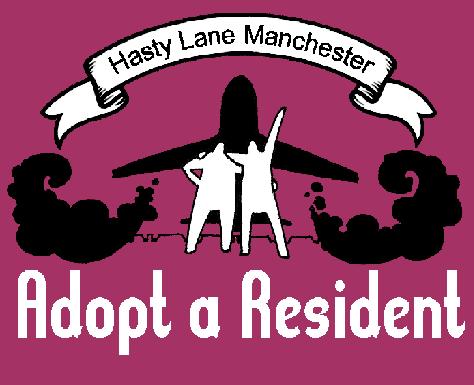 Not only do these plans threaten people's homes, but the rising emissions from air freight also threaten the stability of the climate.

But we can stop them. We're inviting you to Adopt-a-Resident at Hasty Lane. Together, we can team up to rein in Manchester airport's climate wrecking expansion plans. Together, we'll also show that if the bulldozers come, they will have to deal with people from across Manchester standing together to protect people's homes and to protect our future.

At the same time, we'll be twinning Hasty Lane with Sipson village at Heathrow. Like Hasty Lane, Sipson is also threatened by airport expansion plans. A third runway at Heathrow would bulldoze around 400 homes.

With residents, supporters, campaigners and activists linking up across Manchester and across the country - we can stand together to protect people's homes and to protect our climate.

manchester@planestupid.com with the subject HASTY LANE.