“All that is necessary for evil to triumph
Is that good men and women do nothing”
Edmund Burke.
For the second time in less than two months, the cancer that is the EDL
will once again descend on Wrexham, N. Wales
On Saturday February 20th their in-bred “deliverance” like ilk will cross the border.

Unlike NHS lists, the wait between visits has been reduced and at last the
local populace can oppose them, and, like surgeons, remove once and for all the
tumour of Hatred, Aggression and Fanaticism that is The English Defence League.
The operation will be fraught with difficulties, but possible, the disease cured
and the surgeons will live.

As abhorrent as the terrorist extremism they claim to oppose, the EDL are not
wanted in Wrexham, not wanted, or indeed not welcomed.

As a balance to the extremists, be it terrorist sympathisers on one side or home-grown
racist agitators on the other the middle road of decency and strong eradication of these
two sicknesses must be ardently taken.
In a society that cares more for celebrity and trailer-park TV reality shows, the time has
come to make a stand once and for all, to cut out the disease at its very roots.
The middle road may be stony and isolated, be lonely and so anorexic as to seem practically invisible, but it’s a road that has to be travelled by like-minded and decent individuals
if this abhorrence that is the EDL is to be opposed and eradicated from the streets forever.

If nothing else, remember this …….

“The EDL ….. Governmental Policy helped create them.
YOU …. The Public can STOP THEM”

They are in Edinburgh on 20th feb. I also checked their website and it does not mention Wrexham, at all. Still says Edinburgh for 20th.
Where did you hear about this.

Foot soldiers of Al Qaeda? Not at all. Just because we resist the street gangs of the far right doesnt mean we support Islam.

Surely you must have enough brains to understand that.

who and and where

i suspect the edl and wdl have all been tricked by central government agencies, MI5 et al, what a great way to show support for the government than start a new group to shout for them, brillant.And get the votes of the BNP.
As seen by recent figures for wales the british army has more new recurits than ever befor.
bet they all be shouting we want our country back outside weatherspoons again with there st georges flags, er what country was they in, are they refering they want more of wales? imperalistic shit. f/ your queen
stop look and listen,

Yes people are joining the army at record levels, some due to economic the climate at the moment and others because they seen Afghanistan on the TV etc and want a piece of the action.

Nothing better than seeing dead taliban, even better watching the life drain out of one :)

On the 8th day god created the paratrooper, and the devil stood to attention.

Not so funny when you or your pals get your arms or legs blown off, is it?

Though actually I suspect you are an anti-militarism troll trying to make soliders sound like dicks. Or maybe an "internet hard man" who brags about his military record when the closest he's been is paintballing with his equally sad mates. LOL.

para, just like you did in ireland, murdering scum backs, get back to ur nco for more brainwashing lessons, then they made police uniforms. 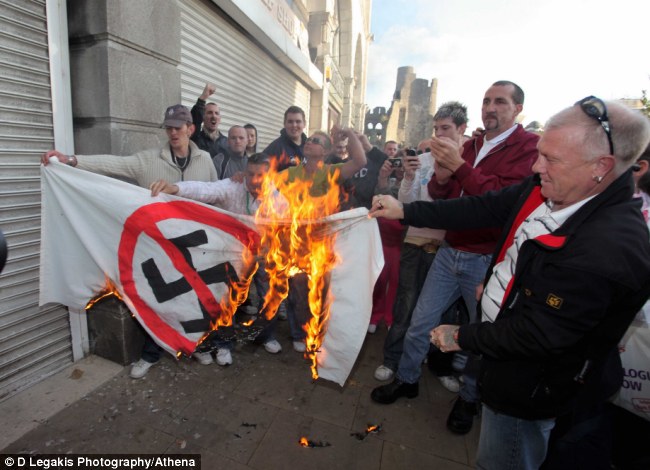