An account of the ongoing peace campaign in London's Parliament Square with 20 photos. 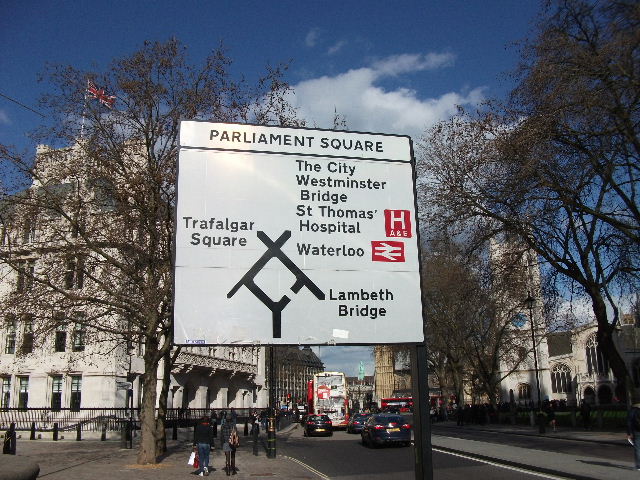 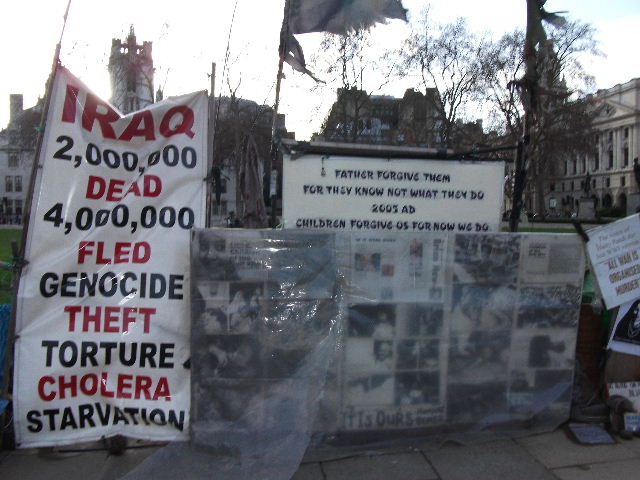 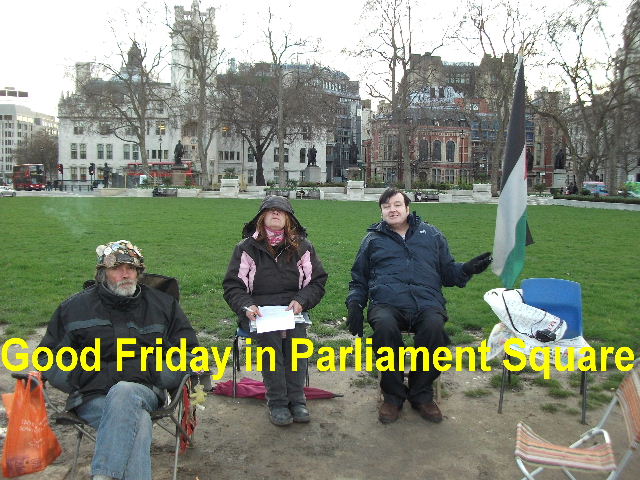 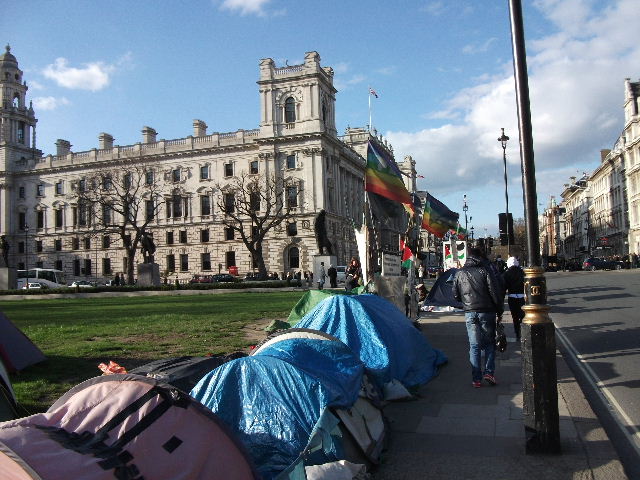 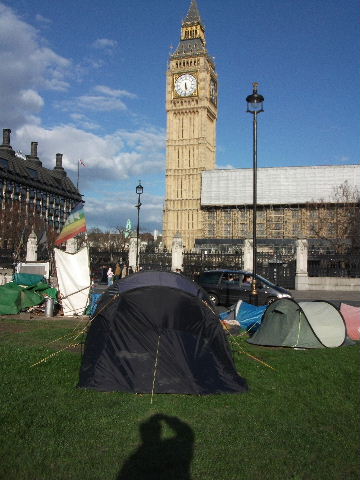 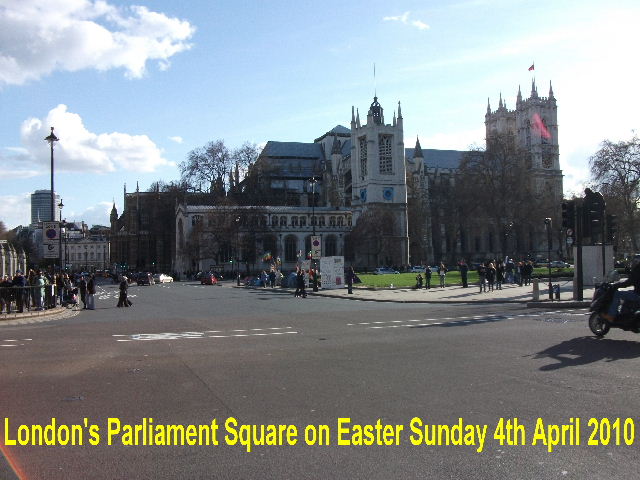 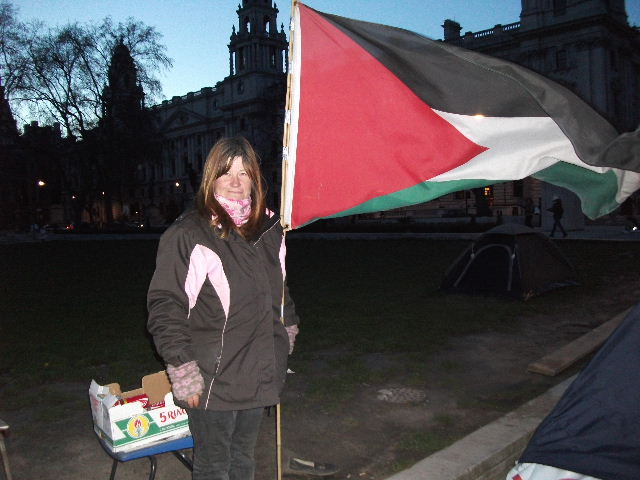 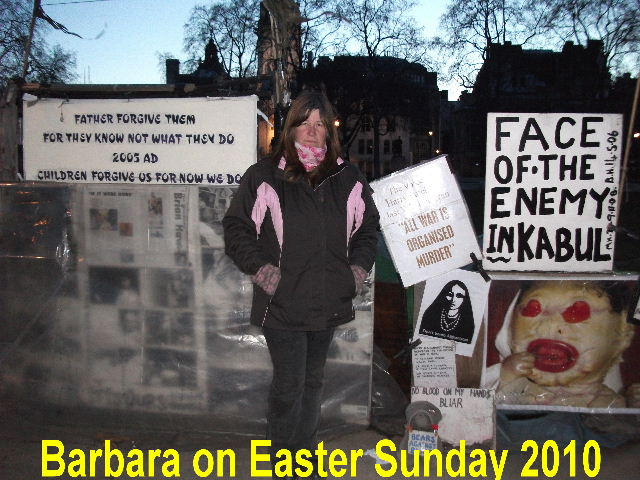 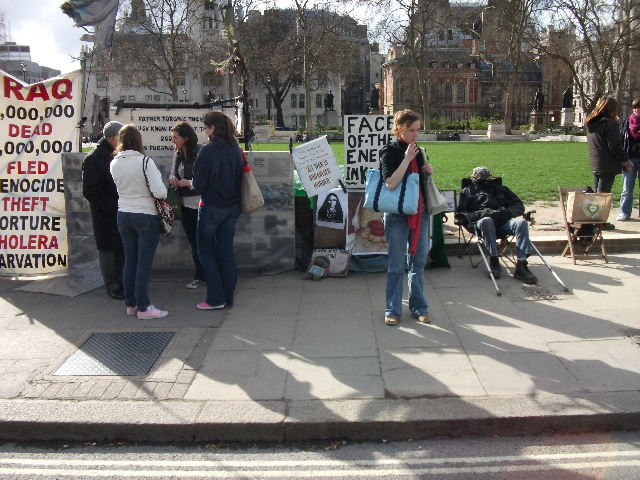 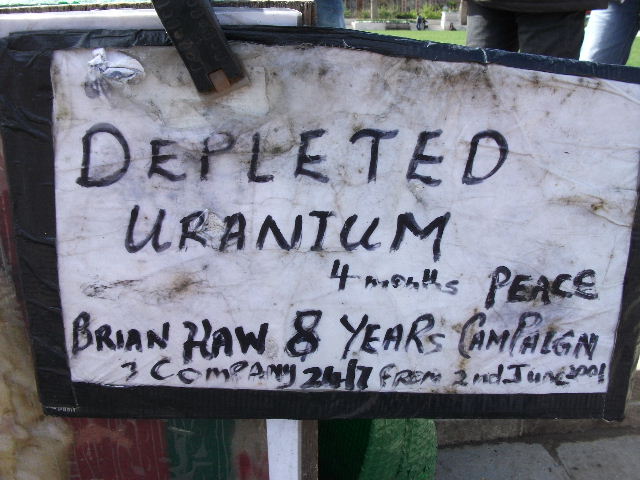 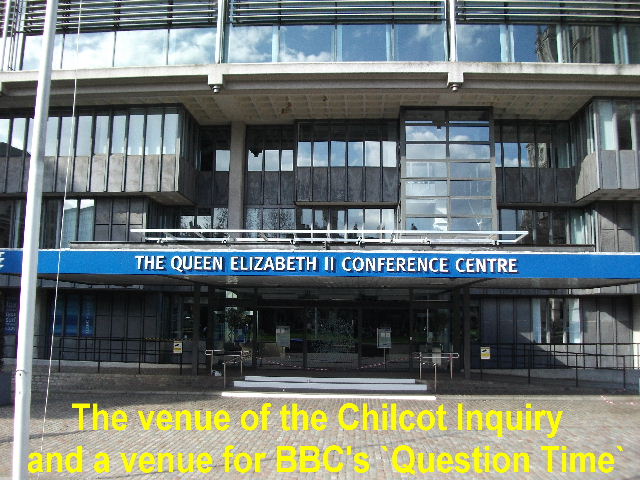 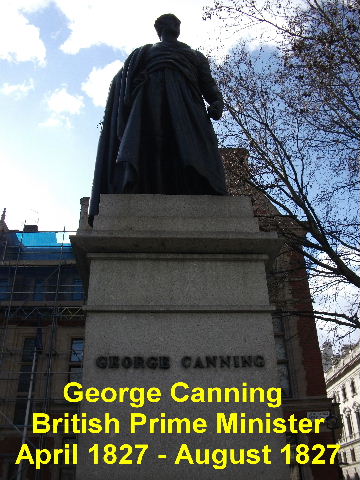 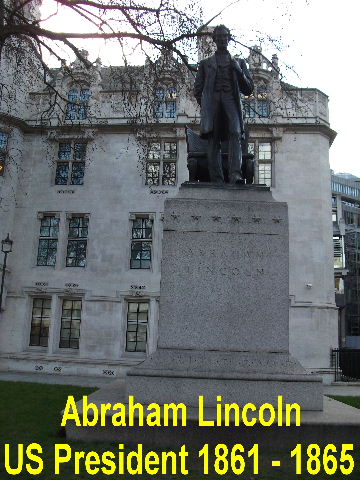 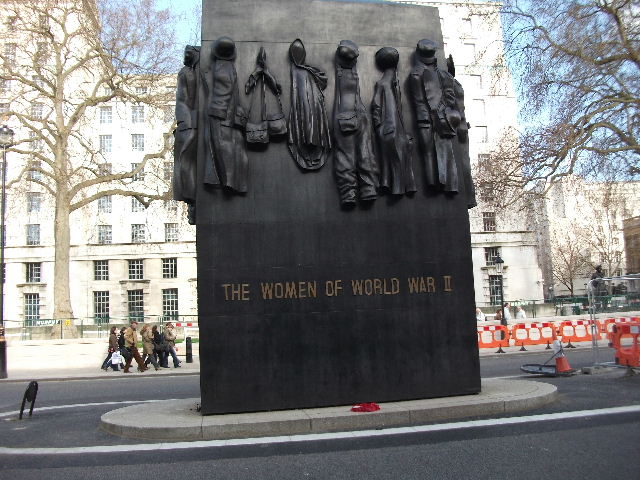 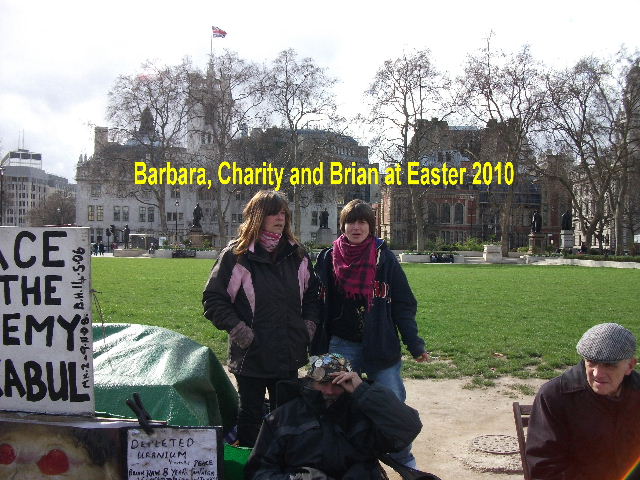 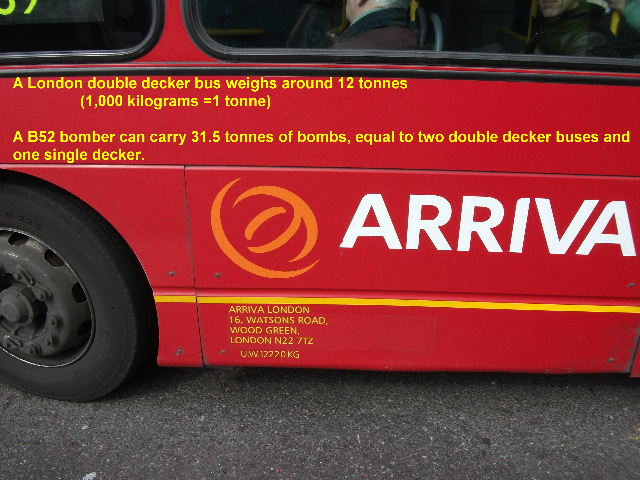 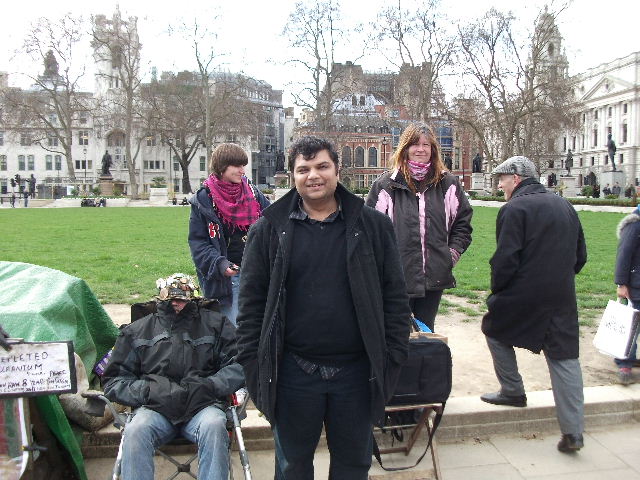 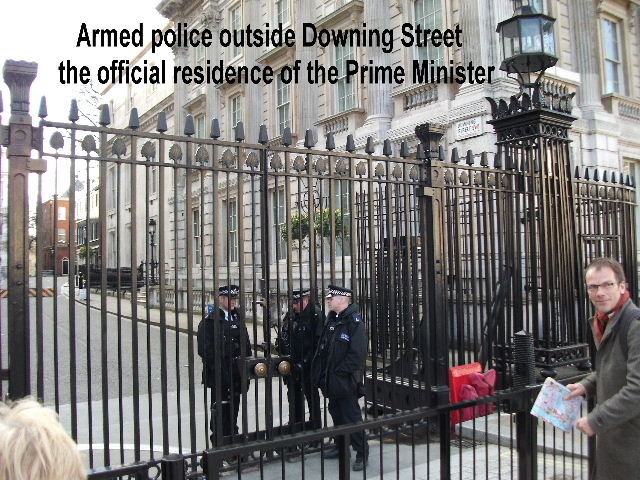 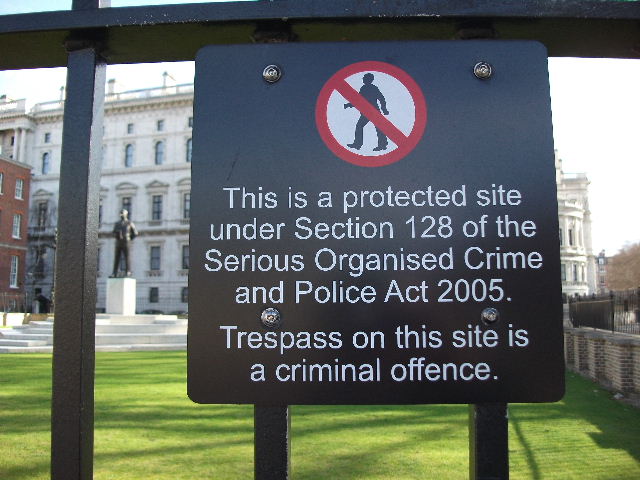 
Spring has at last come to London’s Parliament Square after what was the capital’s coldest winter since 1982. The peace campaign of Brian Haw and his supporters has now reached nearly 9 (nine) years since its inception on June 2nd 2001. Though the trees in St James Park are still bereft of leaves the days are now longer than the nights and the daffodils are in bloom. Brian’s colleague on the peace campaign, Australian Barbara Tucker, had been praying for warmer weather; her prayers have been partly answered though she is still sporting gloves.

Easter day Sunday April 4th saw Brian clock up day 3, 228 of his vigil for peace. Barbara has been in the square since December 2005 which is around 1,600 days. She has kept a running total of her number of arrests which now total 38 including at least one arrest without a warrant, which of course is illegal.


Tuesday April 6th saw the expected announcement of the May general election and as usual there were the numerous reports from ‘our political correspondent’ in Westminster, from outside 10 Downing Street, from College Green opposite the Palace of Westminster as the Houses of Parliament are sometimes referred to and perhaps from the main square itself. However, there is rarely any view of the long time peace campaigner Brian Haw whose views are seldom if ever sought by our political correspondent.

More than half of all MPs have submitted very questionable expenses claims. One need only think of the demands for the duck house (Sir Peter Viggers), the 550 sacks [weighing half a ton] of horse manure (David Heathcoat-Amory), the two 'limed oak toilet seats' (Derek Conway), and the pornographic videos (Jacqui Smith). While these items may seem merely comical many MPs overpayments run in to six figure sums, which the honourable members are refusing to pay back under what is termed ‘Parliamentary Privilege’. As if this wasn’t enough the departing honourable members are to be given ‘golden goodbyes’ of up to £65,000 if they leave office.

How much compensation do the bereaved families of the soldiers killed in the honourable members’ wars get? They will be lucky to get a fraction of the politicians’ preposterous expenses claims.

How much compensation will the widows and children of all the million or more dead Iraqis and Afghanis get? In most cases nothing at all. What is being done to help the refugees created by the wars? How many Iraqi and Afghan refugees have Britain or the United States accepted? Very few is the answer while small, poor countries like Jordan and Syria have accepted around a million Iraqi refugees each.

Having given saturation media coverage to proven deceivers and fraudsters such as those who frequent the Palace of Westminster surely ‘our political correspondent’ could find time for a man who has consistently told the truth for the past 9 years?