…...well sort of. New councillors were reminded yesterday that Manchester Airport is still the 'elephant in the room' when it comes to the local Climate Change Action Plan – since the Council have refused to include the flight emissions from the Airport in their carbon reduction targets. The 9ft inflatable elephant highlighted that the Council's much-lauded plans are totally undermined by the omission of the Airport– especially considering that Manchester City Council own 55% of Manchester Airports Group. 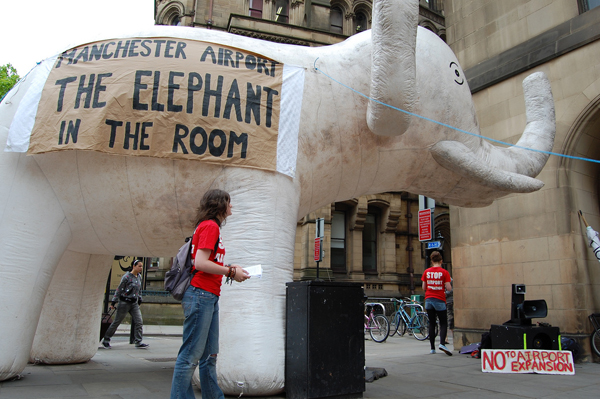 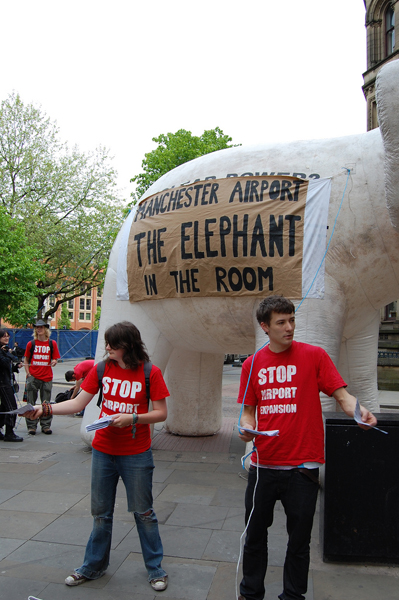 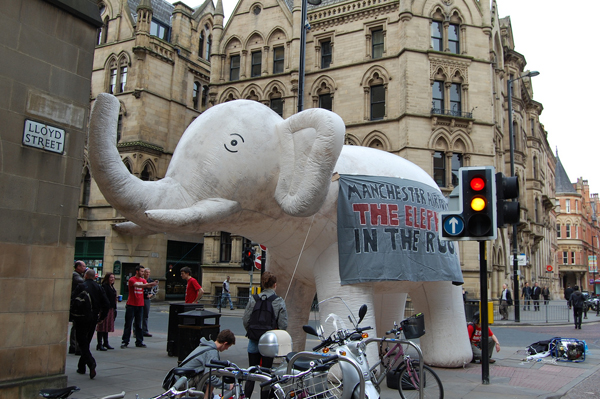 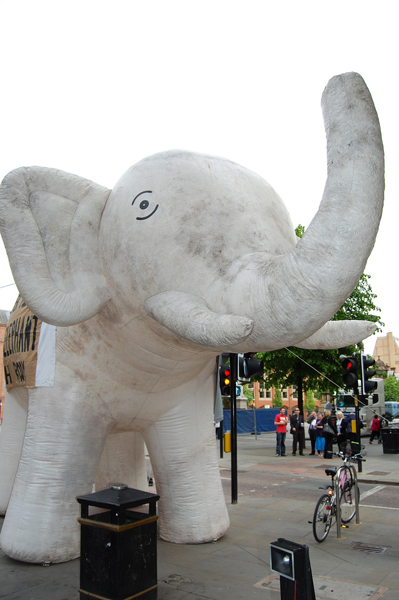 ...despite being one of the biggest sources of emissions in the City 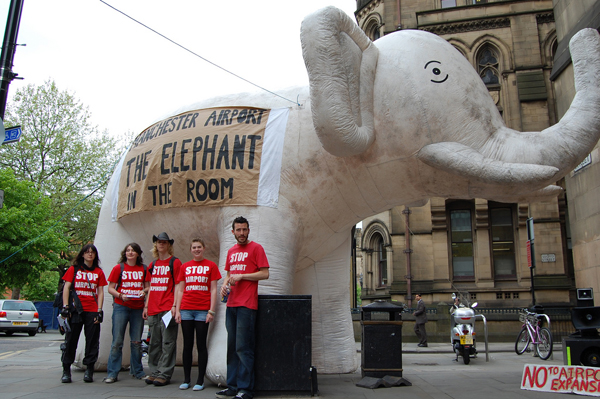 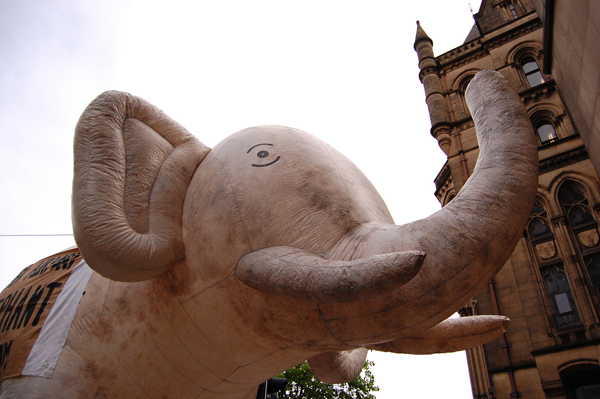 As Councillors met altogether for the first time since the election, a trailer bike soundsystem played a set of aircraft noises as a reminder of what life under the flight path can be like for communities in Stockport and Knutsford.

In November 2009, Manchester City Council released 'Manchester: a Certain Future' which laid out plans to reduce the city's CO2 emissions by 41% by 2020. These calculations did not include the full impact of the airport. The next day the Council Planning Committee approved proposals to bulldoze residents homes at Hasty Lane, to expand the World Freight Centre at Manchester Airport. [1]

A report by the Committee on Climate Change (December 2009) has predicted that
Manchester Airport could become as busy as Heathrow with the number of flights doubling by 2050, leading to a flight taking off or landing every 70 seconds.[2]

Recently, the new coalition Liberal Conservative government in London have
blocked expansion plans at Heathrow, Stansted and Gatwick. It seems the aviation industry will be looking to expand regional airports like Manchester to increase their profits.

Alex Fountain from the Stop Expansion at Manchester Airport coalition said, “The new councillors need to take a fresh approach to airport expansion. The council cannot continue to ignore its effects on local communities – such as rising carbon pollution and noise impacts.”

He continued, “There is a tourism defecit in the Northwest of England amounting to £2.2 billion. [2] That's £2.2 billion more being taken out of the region than being brought in by airports. The argument that airport expansion is good for jobs and the economy is unfounded. We need an update assessment of the airport's role in the region.”

Manchester Airport plan to become carbon neutral by 2015 - but this will not include emissions from flights.

A rendition of 'Nellie the Elephant' by the Toy Dolls was also heard playing out the soundsystem.