Supporters of the Lewes Road Community Garden are holding a demo outside Lewes County Court, High Street, Lewes, before an appeal hearing against the posession order granted to developers Alburn Minos Ltd and their partners in eco-crime Tesco.
The demo starts at 9.30 with the appeal hearing due to start at 10.30am this Friday. The Big Lemon Bus company is laying on a free bus leaving the garden on Lewes Road, Brighton at 8.30am (donations to the court costs and garden fighting fund). 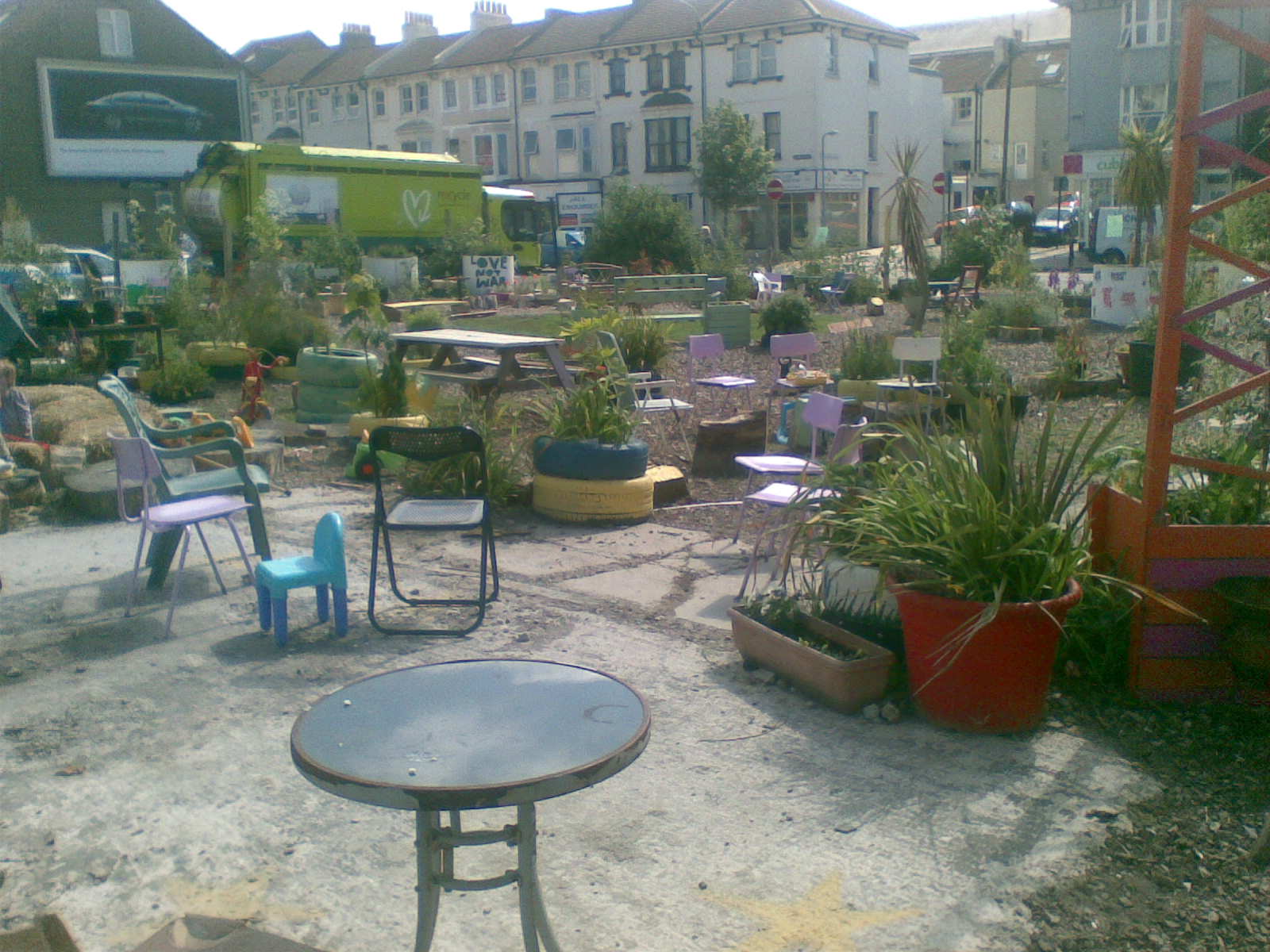 Alburn Minos Ltd are waging a vindictive campaign of harrassment against two named garden supporters - both who have now disassociated themselves from the project (the garden was set up in May 2009, when guerilla gardeners took over a derelict Esso garage). The Belfast-based company has sent threatening letters saying that they will pursue them for court costs of £7,000 and more now that the garden has been re-occupied. How can you be held responsible for something you have no control over?

In the meantime activists and residents saw off the first eviction attempt on July 2 by putting themselves before the bulldozer and garden entrance. Three lorries carrying harris fencing the bulldozer and a grabber left the site after three hours after repeated attempts to try and hoodwink garden occupiers failed.

Lewes Road Community Garden has provided a meeting space and green haven along the busy, traffic-clogged Lewes Road. It has been enjoyed by thousands of people, providing a venue for community events and bringing together local residents many of whom don’t have gardens themselves. There is a food waste compost scheme, vegetable growing and local kids 'pot up a plant' project.4,000 residents nearby have signed a petition of support for the garden and against Tesco, a betting shop and flats planned.

A delivery of one ton of compost for new beds sends out a strong message to Alburn their two sub-contractors, Gilbert-Ash and Taureen Management Services and Tesco - we'll continue to provide for the community and not leach off it. Funny how in a recession it's only developers supermarkets and betting shops that do well.