Climate Change brought to you by Shell

The Independent, Shell, Channal 4 and Greenpeace bring you "Can we cut carbon in time?" The unsurprising answer is not if these people have anything to do with it. 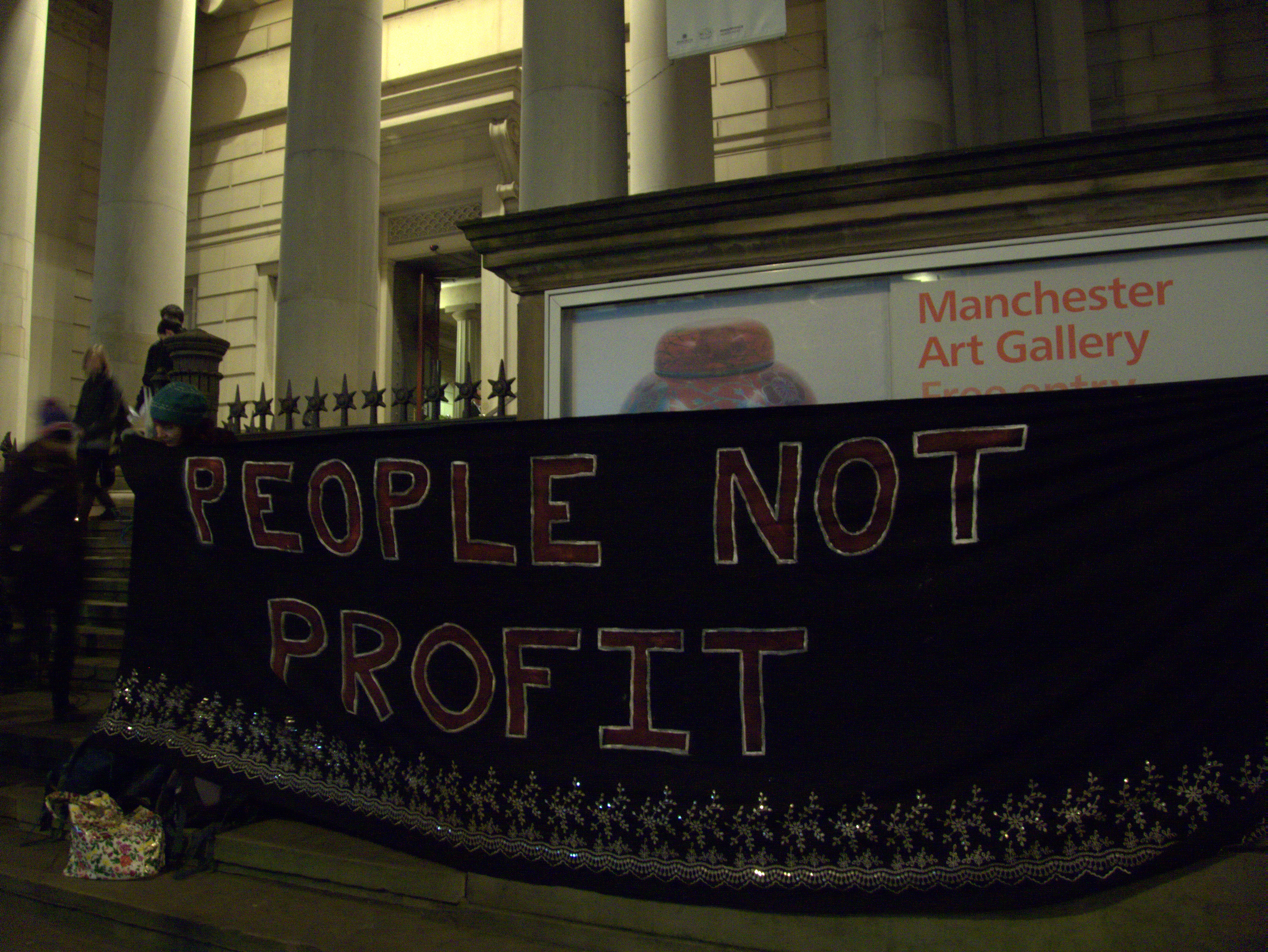 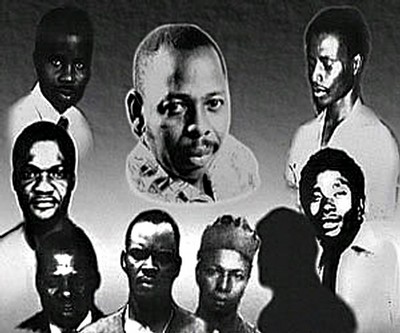 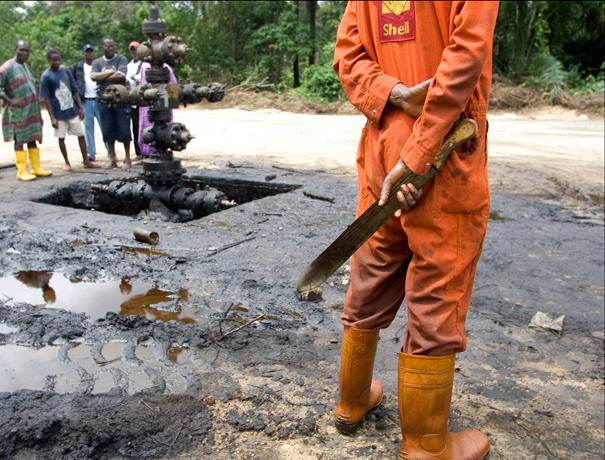 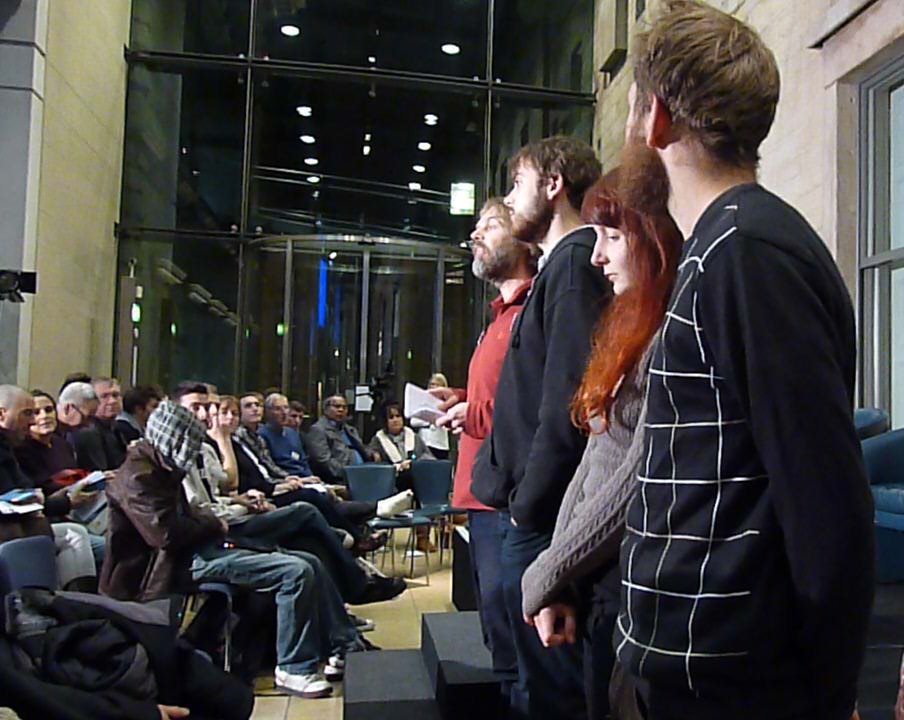 This evening Wednesday 16 November the City Art Gallery in Manchester hosted a debate on climate change in association with Shell, a multinational oil giant responsible for environmental destruction and appalling human rights abuse across the world. 12 activists from Manchester Climate Action went along to highlight this contradiction. They read out a statement in solidarity with communities who have been exploited at the hands of Shell and led an impromptu minute’s silence at the beginning of the debate in commemoration of the nine Ogoni activists from Nigeria who were executed for speaking out against Shell.

Sandra Wainright, from Manchester Climate Action said, “the event was frustrating. Despite our intervention the debate was centred around carbon and totally ignored human rights abuse associated with corporations like Shell.”

The debate was predictably narrow, with a panel made up of 5 middle-aged white men who spoke of techno-fix solutions, saying that political will is our only constraint and seemed to suggest that global dictatorships could have a role to play. In the politics of the event there was no space for social justice; the issue of consumption and the growth economy were raised but not dealt with by the panelists and the discourse narrowly focused on CO2 and energy.

The event, billed as “On the eve of Cancun: can we cut carbon in time?” illuminated yet again the narrow nature of the international state and corporate response to climate change.

On the eve of Cancun, not much has changed.