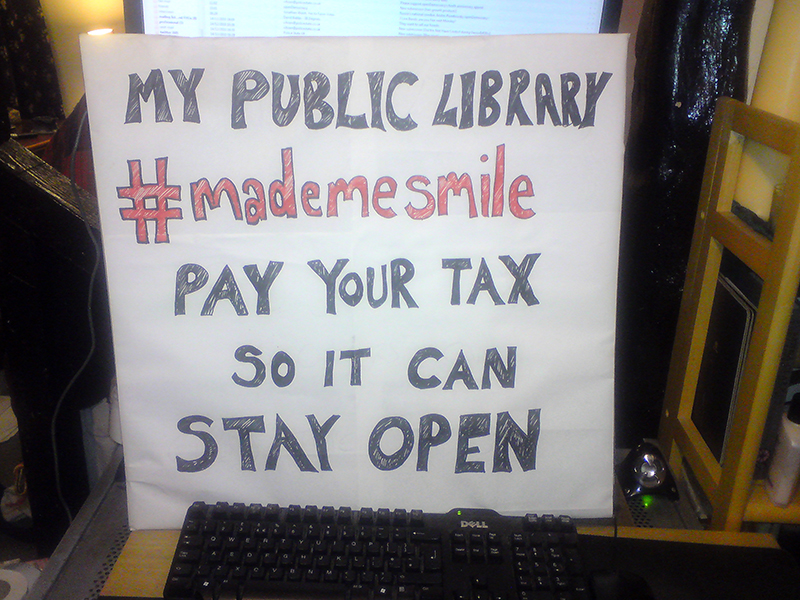 My Public Library Pay Your Tax So It Can Stay Open 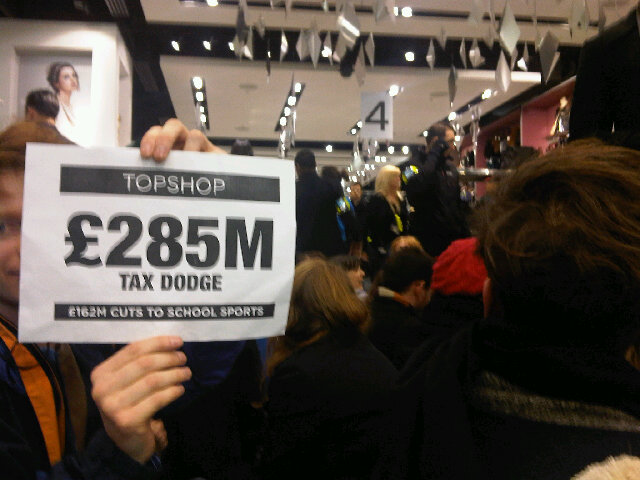 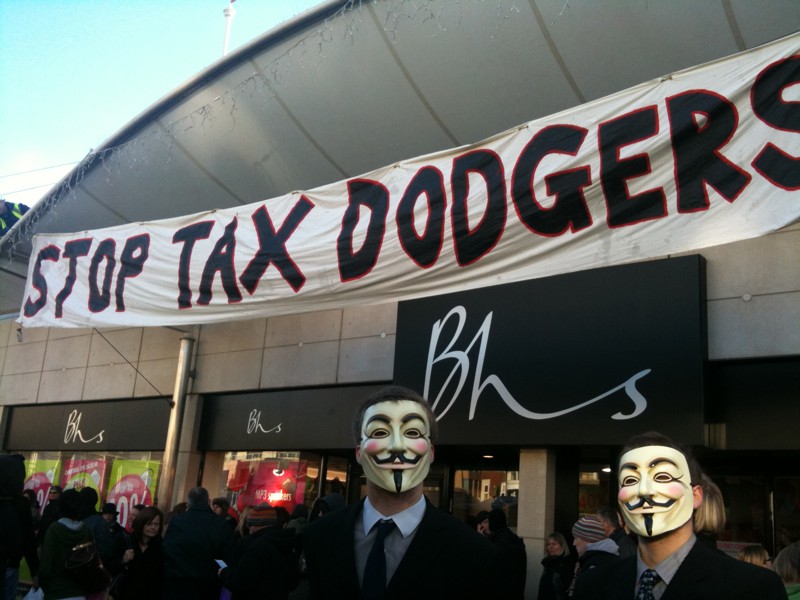 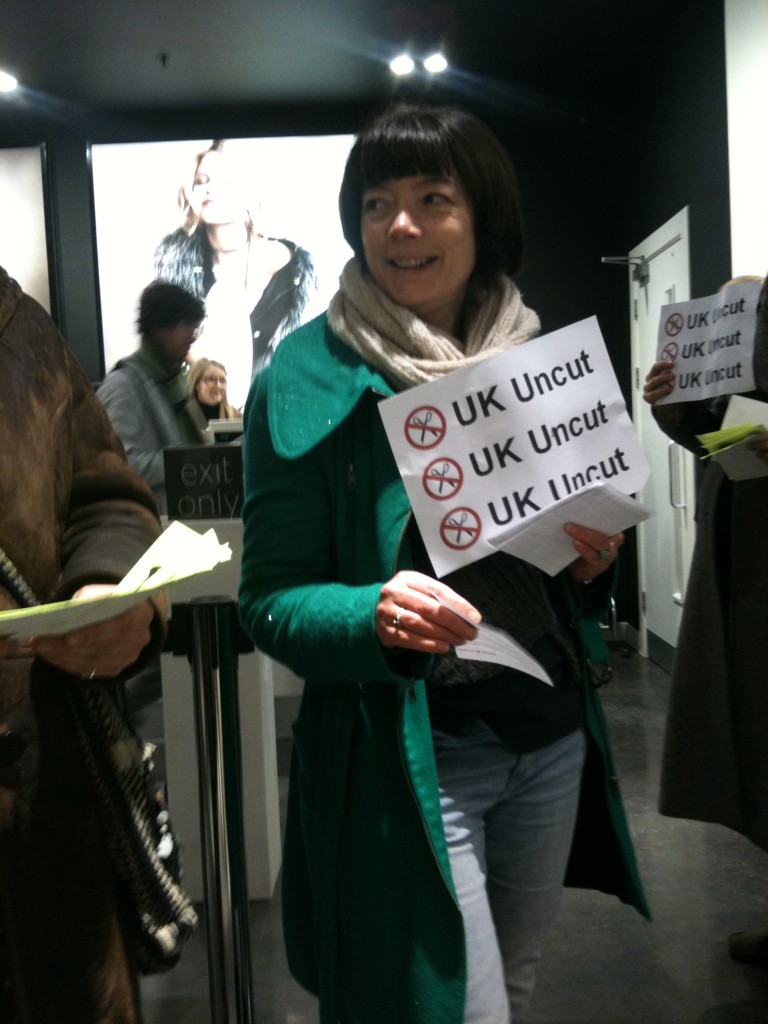 Chant: HSBC shame on you! We pay taxes, why can't you?

Dear The Rich, please pay your share so we, The Poor, don't have to lose our welfare state to prop up your banks. Thanks.

Severe weather warnings, trains not running, the airports closed, roads closed, the weather dominated the news programmes. Not a good day to shut down Vodafone, Topshop and other tax dodgers, or so I thought. Only the day before over 50 actions had been flagged up.

But I was pleased to say I was proved wrong. They came, they occupied. Across the country stores and banks were occupied and closed down.

In Covent Garden, protesters held a sleep over in HSBC in protest at housing cuts. HSBC had now been added to the list after it was revealed they had dodged £2 billion in tax. If paid there woudl be no need for housing cuts.

A santa from Big Society Revenue and Customs was glued to the window of Dorothy Perkins.

M&S was targeted in Hackney and Oxford Street.

Why M&S? M&S trousered £492 million in unpaid tax over te last five years, that is if they had paid tax at the existing rate of corporate tax.

This needs putting in context: it apparently costs £162 million a year to provide school sport, or about £810 million over five years. M&S could have paid for 72% of that if it had paid the full rate of UK tax on its profits or 60% if it had just settled the total tax it provided on its profit and loss account.

In normally sleepy Tunbridge Wells, despite the inclement weather, around 30 protesters turned out.

The Library Bloc was very effective. Reading books to shut down stores whilst at the same time highlighting closure of public libraries. Closures that would not be necessary were tax dodgers to pay their taxes.

Well done Anna Fleur (@magiczebras) who revised for her GCSE whilst occupying HSBC. Trade minister Stephen Green just happened to be director of HSBC whilst they dodged £2bn in tax.

Philip Green's tax dodges could have paid for two years of sports in every school in the country.

Shame on the BBC who failed to report!

Do not the Brits have a reputation for apathy. A winge over their lukewarm beer but that is as far as it goes. But push them too far, as Hitler found, and they fight

Austerity cuts, an exagerated budget defecit being used as an excuse for application of Shock Doctrine and the resultant slash and burn of public services, the rich laughing all the way to their offshore bank accounts and the long-sufring Brits have said enough is enough.

It all started with the shutdown of the Vodafone flagship store in Oxford street on "7 October 2010 and it has taken of from there. We have seen what has become also a regular feature of the weekend, shutdown of Vodafone stores and other tax dodgers. We have seen students take to the streets and occupation of universities not seen since the late 1960s.

And yet we have see what appears to be a media blackout.

The first most people know of these protests is when out shopping and ask what is going on. They then join in.

Topshop and the solidarity of the ‘ordinary shopper’

From Fact to Fiction: Santa's Sit-in

The return of the public?

The ethics of tax avoidance

Tax dodging: what would Jesus do?

What would Jesus do?