A list showing the full contact details of shoppers and donors who used the far-right English Defence League’s (EDL) clothing website & the database of BNPtv has been published online. 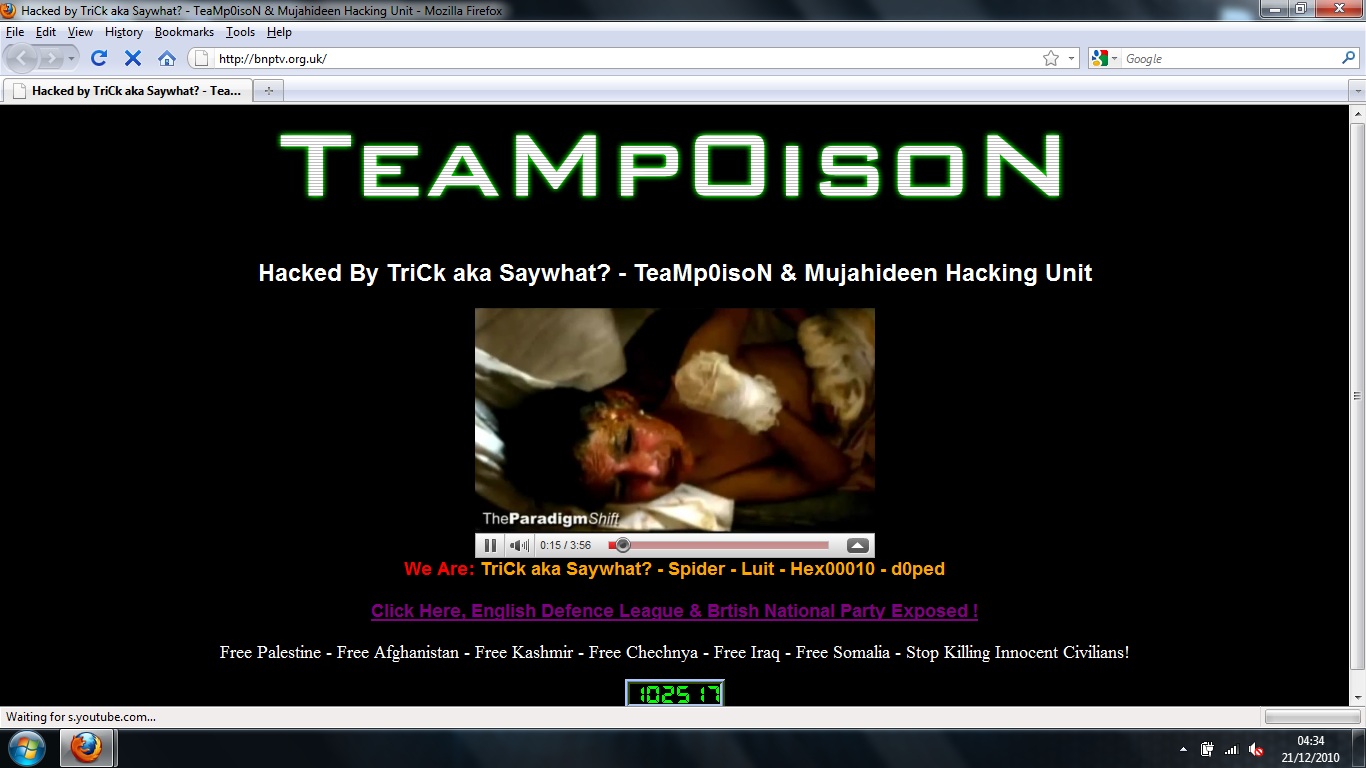 Earlier this week the English Defence League website was hacked by "TriCk aka Saywhat?", today the British National Party Television website was hacked by the same hacker, the hacked page contained a hyperlink to an article exposing the members of EDL and the BNP.
The article can be found here,