The Hospitality of Swiss Police

Switzerland the home of modern day human rights? An historical connection lost on the Swiss police on Sunday 1st June, 2003 against anti-G8 protestors in Lausanne, where police repression was taken to another level. 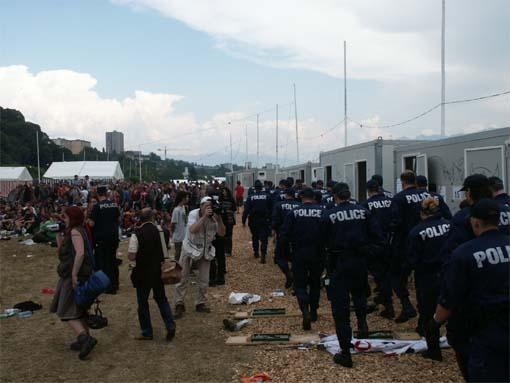 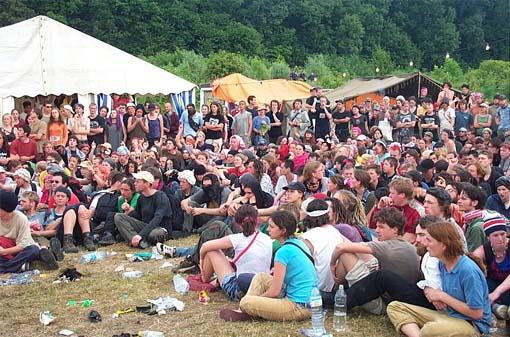 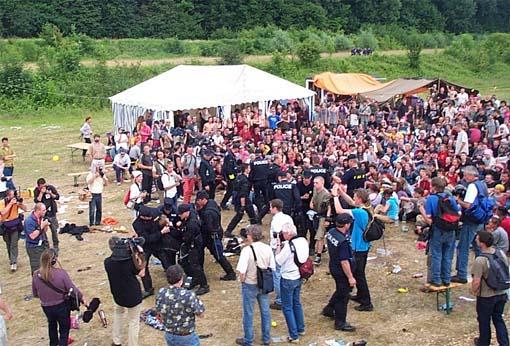 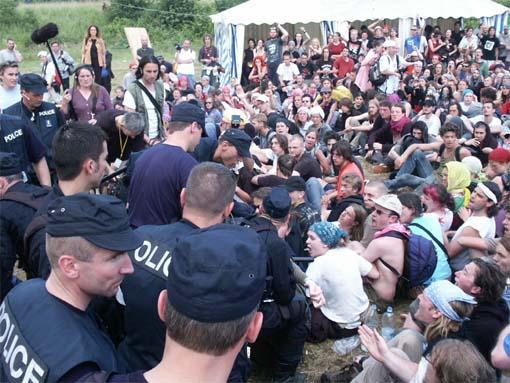 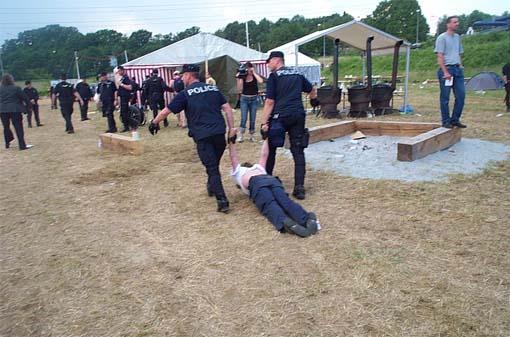 I thought I had been canny in avoiding most of the police brutality that accompanied the anti-G8 protests and blockades in Lausanne on Sunday 1st June. Walking back through the now quiet streets of Lausanne, to the Bourdenette campsite where an hour or so earlier street battles with the Swiss and German riot police had been taking place, there remained only small reminders of the mornings events. In places the streets were still wet from the water cannons and teargas canisters lay in the gutters. Everything was now peaceful. Local residents were now back out walking their ridiculously small dogs.

Arriving back at the campsite