Do you think there is a connection between bombers and fighters? Do you care? The answer to one or both of these questions at USAF Fairford seemed to be no. campaigners from Oxford tried to help visitors to the tattoo make this jump. 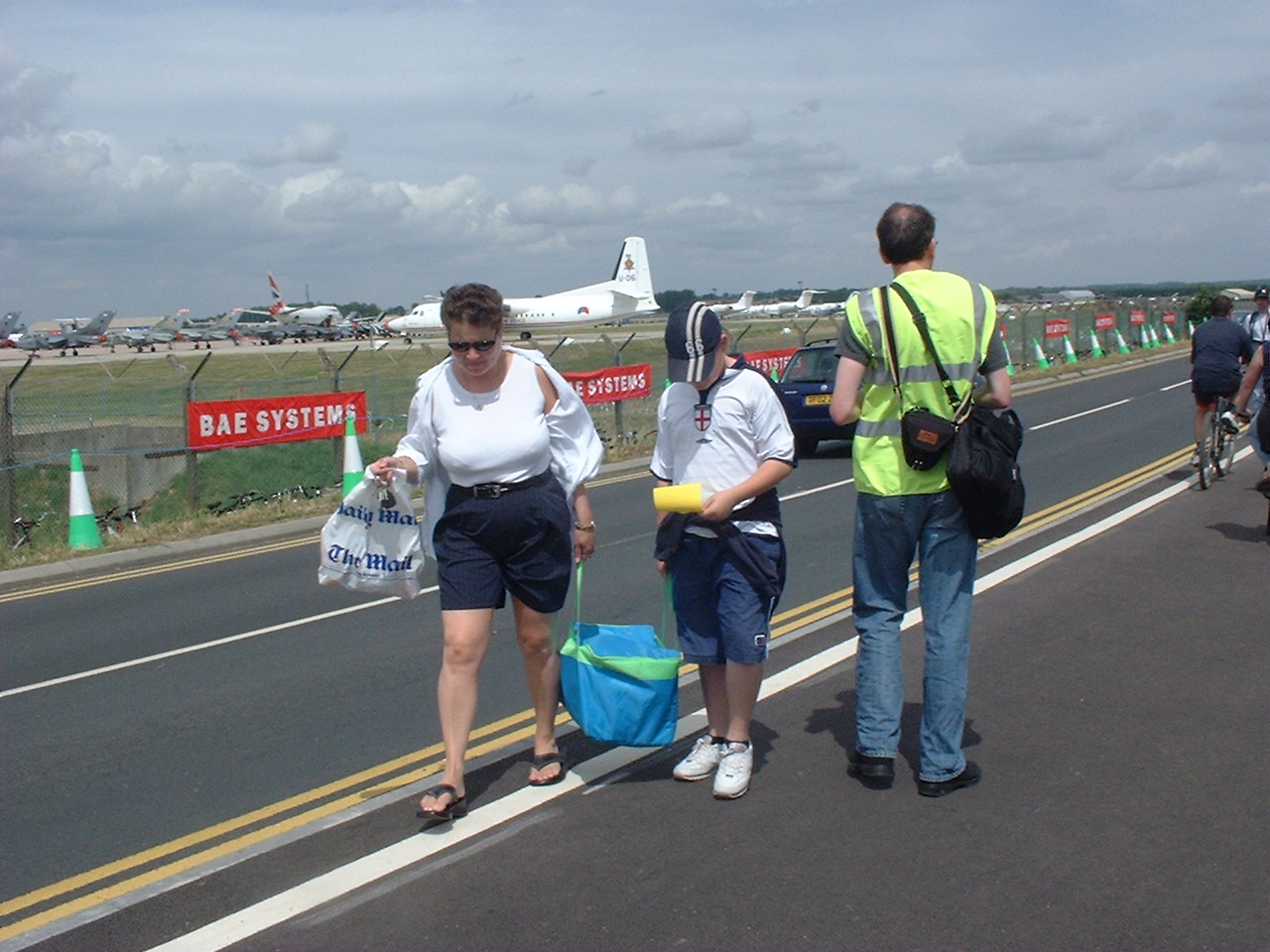 Leaflets with a smile

Saturday 19th July was the main day of the great USAF Fairford Tattoo. It gave an opportunity for people who had missed the splendour of the good old the B52s, flying off from Fairford during March and April a second chance to admire these veterans of Vietnam, Laos, Cambodia etc. People of these countries and more recently Iraq have had far more direct contact than we could ever dream off. However, some people from Oxford earlier this year did try and obtain more direct access to them. Unfortunately they failed but did receive three months free accommodation in compensation.

On Saturday a small group of Oxford activist went to the tattoo and forgoing the pleasure of the planes handed out 1,500 leaflets to visitors. By coincidence the leaflets looked very much like the official programme and the group wore yellow vests for cycle safety. Visitors happily took this free information and stuffed them into their anoraks with there note books. Others could be heard saying such things as, ‘Look they have F117s’. However, those who read further, and many more later as they shuffled off home, became a little puzzled as seemingly unrelated words like ‘destruction’, ‘death’ and ‘victims’ jumped from the sheet.

To some it may seem strange that many people do not seem to make the connection between bombers, fighters and death or do not seem to care. As the weather was good many carried their anoraks revealing T shirts promoting planes such as the Stealth Bomber. In contrast the Oxford group had large colour photos of maimed children attached to their bikes and tied to their backs as they cycled around the base.

Apparently there were far fewer this year than last. Shame! Something about a war.