Artist Welfare In a World of Music and Dance 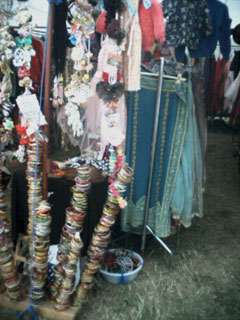 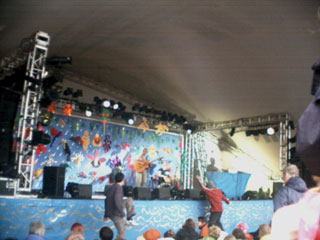 Cheikh Cesar at The Village Stage 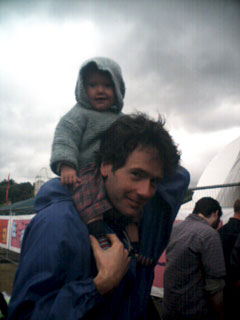 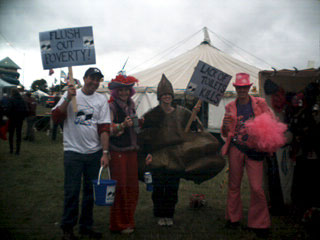 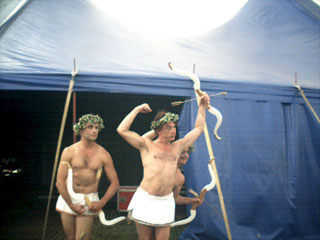 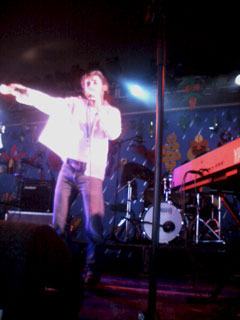 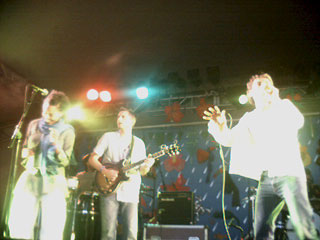 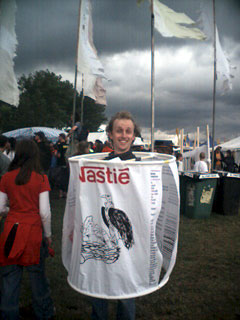 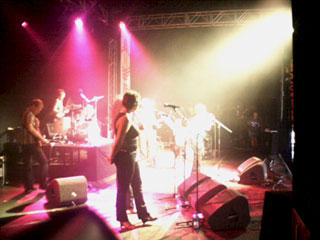 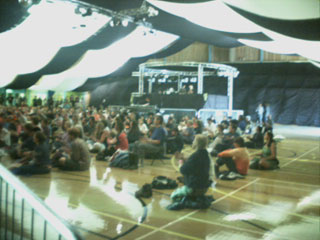 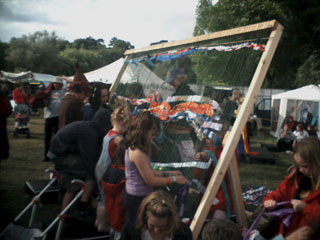 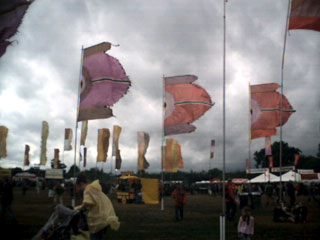 Thursday Evening before the Throngs

Artist Welfare Officer in a World of Music and Dance

Beers, towels and chocolate. My responsibilities were heavy at the WOMAD festival. But it wasn’t all work, work, work. I was privileged to see some beautiful music being performed. The sort of music that demands a purely physical reply. What with Cheikh Cesar’s shoulder shaking rhythms, Mr Scruff’s finger clicking cartoon soul sets, and Lo Jo’s hip rolling gypsy grooves…what was a girl to do but boogie?

Reluctantly shimmying away from the outside stages, back to the Rivermead dressing rooms (I use the phrase loosely), I always chose to take the scenic route through the seven continents of the traders stands. As I hurried through (unfortunately I didn’t have the luxury of festival pace) I sniffed and sipped at the flavors, textures and perfumes from the Caribbean, China, India, Africa, Arabia, South and Central America with all the edges blurred.

This over-priced sequined sensual medley is, of course, now a well established side order of the exotic found at most festivals. However, it was particularly exciting to see just how many of the stalls were upholding fair trade or leafleting sustainable projects in developing countries.


A man dressed as a can of condensed milk allowed me to take a photo in return for a donation. He was there to raise awareness of the world's largest baby food company, Nestlé, making huge profits by pushing artificial infant feeding in violation of the World Health Organizations International Code of Marketing of Breast Milk Substitutes.

And a girl dressed as a gigantic turd rattled her bucket for help towards water sanitation projects. Nice to see people mucking in eh!
Early evening on the Friday an already stoned thirty-something in baggies was embracing life next to the Siam Tent, he was trying to persuade people to join The Revolution. By the end of the weekend I was beginning to think there might actually be one brewing. The musicians played to their audiences like they were sharing something more than their talent. Mutual enrichment seemed the be the main dish of the day. A sort of international you show me yours and I’ll show you mine.

On Saturday, Senegalese duo Pape & Cheikh sang “Yatal queew” (Widening The Circle) through the rain, to a chilled and captured crowd at the main stage. This song flashes a welcoming grin at the virtues of tolerance and co-operation between ethnic, social and political groups and summed up the mood of the festival triumphantly.

And what’s in a name? Highlight of my weekend the political jazz-chanson-fusion singer/songwriter Kad Achouri, meditated on his manifesto “Il Faut Que Ca Change” and reminded us that the name “Mohammed” is not synonymous with danger and suspicion. With a spoon full of sweetness from the backing vocals, the richness of the bass and piano and Kad’s deep liquor voice, Sunday afternoon at the Village Stage felt like pure subliminal indulgence.

Elsewhere music provided the platter on which to serve the common human instinct to swirl around, bang big drums and get funky. Genre surfers The Cat Empire did this with great aplomb as did the brilliant, Birmingham bangra boys Pardesi Music Machine.

Some of the workshops, however, were disappointingly less like breaking the cultural bread and more like warm up gigs. This is not to say that the ones I saw weren’t enjoyable to watch, but it was only when the Maori voice and body percussion ladies got off the stage onto the same level as the eager bum shufflers and taught them how to dance a canoe that any audience participation appeared to be taking place.

Mind you, hoisting two crates of beer behind the semi-opaque curtain of a tai-chi-lie-on-the-floor-and-relax session when I had an aching hangover in the mornings did make me very envious. Not that I’d complain…for keeping the DJs fed and watered I’d dined lavishly on the fruits of the world of world music and dance and met some truly inspirational characters. Eliza, you missed a lovely weekend…..despite the rain.