Yesterday, 1st September, contractors and exibitors started to arrive at the largest arms fair in the world. Peace campaigners were waiting for them. 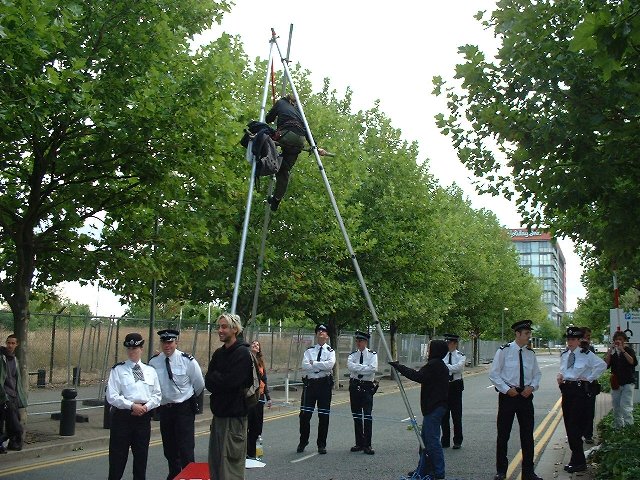 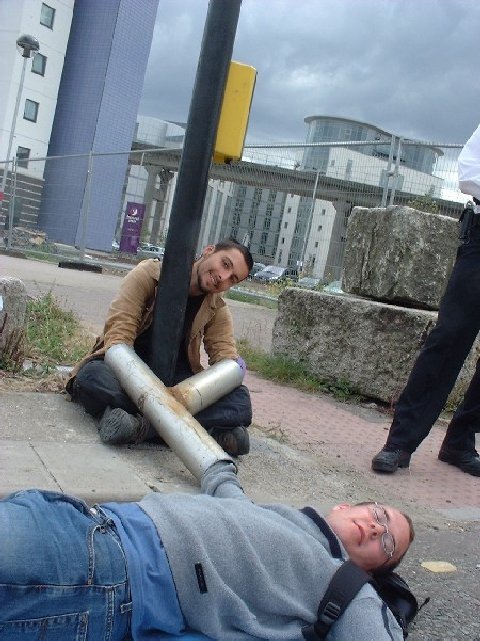 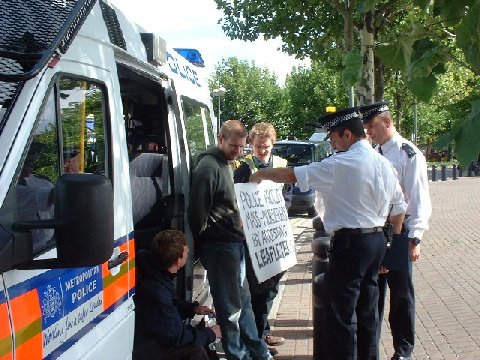 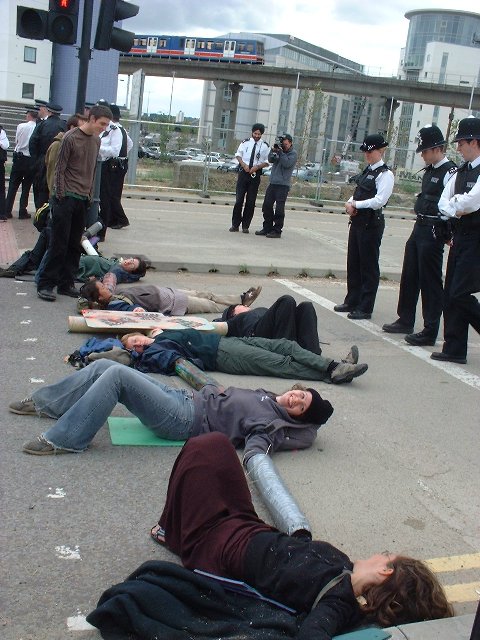 Spirits were high and giggling common 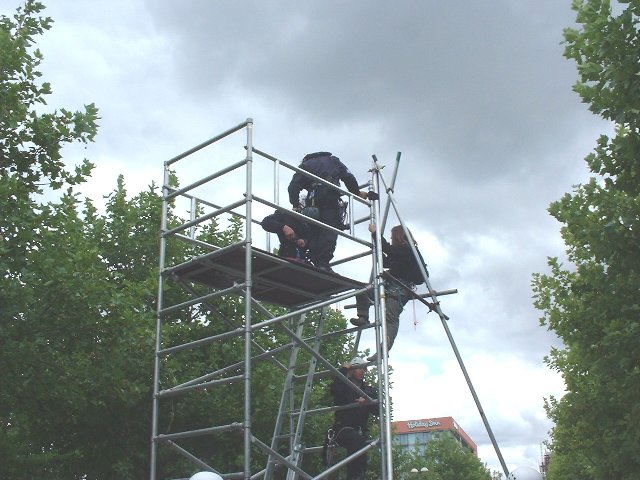 September 11th attack on the twin towers happened during the 2001 arms fair but the selling of weapons continued uninterrupted. No minutes of silence just profit from the fuelling of conflict, war, oppression and human rights abuses. A third of the population dies in East Timor with the help of out weapons. At this very moment people are being killed and oppressed in Aceh, Indonesia with our weapons. Without this arms fair, where countries shop for weapons they will use against each other, the ability to destroy bodies and lives would be reduced.

Peace campaigners believe that they can disrupt the arms fair and increase the cost of running it and therefore stop it in future years.

It can be stopped if enough people are aware of what is happening and the fact that our taxes are supporting this abhorrent business.