A team from Indymedia visited the St Giles Fair in Oxford on Tuesday evening to take a few pictures and interview a few people who were attending. This is what they said... 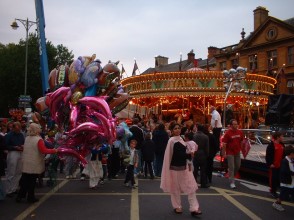 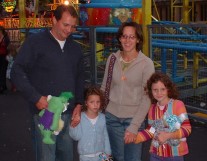 The Dunn Family from Bicester 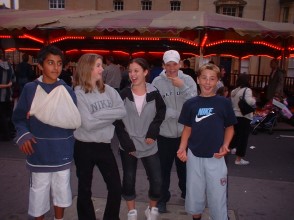 Ashley and friends from Oxford 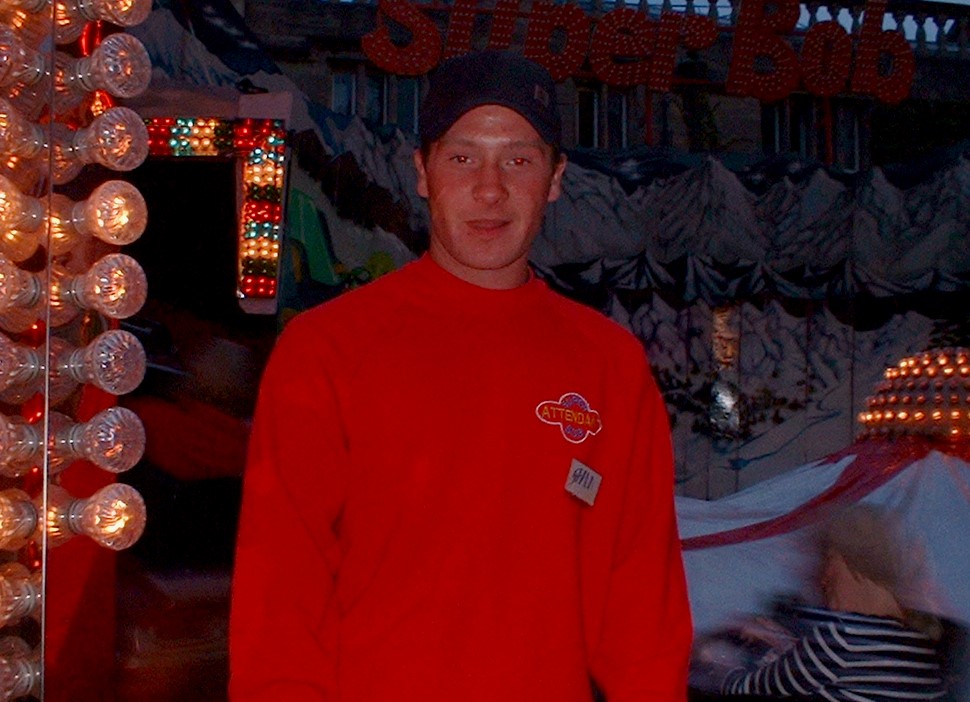 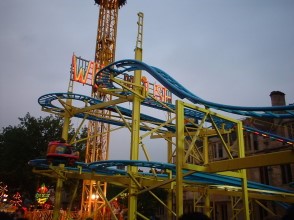 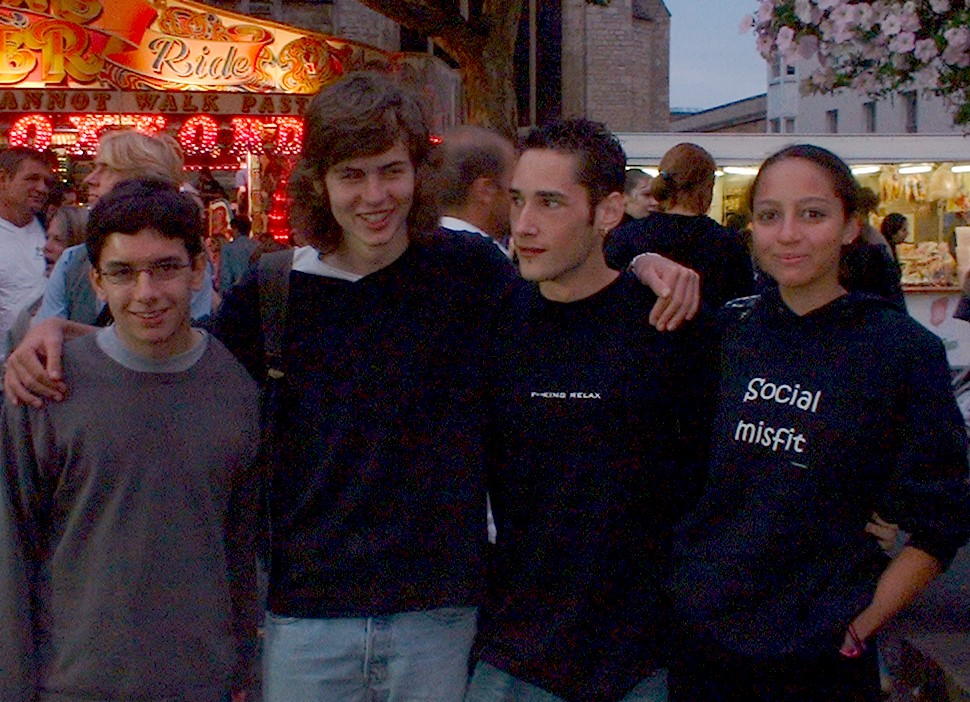 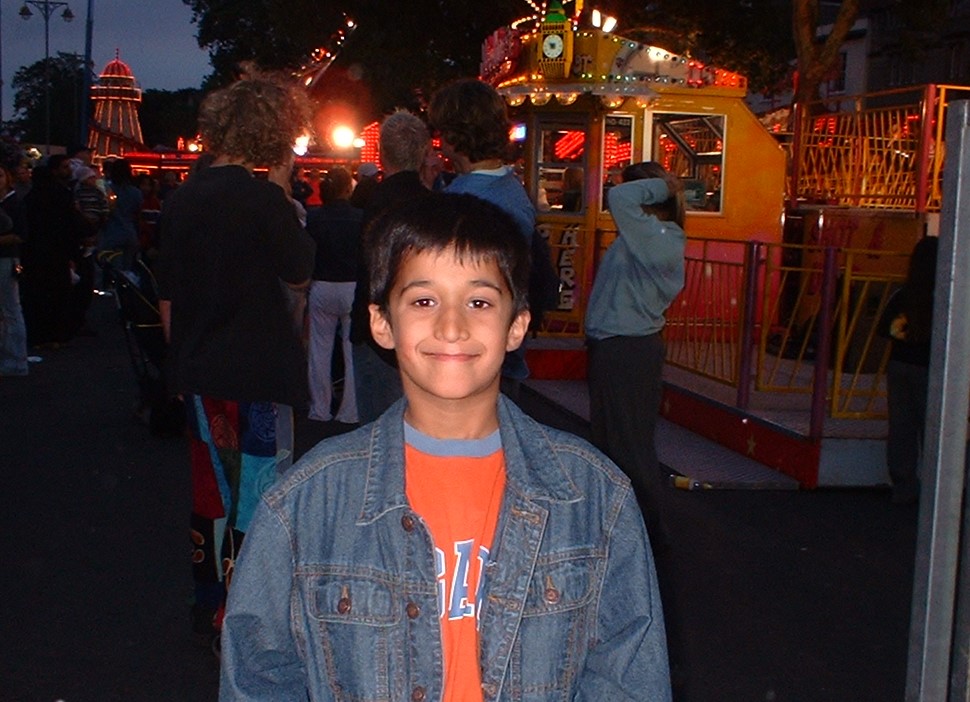 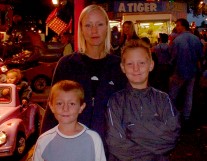 Kate, from North Oxford said, “It seems I’ve spent five years mollycoddling my children, and then I bring them here and let them be sent at what seems like a 100 miles an hour around in the air. It’s a bit of a paradox. But we’ve had fun overall.”

Sarah Richards, who lives just off the Iffley Road was disappointed that the huge ride which was last year situated on Beaumont Street was not at the fair this year. She said, “Last time I spent half an hour queuing and £10 to go on it, but it was still worth it, as the fair is only on once a year. Perhaps the whole fair is smaller this year because the kids are already back at school.”

Shaun, from Huddersfield, has been working on fair rides for eight years. “It’s not as busy as last year, but busy enough for us. The atmosphere is buzzing, really good.”

Heidi from Yarton said, “I like the fact that there are lots of different rides – its very good for the little ones. But the prices go up by about a pound or pound fifty in the evening, and we couldn’t come during the day. I think it’s quite expensive.”

Balloon seller Elaine Gorden preferred the old style St Giles Fair. I’ve been coming here since I was about four,” she said. “And now I’m in my 60’s. I’ve been involved in St Giles Fair all my life – my parents were in the business too. It used to be more of a market and a fair together, whereas now it’s all about the fair. I think that’s a shame.”

13 year-old Ashley Jones from Oxford complained that the rides should be cheaper, but still thinks the fair is “quite good.” He said, “I’ll give it a 7/10 he said, but the prices go up 50p every year. They should change the rides each year and have bigger ones too. This year I’ve been on Chaos, Stargate and Airforce One.”

Cxun from Oxford was visiting the fair for the 2nd year. He said, “It’s quite good. The rides look dangerous, but I still go on them. Once you’re on, they seem safe.”

The Dunn Family from Bicester have been coming to the fair for the last 3-4 years, although Mrs Dunn visited when she was a child. They said, “It’s reasonably priced for a fair this big, and it has such a fantastic atmosphere. There’s lots to do for younger kids, and I like the fact there’s no aggro, no lager louts or anything, at least not at the moment.”

Andy Butland, 18, from Kidlington. “I think it’s crap. I don’t trust the rides and think they’re dangerous. I’ve been coming since I was little, and this year there’s a lot less rides and they used to be bigger.”

Zanne, 8, from Headington had just been for a ride on the Dodgems. He said, “It was great fun, but last year it was much bigger.” His mother, Mrs Chowdhry said, “I like just to come to look – that’s good fun, rather than going on the rides.”