Madeleine Albright - Not welcome in Oxford 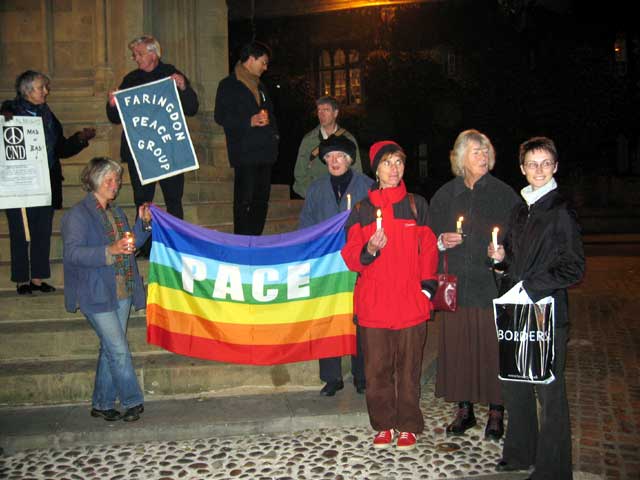 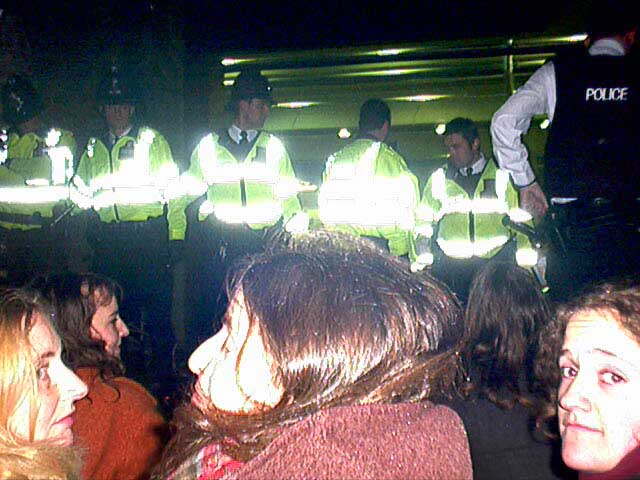 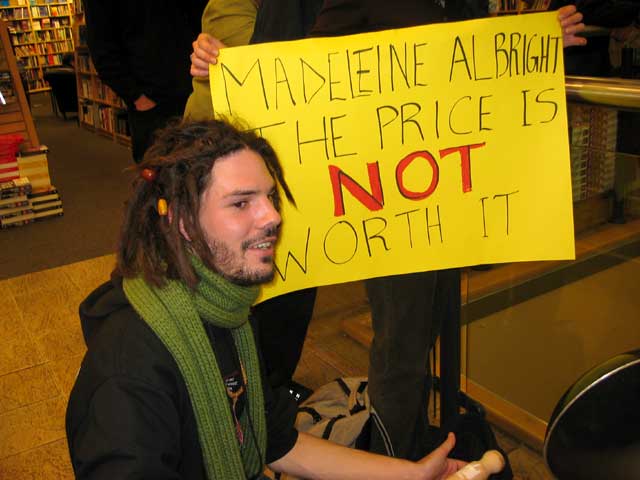 In her memoir “Madam Secretary”, Albright admitted that her comment, that the deaths of 500,000 Iraqi children as a result of sanctions against Iraq was ‘a price worth paying’, was the most stupid thing she ever said.

No one, however, will ever let her forget it.

Albright may not be part of the current warmongering US administration, however, during her term of office as Secretary of State for Foreign Affairs in the Clinton administration she:
• Stalled deployment of UN troops in Rwanda and threatened to veto any increase in UN troops in the region
• Advocated the bombing of Serbia despite warnings that this would escalate violence with the comment ‘what’s the point of having a superb military if you can’t even use it?’
• Warned the UN Secretary General, Boutros-Ghali, against criticising Israel’s bombing of the Qana refugee camp in Lebanon during which 100 were killed, and then vetoed his reappointment.

Oxford peace activists were out in force, both at her book-signing in Borders and at her Oxford Union address - from a candle-lit vigil outside Borders to a spontaneous but staggeringly well co-ordinated direct action that barricaded her in the car park for 45 minutes in her chauffeur driven car. People were dragged from the bookshop frothing fake blood, ranting and articulating good arguments too – we are Oxford after all.

After carrying her around in a police van for an hour, police took Albright up the back passage to the Oxford Union, pushing past lines of protestors. She missed her dinner appointment and finally appeared in the Union an hour late and looking rather shaken. Shouts of ‘Terrorist!’ and ‘War Criminal’ could be heard echoing around the college walls well into the night.

The passionate protest against Albright’s presence can be seen as a symbol of the deep feeling aroused by Bush’s impending arrival in the UK (19th, 20th, 21st November). Her next book signing will be in London on Thursday 30th October.