After the police told the organisers of the Campsfield 10th anniversary protests that the planned demonstration couldn’t go round the back of the detention centre where detainees can come out into a yard and hear the demonstration, three banners mysteriously appeared snagged high on the perimeter fence last night. Stating ‘No One is Illegal’, ‘No Deportations’ and ‘No Detentions’, these banners were clearly visible to detainees inside providing a much needed morale boost for the asylum seekers, who quite often spend more than a year locked up with no trial and no charge waiting for their applications to be considered. 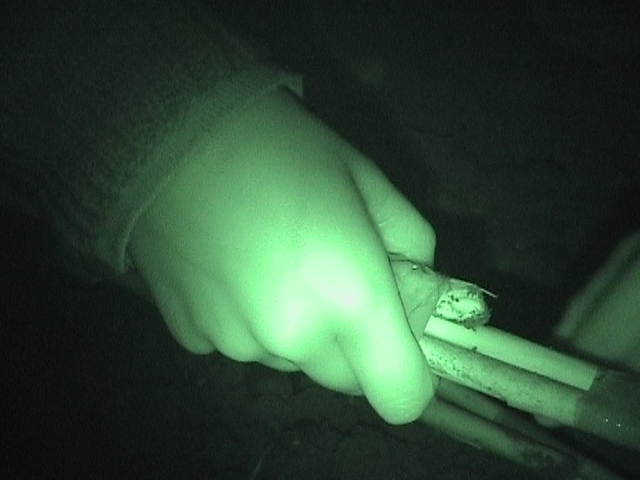 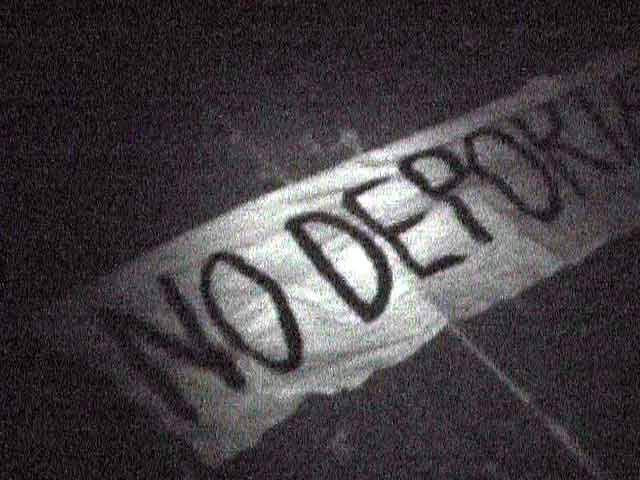 Group 4, with their usual disregard for the truth, told the police that detainees were upset by the fact that people outside were vocally supporting them with drums, chants and loud hailers. The police even had the audacity to cite the Human Rights Act ‘that detainees have the right not to be disturbed in detention’. For more information on how Group 4 have themselves managed to disturb detainees, and breach their human rights, see Group 4’s profile on www.corporatewatch.org.

Over the last ten years, campaigners have frequently asked detainees their opinions of the often large monthly demonstrations that have taken place since the centre opened. They have been told over again that detainees are extremely glad to know that they have support on the outside.

Get down to Campsfield House between 12-2 pm today (Saturday 29th) for the National Demonstration called for by the ‘Campaign to Close Campsfield’. And see if you can get around the back and add another message to the banners snagged on the 20 ft high fences amongst the razor wire and security cameras!!!