Report on unity rally of 19 January 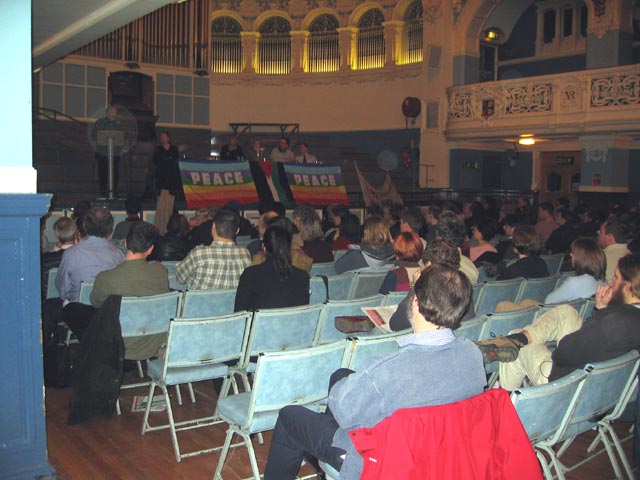 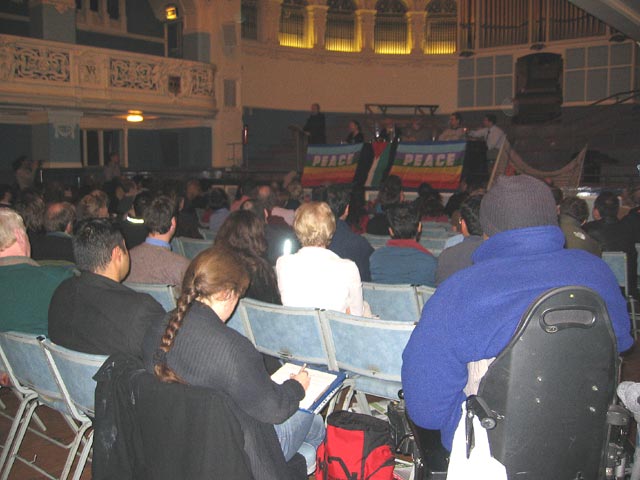 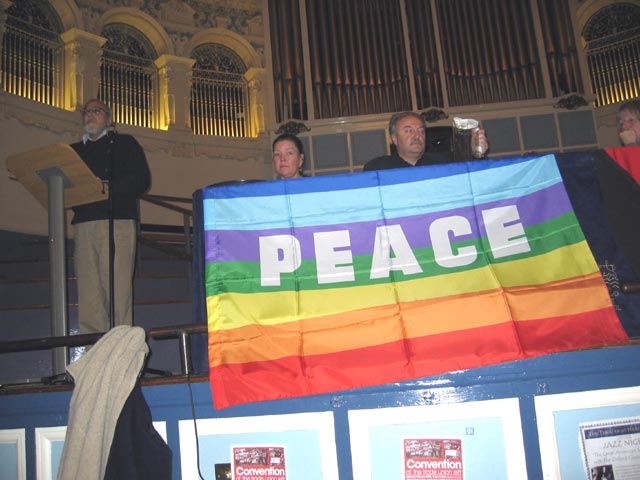 Last night, 19 January 2004, there was a rally at the Town Hall entitled 'British politics at the crossroads'. This marks the early stages of an attempt to launch a new political party in Britain that will offer a serious alternative to the current New Labour party, deeply discredited in the eyes of many including those in the anti-war movement. Speakers were Linda Smith (FBU), Dr Siddiqui (Moslem Parliament), John Rees (SWP), Mark Serwotka (gen. sec. PCS)and George Galloway MP. Nuala Young of Oxford CND was in the chair. George Galloway insisted on the need for inclusiveness and urged members of existing political parties to put their doubts to one side and get involved. He was, as usual, an impressive and charismatic speaker. Aware that local Green MEP Caroline Lucas was very highly thought of in the area, he laid to rest any fears that he might endanger her position by standing for the European Parliament in this constituency. No such reassurance was forthcoming, however, in the case of Jean Lambert, Green MEP in the London area, who despite her good reputation has a relatively low profile.This rally, with a good turnout of around 400 people, was one of a series taking place around the country including Liverpool, Preston and Cardiff, due to culminate this Sunday, 25 January, in a National Convention in London(10.00am, Friends Meeting House, Euston Road)
Yesterday evening essentially saw a brief review of issues causing intense discontent 'on the left' and introduced us to some of the personalities wishing to challenge the government, but as yet there is no clear platform of policies or indication as to the structure and way of functioning of this potential new party.

(audio report of G. Galloway is contained in a later posting, article 284181. It's in MP3 format, 5.7Mb, and takes about 25mins to download via dial-up connection)